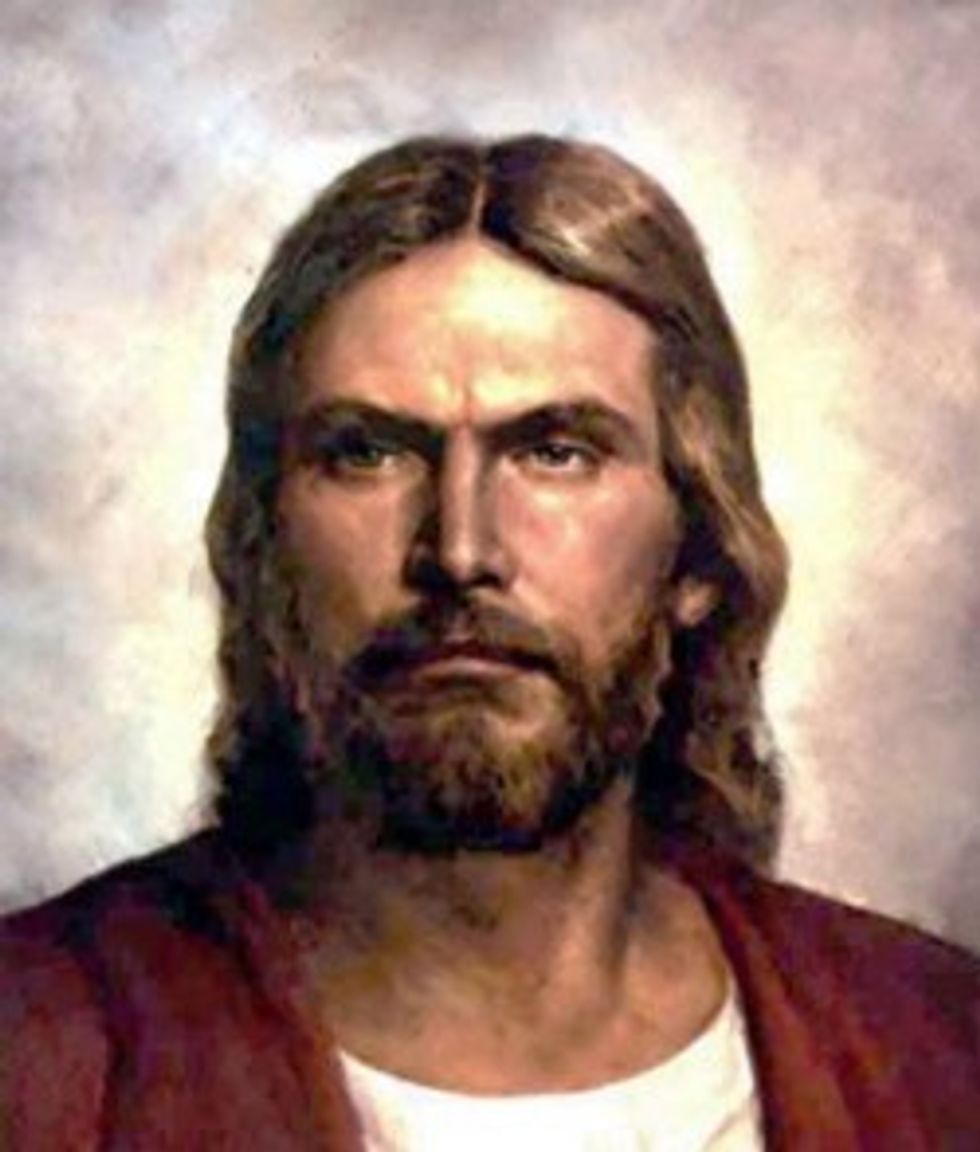 Yesterday, we had a bit of a warm feeling where we're told our heart should be when a Godless Arizona Democrat used his turn to give the legislature's invocation to invite his fellow lawmakers to look around and see their common humanity, their fellowship, that whether they agreed on certain issues or not, they were all here at this moment in time to help better society for Arizona and mankind.

Well, by the end of the day, a Republican senator had "redone" the invocation cause it wasn't to Jebus and didn't count. Not only that, but when Rep. Steve Smith invited his fellows to redo the prayer with him, it was in "repentance" for having mocked God by not praying in the way commanded by Rep. Steve Smith.

Republican Rep. Steve Smith on Wednesday said the prayer offered by Democratic Rep. Juan Mendez of Tempe at the beginning of the previous day's floor session wasn't a prayer at all. So he asked other members to join him in a second daily prayer in "repentance," and about half the 60-member body did so. Both the Arizona House and Senate begin their sessions with a prayer and a recitation of the Pledge of Allegiance.

"When there's a time set aside to pray and to pledge, if you are a non-believer, don't ask for time to pray," said Smith, of Maricopa. "If you don't love this nation and want to pledge to it, don't say I want to lead this body in the pledge, and stand up there and say, 'you know what, instead of pledging, I love England' and (sit) down.

"That's not a pledge, and that wasn't a prayer, it's that simple," Smith said.

Did anybody else call out Steve Smith for getting to decide what is and isn't prayer, and whose religion does or doesn't count, and also, while we are at it, being a filthy cockjackal? Sure!

Arizona House Speaker Andy Tobin, a Republican, was like, "Dude."

"From my perspective I didn't see an issue with Mr. Mendez yesterday," said Tobin, R-Paulden. "I can appreciate what Mr. Smith was saying, but I think all members are responsible for their own prayerful lives and I think the demonstration that we take moments for prayer we all do collectively and in our own hearts."

Then there was this lady, but she is probably not even white, so whatever.

Rep. Jamescita Peshlakai, who represents a northern Arizona district on the Navajo reservation, did take offense. She said Smith's criticism of another member's faith, or lack of it, was wrong.

"I want to remind the House and my colleagues and everybody here that several of us here are not Christianized. I'm a traditional Navajo, so I stand here every day and participate in prayers," even without personally embracing them, said Peshlakai, D-Cameron. "This is the United States, this is America, and we all represent different people ... and you need to respect that. Your God is no more powerful than my God. We all come from the same creator."

Dude, tell it to Steven Crowder. His Jesus will kick your Great Sky Father's ASS.

But let us get back to the only religion, Jesus. Did he have any words for this situation?

And when you pray, do not be like the hypocrites, for they love to pray standing in the synagogues and on the street corners to be seen by others.