Thank You, Germany, For Making An '08 Election Musical 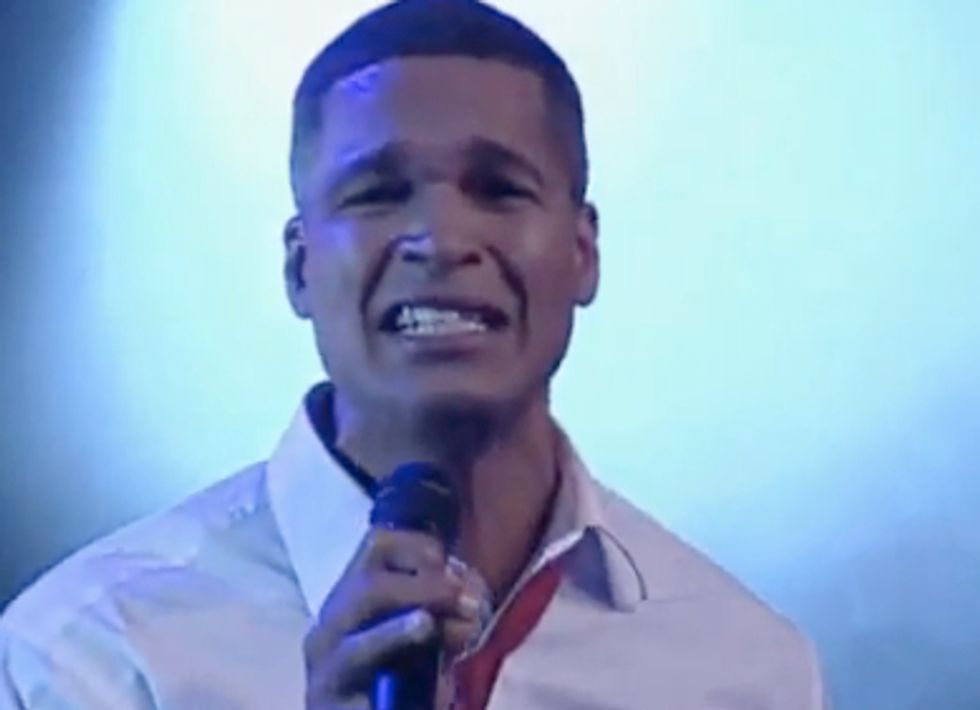 Why did Germanymake a musical following President Obama's life and path in the 2008 election? That's not important. The important question is why don't Hillary Clinton and John McCain always have backup dancers when they're speaking? Hope! – Das Obama Musical may seem like a glorified wedding band performance, but it's really much more than that. It also features black people singing about their feelings for Obama and break-dancing. And an old Jewish mother singing in German about her beautiful scarf.

According to the show's website, it will be touring soon in Europe and the United States, so we promise to force Riley to go on a date with Andrew Breitbart to this thing and take pictures for you. [YouTube via The Corner]