Thanks For Waiting, Middle Class! The President Will Rescue You Now 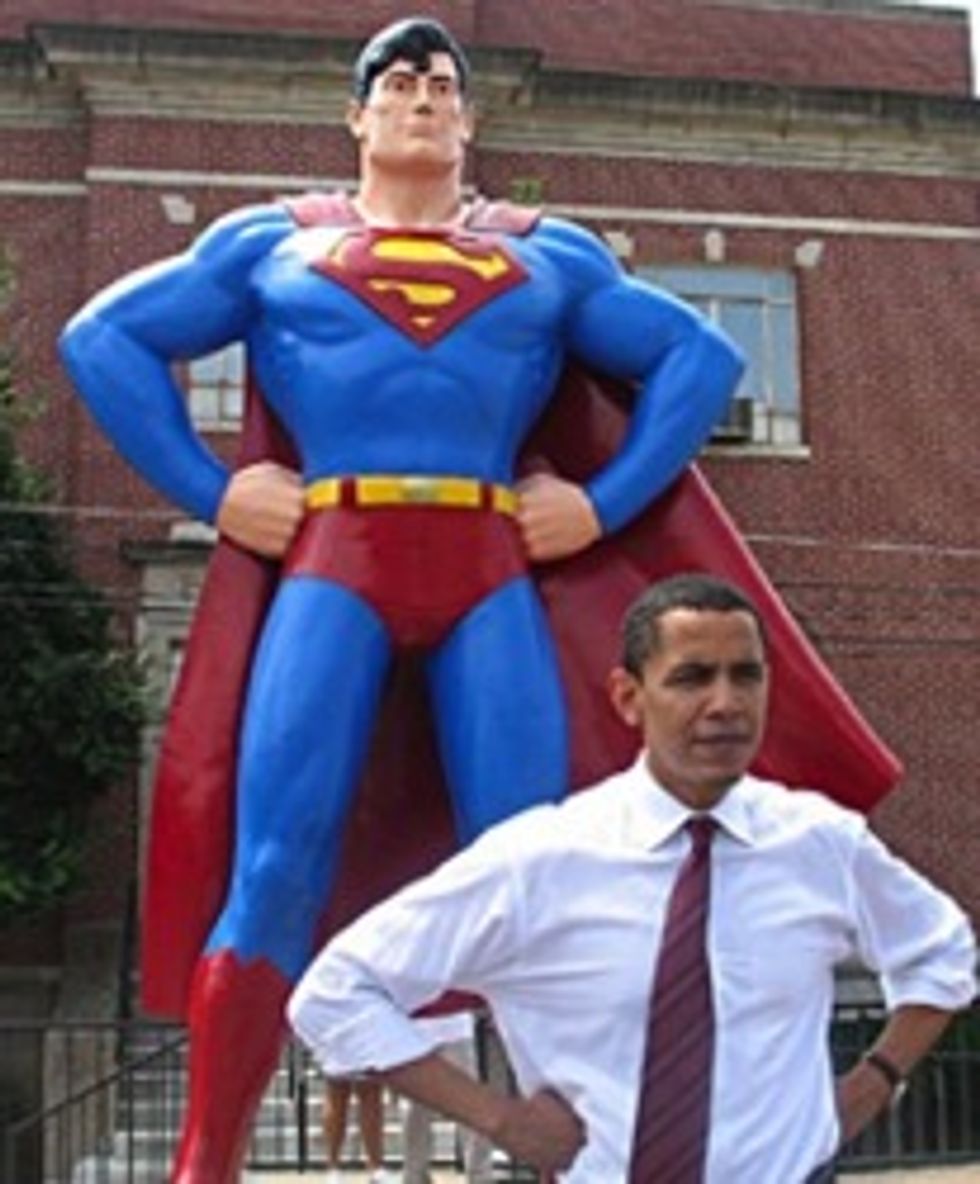 Oh ho ho ho, all those Teabaggers with their "Where's MY bailout?" signs will have toclimb out of their microtards and STFU because President Obama is going to save Main Street, finally, now that Main Street has foolishly elected a naked Republican with clamshelled daughters because everyone is so distressed with Wall Street. So: how will President Obama "help the middle class"? TAXCUTSTAXCUTSTAXCUTS.

Also, a few inexpensive programs for the Olds and the Childrens:

For example, the president is calling on Congress to nearly double the child care tax credit for families earning less than $85,000 — a proposal that, if adopted, would lower by $900 the taxes such families owe to the government. But the credit would not be refundable, meaning that families would not get extra money back on a tax refund.

Another of the president’s proposals, a cap on federal loan payments for recent college graduates at 10 percent of income above a basic living allowance, would cost taxpayers roughly $1 billion. The expanded financing to help families care for elderly relatives would cost $102.5 million — a pittance in a federal budget where programs are often measured in tens if not hundreds of billions of dollars. And the automatic paycheck deduction program would simply be a way to encourage workers to save, and would include tax credits to help companies with administrative costs.

So this is the president's much-anticipated descent into craven populism, now that the banks have officially and for the last time shat in his soup! Now comes the leftward lurch, the descent into Soviet-style social engineering, the wanton flinging about of tax credits and automatic paycheck deduction programs. Your Wonkette will be moving to Cuba, where people at least admit they're communists.