That Joe the Plumber Idiot Has A Black Friend Now 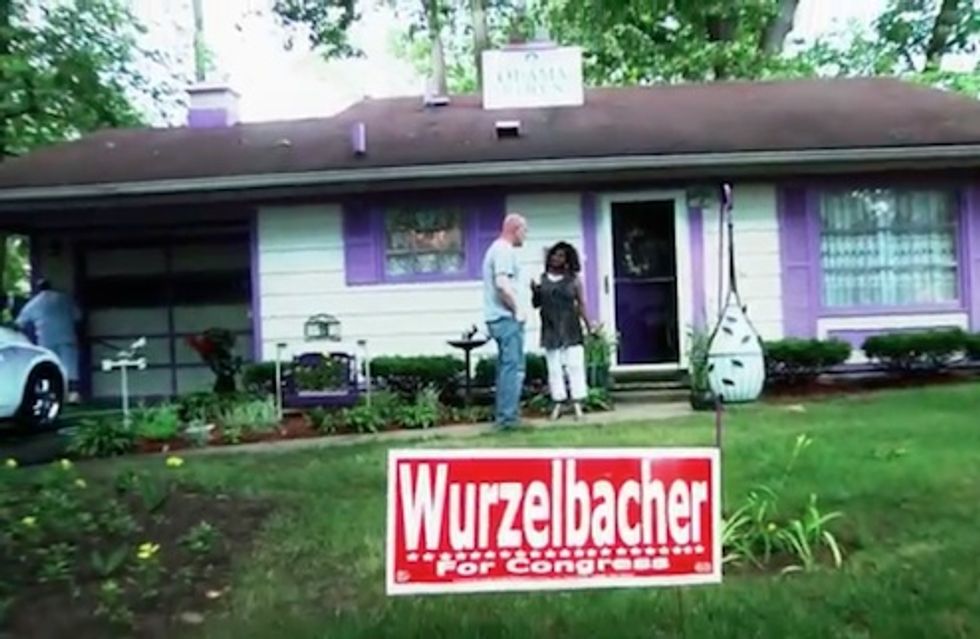 Dung-pile peasant turned right-wing avatar Sam Wurzelbacher, who likes to pretend his name is Joe and also likes to pretend he is a plumber, has a black friend! She’s really likes Sam the Unemployable Guy Who Pretended To Be A Plumber and she’s also a big fan of President Obama. Probably, because she’s a black! That’s what makes her friendship with Sam so remarkable.

Sam’s black friend is named “Mother Georgia,” which doesn’t sound like an actual name so much as one of those condescending nicknames white people gave to their African-American nannies in movies featuring Emma Stone. But let’s take Sam, who pretends his name is Joe, at his word that Mother Georgia’s real name is actually Mother Georgia.

Anyways, Sam and Mother Georgia are real good friends even though they are of different races and she voted for the current president whereas Sam believes Obama wants to take away our guns so he can restart the Armenian genocide. It's just one of those normal heartland differences of opinion between real 'Mericans that John Mellencamp sings about.

Bravo, Sam Wurzelbacher. You have exactly one acquaintance that does not perfectly share your background and worldview. Truly, Dr. King’s dream has, at long last, been fulfilled.