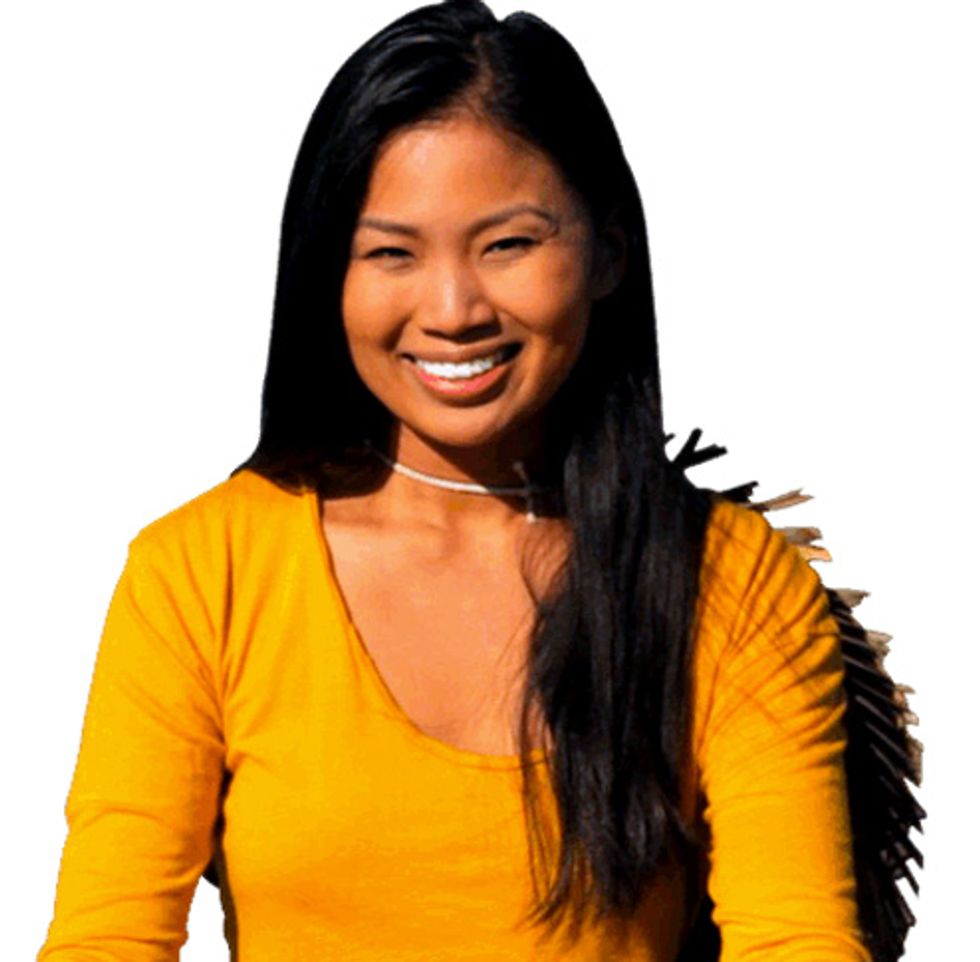 Michigan senatorial candidate Rep. Pete Hoekstra -- pronounced "HOOKER," in histerrorist Dutch inflection -- went on the teevee yesterday to defend his comically racist ad about the evil lady in China or Vietnam (who cares) who, thanks to Sen. Debbie Stabenow, has stolen all of America's jobs in Vietnamese or Chinese rice paddies. "There's nothing in here that has a racial tint at all," derpeth the clown. Hmm... so then why was the evil Asian lady's image titled "yellowgirl" as it actually was on the hilarious companion racist website DebbieSpendItNow.com?

It could be that "yellowgirl" was referring to her shirt. That is a solid theory. Another: It was referring to her race. By now the image file appears to have been renamed "yellow-shirt," however, so make your mean jokes about Pete Hoekstra's racist internet files quickly before everyone forgets! Your Wonkette has named its image in this post "NiceLadyFromAsia.jpg," though, as part of our contribution to the National Conversation about Race that doesn't exist, thank god.