The Basil Marceaux Has Become SELF-AWARE, Is No Longer That Fun 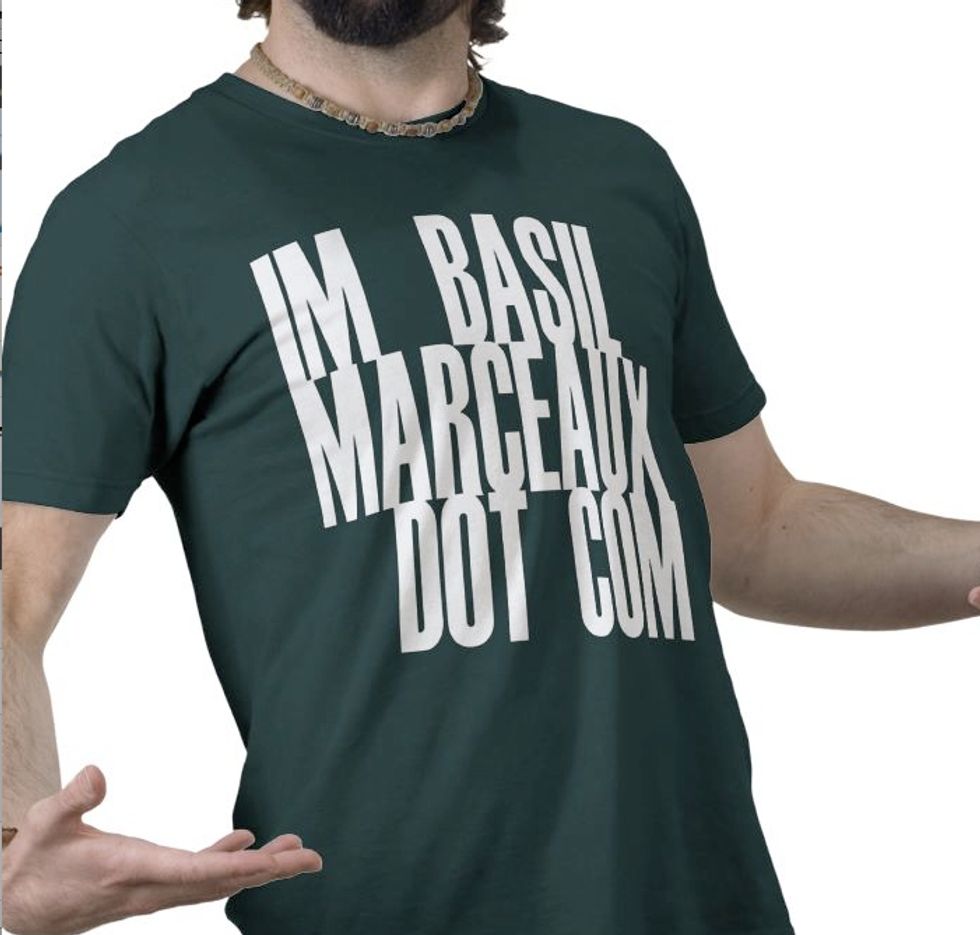 Since we introduced you toyour 2010 election boyfriend, Basil Marceaux, the man and his opposition to traffic-stop slavery have achieved virulence here on the Internets. Basil's infamous local news broadcast introduction to voters has shown up and been laughed about on teevee shows as well. But the problem is that, despite his seeming avoidance of sanity and spelling and grammar norms, Basil is aware that he is now Internet-famous and is now looking to capitalize on it. Basil needs to put on a brave face and go back to being 100% crazy, because right now he may be JUMPING THE SHARK.

See, we can laugh at him and his badge, but he consciously calls himself "Basil Marceaux Dot Com" now. Is there too much fake here to enjoy the real craziness? It is an open, evolving discussion.

Mediate decided to do some "Jack Stuef Journalism" and called up Basil, and look how he opened the interview: "You’re not gonna make an ass of me, now, are you?” C'mon, Basil, at least pretend to not understand what is going on.