The Foreigns Will Not Be Getting Off Their Rats' Asses 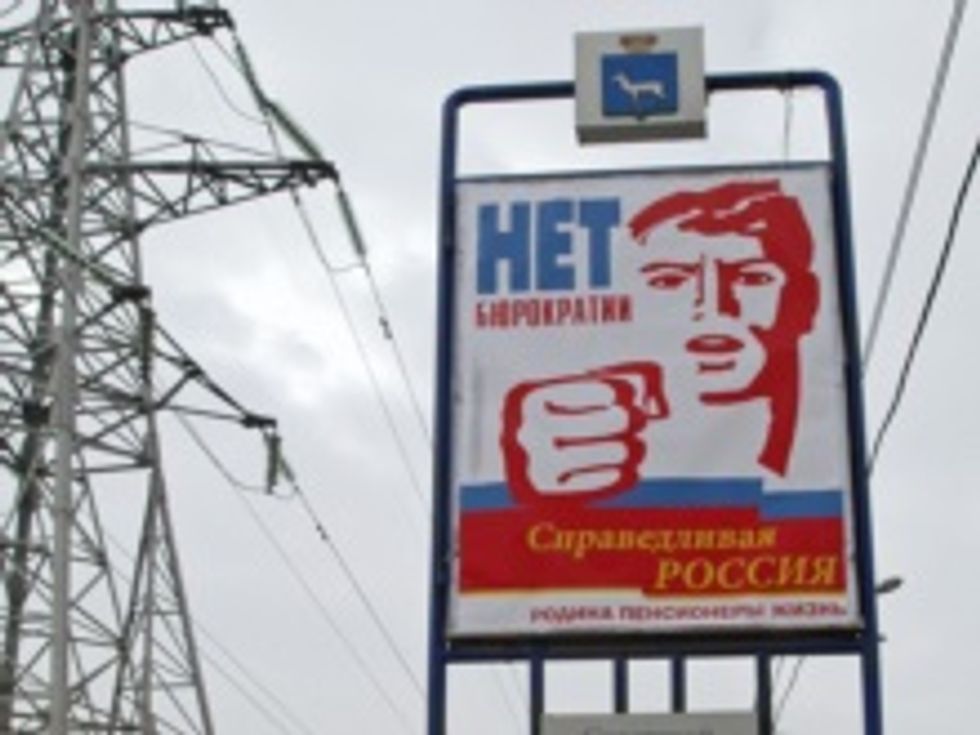 Greetings, fellow Americans! Here in America, we have finally reached the point where candidates begin running for president even before the fucking mid-term elections, so we basically have political campaigns going on all the time. The one saving grace, of course, is that the public face of these campaigns is run by America's graphic designers, video editors, and advertising copywriters, whose skills are unparalleled. America may not grow or make and assemble or process or understand anything anymore, but if you want shit -- or shitty people -- sold to you, the US of A has still got it. But what of The Foreigns? When they run for president or chancellor or king or whatever, who designs their posters? The answer, sadly, is: more Foreigns! They're often not as good, though as you'll see after the jump, there are certain flashes of brilliance.

The Foreigns often have a hard time getting past the stage of "Hello! I am your candidate and this is what I look like! Here, let me put my face on a five-foot tall billboard so you can see my every pore!" An American handler would have told this Danish dude that maybe there should be something going on in the background here to distract from his pale reediness -- perhaps his perfect Aryan family could be gazing at him lovingly, demonstrating his nobility of heart? If you thought that just putting all of the text on your sign upside down would help, I'm afraid you're mistaken. Also, that black pullover may go over great at art openings and Copenhagen discos, but have you thought about putting on a tie?

This Indian fellow is still of the "Look at me!" school, but his game is a little bit better. "Why wouldn't you want to vote for me? Why, I'm just as comfortable in traditional Indian garb as I am chilling in a polo shirt, sneakers, and sunglasses! And check out my hairless chest!" It'd perhaps be more appropriate for an online dating profile, but whatever. Bonus points for having the thing hand-painted! That's just attention to craft.

This shit, on the other hand, is weak. "Oh, hi, Mr. President Bakiev of Kyrgyzstan, our market research has shown that Kyrgyz voters have vaguely fond memories of the Russian Revolution, so we're thinking of just Photoshopping your head onto a propaganda poster from that era. What's that? It doesn't matter because you're going to crush all dissent and not allow any opposition parties to win seats in the parliament anyway? OK!"

Now this one is more like it. "VOTE FOR ME, RUSSIA, OR I PUNCH YOU IN THE FACE!" You get three guesses on which president and future prime minister this political party is associated with!

Oh, Yulia! We're not allowed to just make this column "Yulia Tymoshenko: She's not at all like us!" but sometimes we'd like to. Maybe some week will go by where you aren't featured here, but not if you keep doing stuff like this. I think this is actually two different posters. The one on the left is obviously aimed at Ukraine's burgeoning D&D/Lord of the Rings nerd demographic. Yulia's vorpal sword will slay economic problems and political foes alike! On the right, we see that she's itching for that role in The Fast And The Furious: Kiev On Two Wheels. I'm telling you, if Hillary or Mike Huckabee did a campaign poster like this ... it would be terrible, actually. ONLY YULIA TYMOSHENKO CAN BE YULIA TYMOSHENKO.

And this one's from Trinidad, where graffiti is apparently an acceptable vehicle for a PSA, and giant literate rats are considered adorable. Is it any dumber than VOTE OR DIE?