The Internet Smacks Nazis With Banhammer Of Righteous Justice 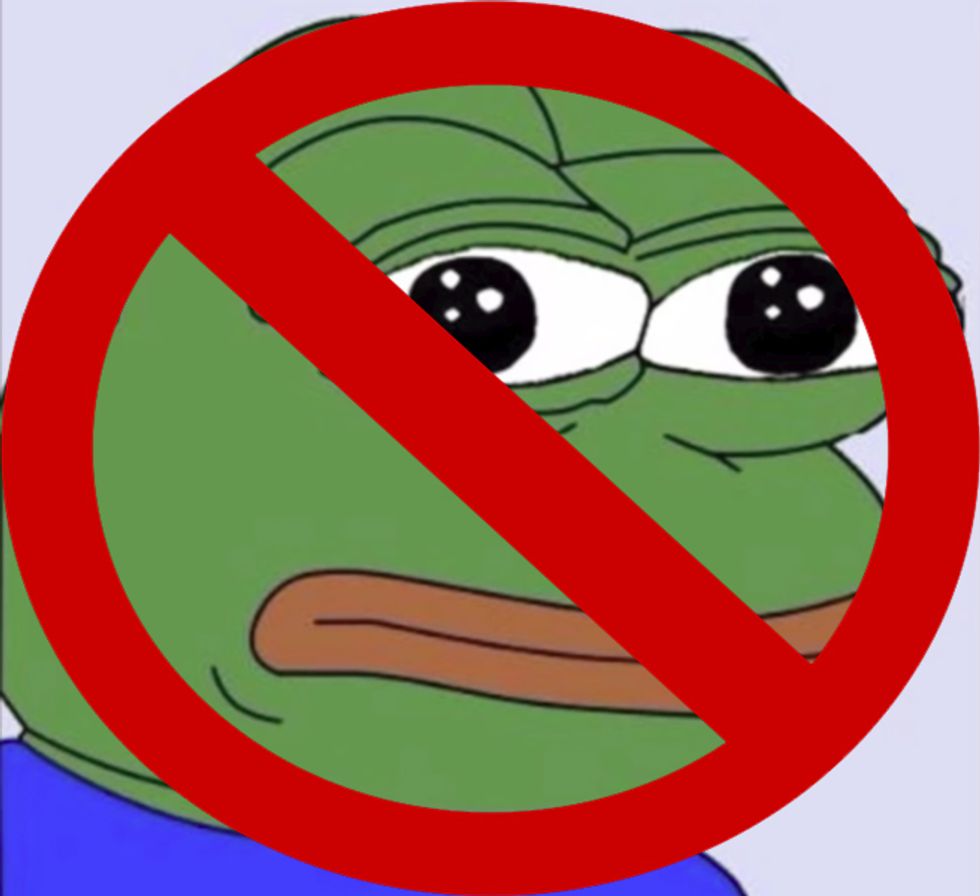 Not many rules exist on the dumping ground for cute cat videos and short bursts of verbal diarrhea that we call the Internet. There's Rule 34, the so-called "Streisand effect", and Ethan Zuckerman's cute cat theory of digital activism, but there just isn't much that galvanized humanity to collectively agree on anything. However, in the wake of Charlottesville, much of the Internet was forced to face the reality that it has helped empower the very hate groups responsible for the death of Heather Heyer.

Rather than engage in the usual arguments about what constitutes free speech, the Internet's hivemind has decided to slap neo-Nazis with comically large banhammers. Over the last week, webhosts joined social media platforms and even e-dating sites in denying service to neo-Nazis.

Last Sunday, GoDaddy announced that it was booting The Daily Stormer for Terms of Service violations, and a hearty game of whack-a-Nazi began across the Internet. DS was then forced off Google services like Youtube, effectively banishing it into the butthole of the dark web.

As the week went on, Daily Stormer kept trying to secure hosting on the open web. After being hilariously denied by Russian servers, they were back online for a second -- at least until NameCheap bailed out on hosting hate speech.

In fact, neo-Nazis across the web found themselves the target of rather clever doxxing attacks. Social media users began to ID Nazi protesters from Charlottesville using photos and video from news outlets, causing a number of bigots to be "You're Fired," and booted off Facebook and Twitter. Chris Cantwell even found his OKCupid profile perma-banned, with CEO Elie Seidma commenting, “OkCupid has zero tolerance for racism. We make a lot of decisions every day that are tough. Banning Christopher Cantwell was not one of them.”

So far, the list of companies punching Nazis includes (but is not limited to):

As white nationalist and other hate groups are kicked off the open web, there is concern from a few legitimate free speech and open Internet advocates. The Electronic Frontier Foundation took issue with Google and GoDaddy's move in a blog post stating, "the consequences of their decisions have far-reaching impacts on speech around the world," because the internet is becoming increasingly decentralized as web companies merge and people congregate on large social media sites. Their argument isn't in defending Nazis as much as it's a warning of the precedent being set in censoring assholes simply for being festering pus-filled warts spewing bile and shit.

The technical censorship of hate groups is becoming a serious concern for super nerds. Google and Facebook are two of the largest communication platforms in our society, and it should raise serious ethical questions when Steve Bannon proposes regulating them as public utilities, Ted Cruz bitches about LIBERAL political influence, or some talking head screams about anti-trust lawsuits. As the war against fake news continues to be fought primarily by vigilant users who call "bullshit" on Breitbart and other "alt-right" propaganda, it's worth considering whether a proverbial nuclear option on hate speech is fair when the goal of that speech is literal genocide.

However, as we question the extent of what constitutes true net neutrality, it's important to take note that many tech companies still profit from hate groups. Advertising and clickbait networks regularly sponsor content with anti-Islamic groups like Jihad Watch, or the anti-LGBT Family Research Council, which accepts donations via PayPal. So, while Nazi-shaming Silicon Valley may have helped to knock the spawn of ol' Adolf back into the bowels of the web, there's still a lot of greasy palms pocketing dirty money from bad actors. Not to mention mixed metaphors.