'The Left' Is Anti-Science Because Of Hippies, Says New Dumb Book 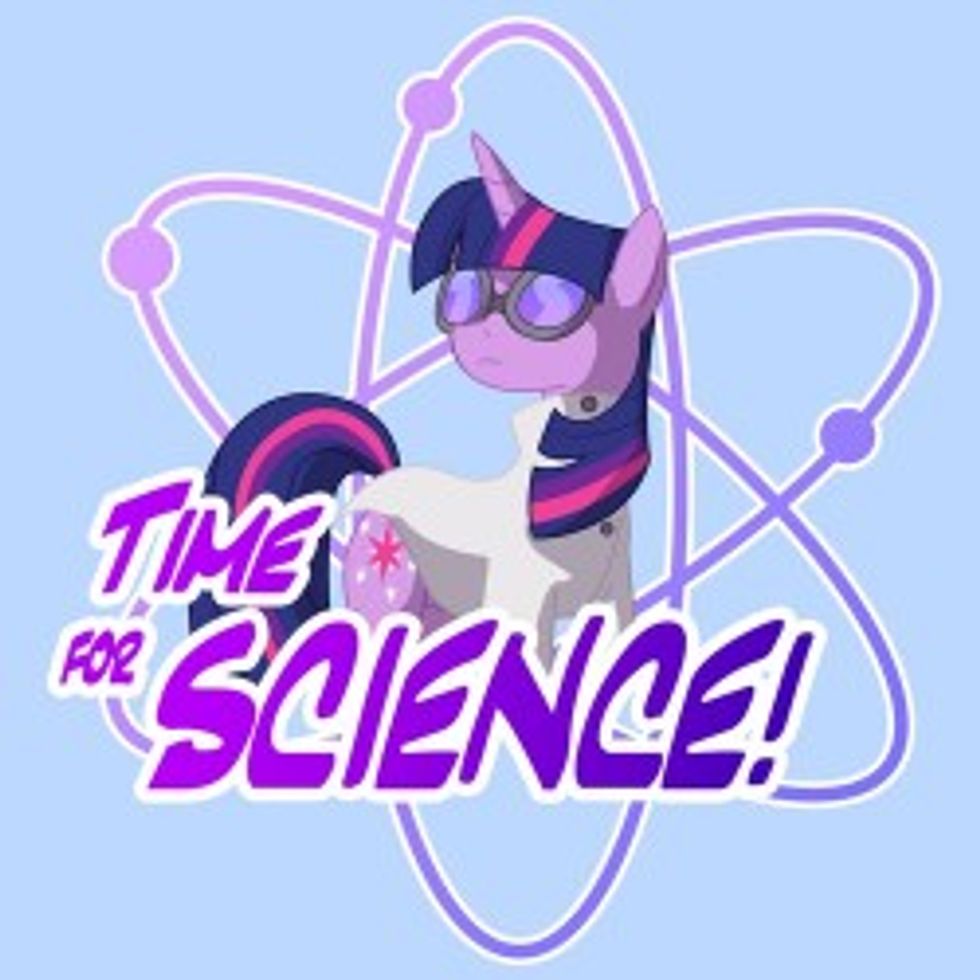 Hey, there, fellow leftists! Hope you're all having a great day eating organic arugula, liberating lab animals from a university research facility, and withholding your children from getting vaccinated! Because it turns out that, despite the fairly well-documented dislike of science facts by many on the right, it's really libruls who hate science, as the Moonie Times discovered when it spoke to Dr. Alex Berezow, a microbiologist and science blogger who just happens to have co-authored a book on that very subject, Science Left Behind: Feel-Good Fallacies and the Rise of the Anti-Scientific Left. It's apparently a kind of reply to Chris Mooney's 2006 The Republican War on Science; we will happily admit to not having read either one. So is this another case of Both Sides Do It, then? Let us "examine" the "evidence" and "form" a "conclusion"!

To start off, it would appear that Berezow is an actual scientist who is convinced that evolution is real and accepts the reality of climate change. That's a nice start! We can even agree with him on his analysis of why the latter is so politically charged:

Unfortunately, when conservatives hear "global warming," many of them really hear "cap-and-trade" or some other policy they don't like. The key to defusing the situation is to make sure the science is separated from the policy. Just because the planet is getting warmer doesn't mean we must implement cap-and-trade. Instead, we could try other methods of reducing our carbon emissions, such as encouraging more nuclear power and natural gas development, both of which are a huge improvement over burning coal.

We will even limit our nitpicking to pointing out that "cap-and-trade" was a "market based solution" which originated in the Reagan administration, because we'd love to be bipartisan about all this. Do lots of libruls oppose nuclear energy? Yeah, probably a fair charge, though our impression is that there's far more diversity on that issue than in the 1970s.

As for natural gas, Berezow's blog/news aggregation site, RealClear Science, takes a consistently pro-fracking stance, even re-titling some articles it aggregates. For instance, an AP story titled "Experts: Some fracking critics use bad science" is transformed on RealClearScience to the unambiguous "Anti-Fracking Activists Literally Ignore Science." But, sure, we're willing to accept that many liberals have a built-in skepticism to the safety pronouncements of giant corporations. We wonder why that might be, when industry has such a sterling record of environmentally responsible behavior.

The rest of the interview has a similar aura of broad-brush accusations. Liberals claim to be for renewable energy, but a subset of liberals oppose hydroelectric dams because of their impact on rivers, and another subset opposes wind farms "because the turbines are ugly and they kill birds." Liberals delude themselves that organic food is healthier or more sustainable than agribusiness, even though "organic farms are inefficient, and we simply cannot feed the world with organic food" (Berezow does at least acknowledge that factory farms overuse antibiotics, increasing the risks of resistant bacteria evolving).

To make matters worse, science itself is infected by liberalism, which may have an "indirect" influence on science education:

There are very few conservative scientists. One survey showed that only 6% of US scientists are Republicans, while 55% are Democrats. In the social sciences, the ratio can be as lopsided as 30 Democrats for every 1 Republican. Obviously, a discipline that is so ideologically skewed in one direction is going to produce research that reflects that internal bias...

Also, teachers' unions -- which are allied with the Democratic Party -- refuse to accept any reasonable reforms in education (such as merit-based pay and charter schools).

That last sentence is a doozy; what merit pay and charter schools actually have to do with science education, we cannot venture to guess -- perhaps Berezow simply wants to undermine the statistical studies which suggest that charter schools are no better than public schools?

Berezow saves his real ire for people who surely do deserve it: the anti-vaccine movement, which really does represent a threat to public health. We were surprised to learn, however, that all of liberalism is responsible for and maybe even dominated by the tiny subset of science-denying loons who refuse to vaccinate their children:

because the progressive Left adheres to two basic myths: The first is that "natural is better" (which explains the fascination with organic food and alternative medicine) and "unnatural is bad" (which explains the fear of "chemicals"). Combine those myths with their hatred of pharmaceutical companies, and you have all the ingredients for an unreasonable opposition to vaccines. A public health official once noted that the anti-vaccine movement seems strongest in places that have Whole Foods.

Oh, those stoopid hippies! They are endangering everyone's health! Never mind that some of the strongest pro-science debunkers of anti-vaccine foolishness are unabashed liberals (see PZ Myers, for instance). And while we're happy to condemn anti-vaxxers as just plain unscientific and wrong, they have nothing like the influence on the left as a whole that the right's science-deniers have. A Democratic candidate supporting childhood vaccinations may upset a few misinformed fanatics. A Republican candidate saying that creationism has absolutely no place in a science classroom will be primaried before the mic goes cold.

Do people's politics affect their perceptions of scientific issues? There's plenty of evidence that it does, and we'll readily agree that the left has its share of loons. In terms of their influence, however, we'll hold off on worrying about the "anti-science left" for a while. Get back to us when it looks like there's a serious threat that public school health classes will be required to teach that crystals can realign the body's chi.