The Lonely Passion Of Chuck Grassley, Counting The Moments Until Obama Calls Again 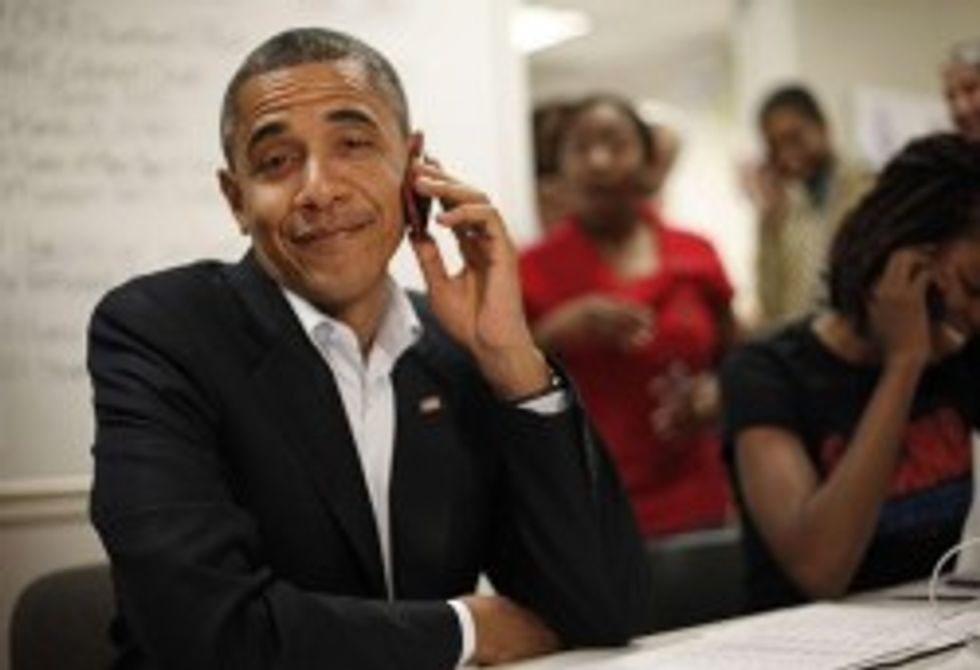 When you were 14 and you were "dating" you might have gotten it in your head to, say, demean your sweetie in public in some sort of "bros before hos" type of thing (LADIES CAN DO THIS TOO WE ARE NOT BEING SEXIST) but then you would try to call them later at home to explain that naw baby, you still totally liked them and why they gotta be so mean? Imagine if you never grew out of that and you were a sad 79-year old and you were still hoping that the person you threatened and made fun of all day long would pick up the phone, just to say hi? If you were that person, oh ye of stunted emotional growth, you would be Chuck Grassley:

Sen. Chuck Grassley, a pivotal deal-maker in Congress, said Tuesday that he has not received a phone call from President Obama in four years.

The lack of communication between the Iowa Republican and the president is an indication that Obama’s new “charm offensive” with Republicans on Capitol Hill has come up short...

In 2009, Obama basically had Grassley on speed dial, calling him frequently during negotiations over an overhaul of the nation’s healthcare system. Grassley at the time was one of three Republicans on the Group of Six, which also included Sen. Mike Enzi (Wyo.) and former Sen. Olympia Snowe (Maine).

“During that period of time, the president would call me on my cellphone and talk to me. I don’t know if it was a half a dozen times or a dozen times, but enough so you remember he called you,” Grassley said.

Way to play it cool there, Chuck, pretending that you weren't keeping a running tally of how many times Bamz' name lit up your caller ID. Chuck must be home at night darning his socks, watching some Matlock, and thinking "what did I do wrong? Why won't he JUST CALL????" Perhaps it is because of all of the things, Chuck:

Grassley, for example, has said publicly that he considers President Obama "stupid." This may have given the White House the impression that Grassley isn't interested in a cooperative relationship with the president.

But even if we put that aside, let's take a nice stroll down memory lane, and revisit what happened when Obama and his team reached out -- with sincerity and regularity -- to the Republican senator from Iowa.

Those who followed the debate over health-care reform closely may recall that by the fall of 2009, "no Republican received more TLC from Barack Obama" than Chuck Grassley. The president and his team reached out to him constantly, hoping that he was the kind of senator who would work in good faith towards bipartisan solutions.

The president and his team were mistaken. While Grassley claimed to be serious about bipartisan solutions on health care reform, he was also, at the same time, making fundraising appeals urging donors to send him cash to help him "defeat Obama-care." Grassley then proceeded to talk up "death panel" garbage and tout Glenn Beck's book.

By August 2009, Grassley told MSNBC that he was negotiating with the White House on a health care compromise, which Grassley was prepared to vote against, even if it included everything he asked for.

Aw, c'mon! Everyone knows that calling someone stupid and cockblocking literally EVERYTHING they try to do is just a way of showing your true colors when you're shy. Bamz, do poor Charles a solid and call him up, why don't you? He's got some really nice words to say about BENGHAZI11!! and the IRS and how he'll never confirm none of your judicial appointments no never. We know in your heart, Obama, that you want a brave man, you want a cave man, you want Chuck to really show you that he cares, really cares, for you.

Marco Rubio Stars In 'Dipsh*ts In Cars Blathering About Socialism'

Did Mike Flynn's Pal Barbara Ledeen Get A Prosecutor Fired For Failing To LOCK HER UP Trump's Enemies List?

PSA: Do Not Fall For Trump's Gaslighting Bullsh*t About Russia's 2020 Election Attacks