The NRCC's Hilarious Twitter Was CENSORED, Because What Is This, Nazi Germany? 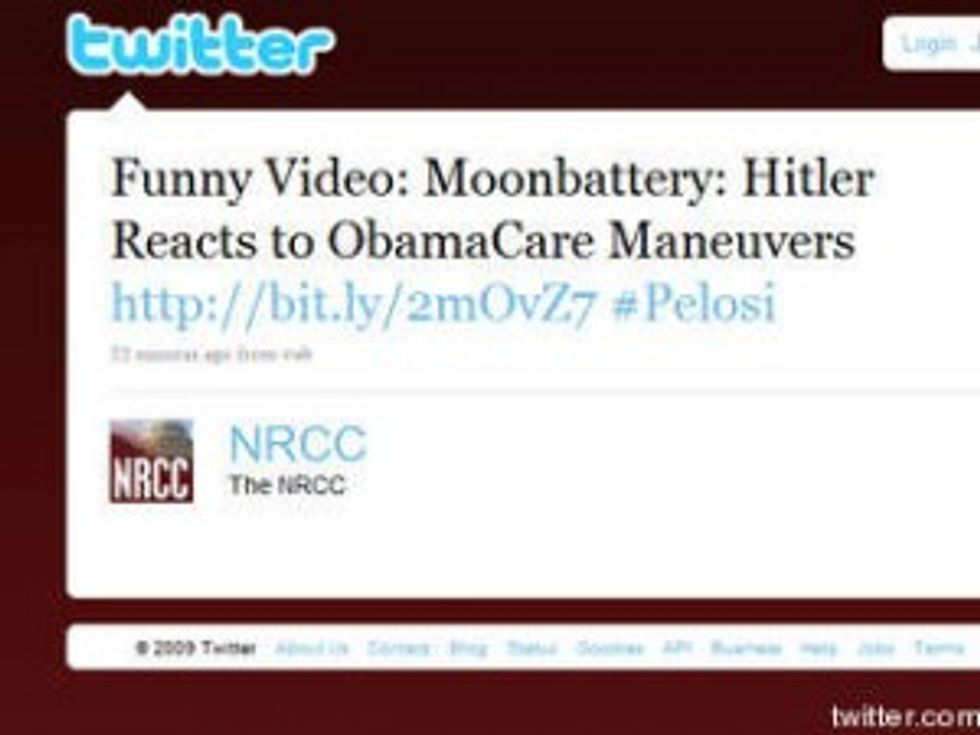 Yesterday the National Republican Congressional Committee thought that the most productive thing to do that afternoon would be to compare Nancy Pelosi to Hitler, on Twitter. A savvy web intern foundsome video of Adolf Hitler planning to kill Jews, only he's speaking in German (!), so what would be great would be if we could just throw up some subtitles that suggest that the kind of genocide Hitler thinks is even cooler is the kind when Barack Obama just FOR NO REASON decides to shut down America's hospitals. Which by the way are in Berlin, according to the Democrat/Nazi's map. In any event, like nearly everything else that happens on Twitter, it was later forcibly removed. [CNN Political Ticker]