The Snake Oil Bulletin: Let's Fill Our Veins With Air Bubbles And Try Not To Die 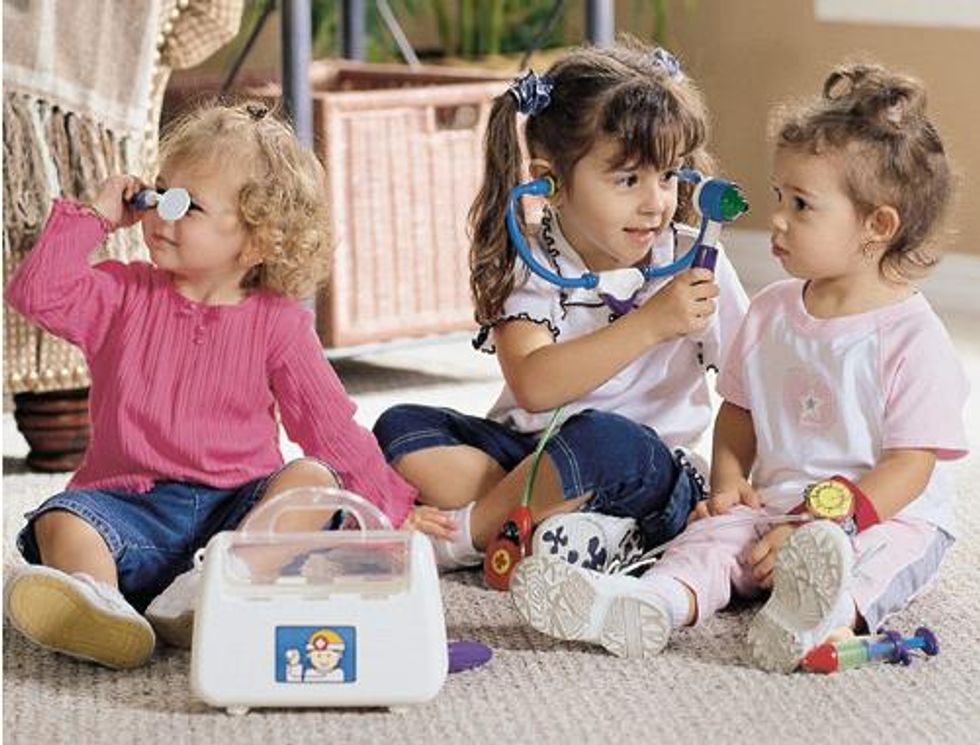 Well howdee, good readers! Welcome back to the Snake Oil Bulletin, the bestest little pseudoscience blog east of the Mississippi. We're presenting a concentrated, extra pulpy version of the Bulletin this week because your beloved Volpe is moving, which means he is buried so deep in boxes of junk he can't even locate his dignity (probably packed it away in the USELESS CRAP / DISHTOWELS box), let alone the time to do much of anything. If you're upset by the shortened length, just think of today's bulletin as the Homeopathic Edition: so small it just has to be that much more effective! Also it costs $14.95 more. We accept PayPal!

So without further ado, let's hop right in!

Back in August, the two men, Cody Stoneking and Karl Bachman, convinced Kim Wang Liu that they had perfected the "Octozone" technique for eliminating pathogens in the blood for the low, low price of $4,400. When Liu hemmed and hawed on the outrageous price tag, the two charlatans offered to have her fly to Vegas for a $100 trial. What did this magical Octozone treatment involve? Well if the two men's sales pitch was to be believed, it was meant to involve a water purifying treatment. What did it actually involve? Injecting oxygen directly into her bloodstream. With a syringe. And the fuckheads made her daughter do it. Because human beings are monsters.

The 74-year-old victim immediately had a seizure, vomited, and passed out. When she regained consciousness, she couldn't move or speak. Her daughter rushed her to the hospital where she was declared dead within a week from an embolism, which is what you call an AIR BUBBLE IN HER FUCKING BLOODSTREAM.

When police and the daughter tried to track down the men who murdered her mother, they discovered that Bachman and Stoneking had cleared out their apartment and were gone. The manhunt was on, and it wasn't until last week when the two were finally tracked down to Phoenix where they were arrested on second-degree murder charges.

The two had billed themselves as "holistic-type" doctors, i.e. ones that didn't have fucking medical licenses. Therein lies the greatest issue with the world of "natural healing" - there is zero licensing procedure, so any quack with a cereal box, a color copier, and a scam to sell can print off a certificate and claim it's the same thing as going to a real medical school. Naturopaths, osteopaths, "total health" chiropractors, holistic wellness coaches -- all of these quacks endanger real people's lives when they play dress up with lab coats and pretend they have any kind of qualifications. And if you think your chiropractor is on the up-and-up because he made your back feel good for a little while, ask him his feelings about germ theory. Prepare to be enlightened.

Scientologists are in Nepal, getting movie deals for all the earthquake victims probably

Speaking of playing doctor, the multiverse's favorite group of psyclos, the Church of Scientology, is here to help you with all your needs, both real and imagined, through your future lives and beyond! Reeling from the bad publicity from the Going Clear expose, the Church is trying to revitalize their image through charity work. While we don't object to the idea of a multi-million-dollar pyramid scheme doing charity work per se, the idea is always prettier than the practice. Specifically, Scientology has decided that their personal brand of woo-woo nonsense is best suited for the devastated victims of the Nepalese earthquake. No depths are too low for the Hubbardites.

According to a report from the Global Post, the Church of Scientology's global disaster squad has landed amidst the rubble of Nepal and has already set to work leeching off distraught people's grief. The Church does not believe in "medicine" in the way normal human beings who live in this dimension understand it. Rather they believe in a practice called touch assist, which states that after trauma a person's nervous system locks up energy in a standing wave, and that by prodding them with a single finger (the manual explicitly says it has to be one finger because two fingers would confuse people), a victim can "unlock the standing waves that are small electronic ridges of nervous energy that is not flowing as it should." If that made any sense to you, you've been smoking way too much dilithium crystal meth.

Scientologists claim that such "assists" can be used to treat broken limbs, boils, unconsciousness, alcoholism, traumatic memories, and especially obese wallets. One Scientology "assist" has the injured person touch the part of their body that was hurt (leg) to the object that hurt them (spiked mallet), because energy magic etcetera and so forth. Shazam! Leg healed! That's the official Scientology line anyway, but we much prefer this assessment from a young girl raised by Scientologists:

[O]ne person who was treated as a child said her mother wouldn’t stop prodding her with a finger until she said she felt better. So of course she said she did.

Who knew all those times you annoyed your big brother by poking him in the back you were really healing his scoliosis?

Anyway, the Scientologists have begun using these "assists" on the people of Nepal, oftentimes by having them go back to the site where their homes used to be and touching the traumatic memories right out of them. While we don't doubt that some people can process their grief a little easier by returning to the scene of a disaster, it probably doesn't help to have some crazy white person who doesn't speak your language needling you in the side with their finger while you do it.

While we do appreciate the Scientologists' claims that they also hand out ready-made meals and electrical generators to the people of Nepal, we're not sure they should be promoting any kind of healing at all when they consider any kind of sickness to be a form of treason. No, seriously:

Hubbard chastised subordinates for wearing eyeglasses, tried to convince them they could see without them, and said needing them was a transgression against Scientology.

OTs should not have accidents and illnesses; when one woman developed a cold sore, she was consigned to a condition of Treason.

Ya hear that, Nepalese people? That piece of driftwood through your leg is your fault. Now walk it off, but only after we poke you a little.