The Snake Oil Bulletin: You Know Who Needs Religious Freedom? Anti-Vaxxers, That's Who! 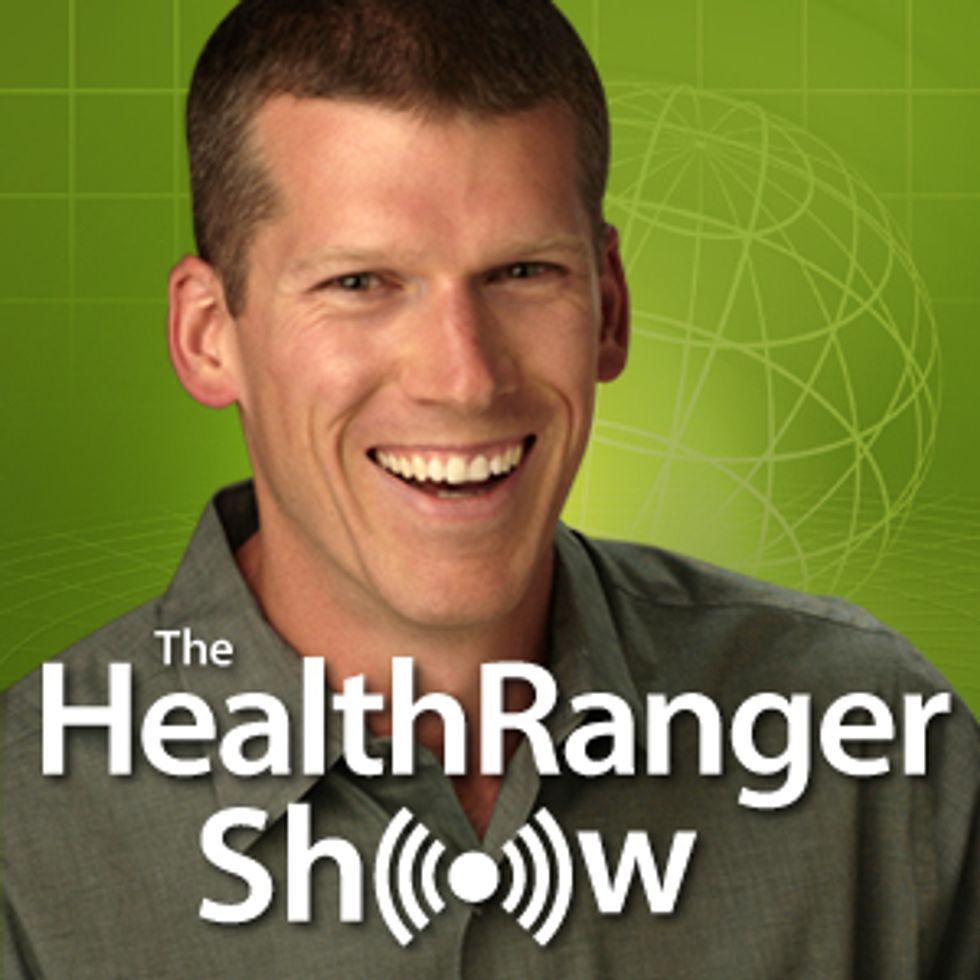 Friends, numbskulls, countrymen! Lend me your ears! Welcome to the latest edition of the Snake Oil Bulletin, your weekly dose of pseudoscientific tincture to wash down the week of cold, boring reality. Are you ready for this jelly? I don't think you're ready for this jelly. Let's get started with a return from our old friend, Mike Adams, AKA The Health Ranger!

Anti-vaxxers are the real victims of everything, screeches anti-vax messiah

Have you been following Indiana's anti-gay clusterfuck with rapt attention? Of course you have: it's been freaking hilarious. But do you know who the real victims of this debacle have been? Is it the gay, lesbian, bisexual, and transgender people who are facing blatant, systematic discrimination? Of course not, they're just being ungrateful whiners who should be thankful they don't live in Iran. Is it the courageous Christianistas standing strong for the Bible's firm conviction of not giving cardboard cheese bread to sodomites? Nah, they're doing pretty great, like about a million dollars great.

No, dear readers. The true victims in this spectacle are the most oppressed minority of them all: America's pro-disease parents.

Mike Adams has a scientist kill-list and says that "calling someone anti-vax is just like the N-word." Super normal. He runs this "natural news dot com" website, which you already know, because that's where you get your kale recipes, and also your paranoid conspiracy stuff! Adams would like to scream some new shouty words at you, about a very important question: What does the Indiana fight mean for the poor anti-vaxxers of the world?

Bigotry is totally acceptable in America, according to the leftist media, as long as that bigotry targets the "correct" groups of minorities. Case in point: The same leftist media now engaged in mass hysteria over Indiana's religious freedom law -- falsely claiming the law would allow businesses to discriminate against gays and lesbians -- openly condones doctors discriminating against minority groups of people who have a religious objection to being injected with toxic vaccines.

That went from zero to victim in no time flat! Impressive! It's like how anti-choice folks can make ANYTHING about abortion. Adams' paragraphs ramble on with a growing intensity, explaining that the REAL victims are the poor anti-vaxxer parents who traipse their precious disease-vector children through public schools. Where's THEIR anti-discrimination law?

Who is telling you these words, Mike Adams? Is it the same voices that tell you open-mouthed Joker grins are the way you should smile? BAD ADVICE.

Here comes the full meltdown, and it is epic:

Emphases his. What in Great Atheismo's name is he talking about? Are the jack-booted FEMA thugs tramping through victory gardens now? Are they slam-dunking children's Bibles into dumpsters? No examples came up anywhere in Adams's  manifesto. Clearly he had some axe to grind but he lost it after one too many rage aneurysms left him unable to brain properly. Another victim of vaccines' deadly power.

We are very sure that in his next installment, he will start spouting off about MK Ultra and the Illuminati Reptilian Industrial Complex, and you will realize you should have left this party over an hour ago.

There has never been a time when this bulletin's name has been more appropriate. According to the Business Standard (or more aptly named the BS), a group of Indian homeopathic "activists" claim that they have found a treatment for HIV/AIDS, using snake venom. They are marketing a tincture made of actual SNAKE OIL. That boom you hear is the sound of our heads exploding in rapturous glee.

Research by doctors at the Hyderabad-based JSPS Government Homeopathic Medical College and Indian Institute of Chemical Technology (IICT) is stated to have shown that homeopathic medicine from snake venom, Crotalus Horridus, can arrest the multiplication of HIV.

In another two-year long study, Mumbai-based homeopath Rajesh Shah has developed a new medicine for AIDS patients, sourced from HIV itself. The drug has been tested on humans for safety and efficacy and the results are encouraging. Shah's scientific paper for debate has just been published in Indian Journal of Research in Homeopathy (IJRH), the official publication of the Central Council for Research in Homeopathy (CCRH) in its online edition.

Homeopaths, rejected by the medical community for their belief that diluting a substance somehow makes it stronger, live in their own strange educational bubble. They have their own unaccredited homeopathy schools, their own poorly reviewed homeopathy journals, and their own sparsely attended homeopathy conferences where they can continue to practice their witchcraft in their safe echo chambers. But it's okay: according to the law of dilution their complete lack of education makes them the most educated people on the planet. QED.

It's like Young Earth Creationists! They do their own thing.

No other sources are cited to prove this alleged miracle cure for AIDS. The article states that homeopathy has, for years, been "converting snake venom and poison from scorpions, spiders and wild bees into medicinal substances," which sounds factual!

Also, snake, scorpion, spider, and wild bee poison sounds like the ingredients to a brutal whiskey shot at a death metal bar; the kind of drink that would have a disclaimer on the menu like "Warning: May Strip Paint from Metal. Do Not Expose to Pregnant Women or the Light of Day." Bottoms up!

As the final item on our agenda we have a movie recommendation! Last Sunday HBO aired the documentary Going Clear: Scientology and the Prison of Belief. It premiered at Sundance a few months ago and boy howdy were the Scientologists mad! Mad enough to send death threats to the movie's interviewees? Of course, the Church's skin is thinner than L. Ron Hubbard's grasp on reality.

Perfect example? The press release they issued in the wake of the film's premiere. Perhaps "press release" is a strong term. It reads less like a company trying to do damage control and more like a middle schooler who just learned her BFF called her "fugly" in math class. Hell hath no fury like a pyramid scheme scorned:

[Going Clear Director] Alex Gibney is proving to be exactly like the sources in his film–no accusation is too irresponsible to make. It doesn’t matter if he lacks corroboration and proof, it’s all about promoting his movie.

Each and every one of the allegations in your questions is absolutely false and rejected. Alex Gibney is getting desperate and is now resorting to ludicrous, made-up claims. The Wrap should ask him for his proof.

Teehee. They SO mad. There's no way they'll sit next to Alex Gibney at lunch now.

Because Alex Gibney ran from any facts that got in the way of his preconceived story line and ignored all our efforts to communicate (over 40 letters and 25 people who requested to meet with Mr. Gibney), we have compiled the unvarnished truth in the form of video footage, court documents, publicly available records and testimonials by pertinent individuals and parishioners worldwide who do represent Scientology, and were intentionally ignored by Mr. Gibney and HBO. All of it 100% accurate. Alex Gibney spins this as “smears.” We call it the truth he ignored.

That claim of "25 people who requested to meet with Mr. Gibney" wasn't 25 individuals reaching out to Alex Gibney through email to clear up some misunderstandings. Rather it was a group of 25 Scientologists whom the church flew to Alex's home in New York to harass him and his interviewees:

Very late in the game, long after I was trying to get interviews with the people who were directly relevant to my story, they said, 'We're sending 25' – unidentified – 'people to meet with you.' Their purpose was not to elucidate the sections of the story I was interested in (but) simply to smear the individuals who are in the film. Indeed, many of those people who were sent have subsequently threatened some of the people in the film. That struck me as a kind of phony gesture.

See? Only the nicest guys take the time to harass and threaten you in person rather than over the phone.

Scientology was founded under the principle of Fair Game, which essentially says that they can use any means necessary in attacking people perceived to be enemies of the church. Though the church "officially" ended the policy back in the seventies, anyone with eyes can see they still operate under very aggressive tactics, and that they don't take well to outside meddling. As part of their Twitter rampage against Alex Gibney, the church alleged any number of character assassinations, including allegations of incest against one of his interviewees that came out of freaking nowhere. The Church went full on Mean Girls with their attacks, calling the movie boring, the soundtrack ugly, and sometimes alleging that Alex Gibney just had no friends, which is the mature response you expect from people who believe atom bombs in volcanoes meant to kill alien space ghosts are the reason you have depression.

Regardless of their attempts, the film has been performing well and is available on HBO Go, which your Volpe will be watching tonight using our account that we, er, found fallen off a truck. Yeah, that's it. Do yourself a favor and watch it. The best cure for this insanity is more knowledge. And also too dick jokes.

Finally, a round-up of some of the best in nonsense from this, your favorite Stalinist Instagram account, Yr Wonkette: