The Time 'World's Most Collected Painter' Thomas Kinkade, Who Is Dead Now, Lied To Us About The NEA 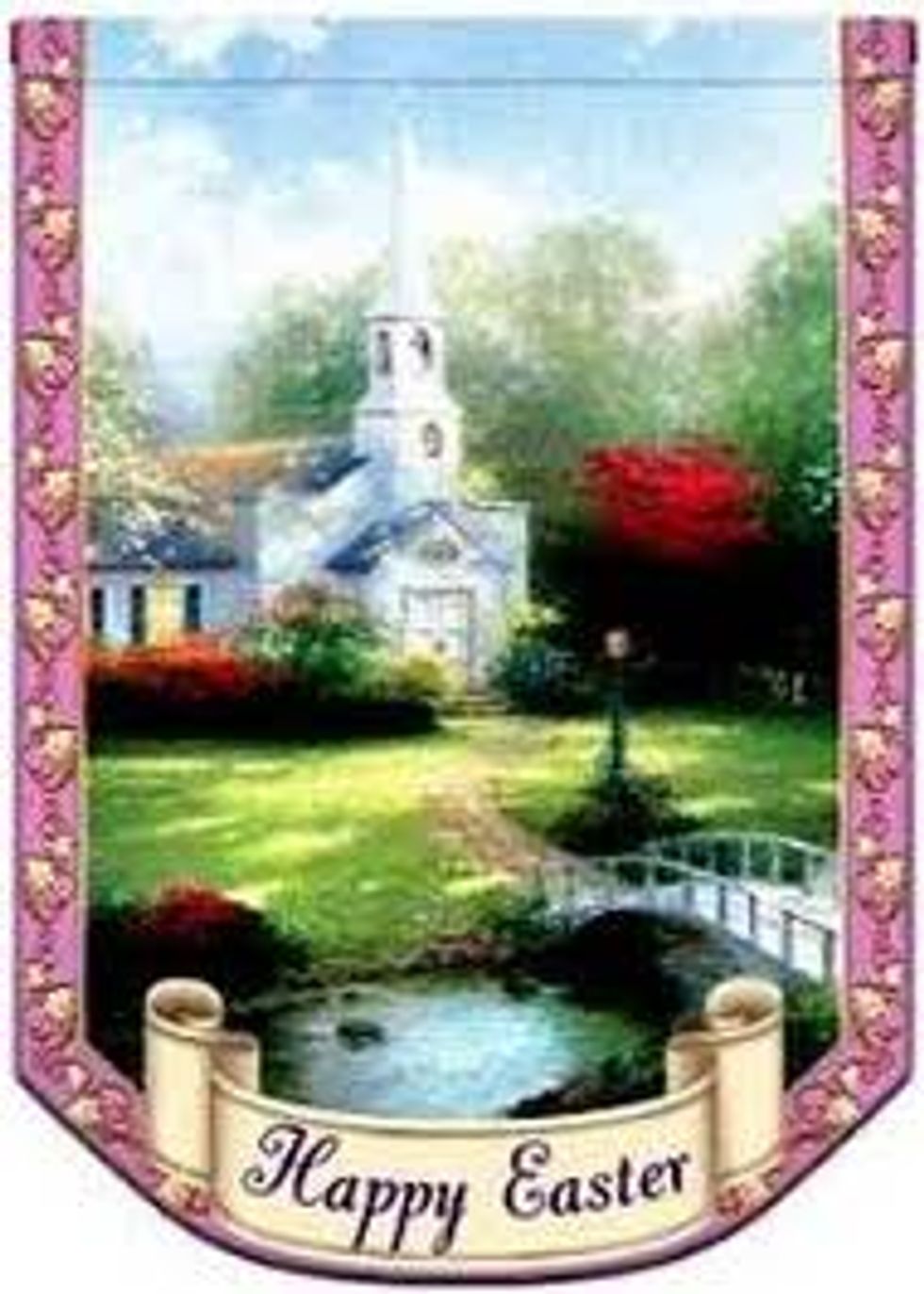 The year: 2004. The place: Grand Central Art Center in Santa Ana, California. The occasion: the "private" opening for an ironic showing of Thomas Kinkade's Christian-fished, trademark-marked work with select important people (at the time, your editrix was an art critic and thuslyvery important) and 300 or so of Thomas Kinkade's closest fans, who had a nice group prayer. That's when yours truly saw a bunch of people on the Grand Central board discreetly gathering in an artist's studio to be addressed by the Master himself, and so decided to crash the party. As everyone stood around, smiling and nodding politely, an old man who was dean of Cal State Fullerton's art department beamed and thanked Kinkade for showing artists how to be financially self-sufficient. Then he spoke joyously of a gal who had found a niche as a Painter of Fish™. It seems when a sports fisherman catches a really wonderful bass and wants to commemorate it, he calls this gal! And she's making a living! Painting fish! The smiles got tighter, and Kinkade took over. He thanked the board for the lovely installation of his work—it's the first time he's been shown at a respectable institution—and approvingly mentioned the exhibit's "subtle irony" so we'd know that he knew that we knew and that it wasn't like he didn't know.

But then, having inculcated in us a shred of grudging respect and having used terms like hyperromanticity so we'd remember he went to ArtCenter, he started in with the Bushian straw men. And those straw men went a little something like this: "Tax dollars, tax dollars, death art, tax dollars, rotting flesh and tax dollars." But everyone knows Damien Hirst is British; he gets tax pounds.

We smiled and nodded, but finally someone on the board grew some big full balls and, smilingly, asked Kinkade, "When you say 'tax dollars,' what exactly do you mean?" "Well, the NEA," grumped Kinkade, who actually had a very smug and loveless face for a Jesus freak (Jesus freaks are supposed to beam with the Light™ of the Lord), and then it was my turn to have a sac full of swimmers, as I (smilingly) reminded him that the NEA hasn't granted individual artists since, well, Jesse Helms. Kinkade didn't have much to say to that, because he had been caught in a stupid rightwing talking point lie. Ha, ha! I WON!

And now Thomas Kinkade is dead, the End. [LATimes]