The Week In Garbage Men: All Of Them, Katie 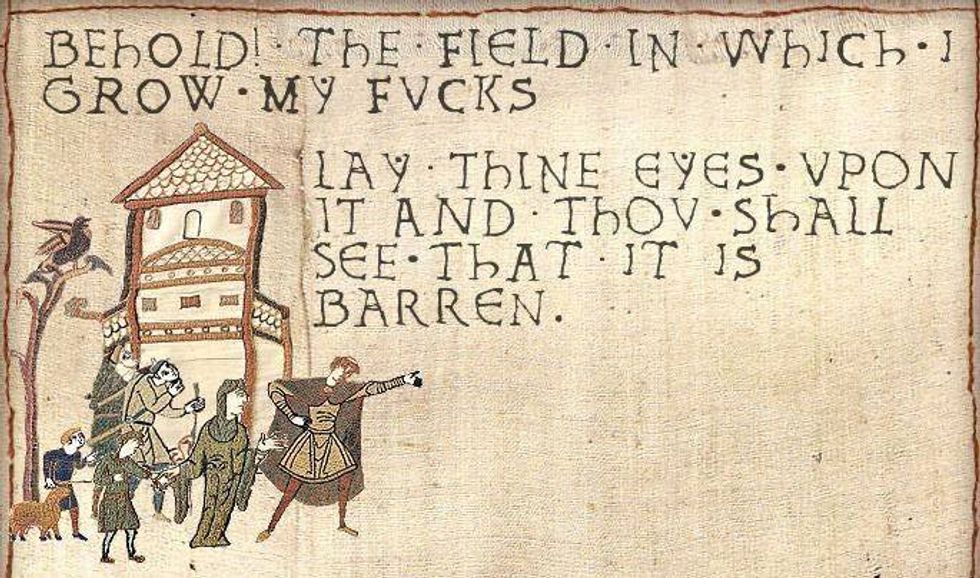 This week, when the news dropped that Reddit was banning the Incels subreddit, a lot of people asked me "But Robyn, WHERE ARE YOU GOING TO GET YOUR MATERIAL NOW?"

It would be nice, almost, if all the garbage men were the obvious ones, the ones lurking on internet message boards, talking about how mad they are at women who wear leggings. If we could say, definitively, that they are all in their mother's basements, not actually bothering anyone in real life. That is, alas, not the case.

I am not going to spend any part of this day, however, scraping the bowels of Reddit for a bunch of gross misogyny. I can't. Both personally and professionally, this week and the last has been a little much for me.

It is time for a well-deserved Silkwood shower.

Right now, I am doing a nice face mask, I am re-reading the S.C.U.M. manifesto, I am drinking my special soda that isn't really soda (seltzer, key lime juice and 5 drops of vanilla flavored stevia stuff -- you should try it, it is good and delicious), I am going to iron my hair and listen to some Odetta, and then I am putting make-up and a nice dress on and going to the wedding of a very bad ass lady I know. Because that's the thing about being a woman. When life throws a bunch of garbage men at you, you still have to figure out a way to pull yourself back together and soldier on.

Shit, I'm even gonna do some contouring. And yes, I am saying this only as an excuse to post this video, which is amazing and hilarious.

So instead, I am going to salute all of the women that have been awesome this week and during all the other shit weeks, and all of the men who have not been garbage. Which, sure, is like five of you at this point, but I'm glad you're around. You know who you are. I am going to encourage everyone for whom this has been a particularly rough month to go and do some self-care, whatever that means for you.

AND NOW THIS IS YOUR OPEN THREAD. Enjoy yourselves and don't forget to leave us a tip, if you can!