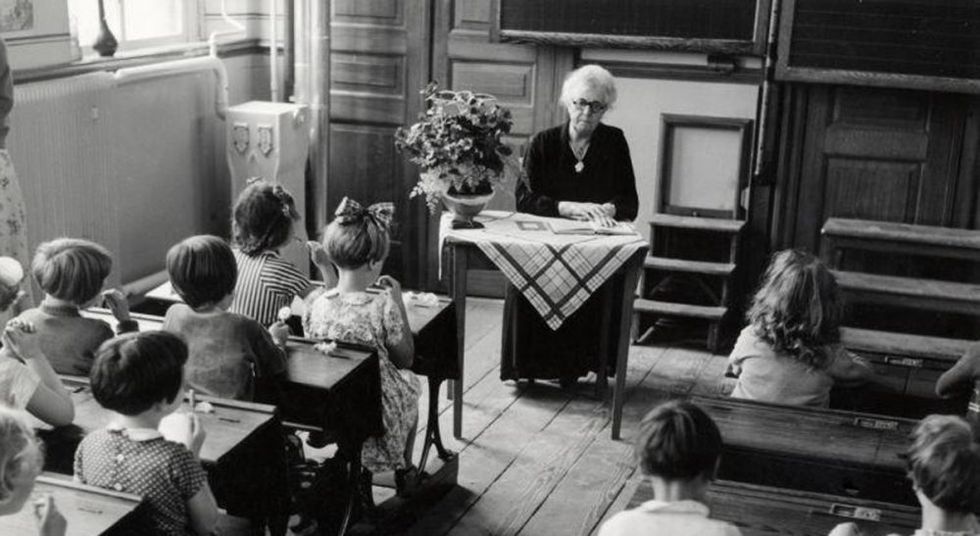 Hello and welcome to The Week in Garbage Men, your weekly peek at all the weirdness the manosphere has to offer!

This week, we journey on over to r/TheRedPill, where a man claiming to be a history teacher at a public school has issued a warning to keep your sons out of public schools! For those not in the know, The Red Pill is a completely bonkers philosophy-of-sorts which holds that it is actually men who are oppressed in our society. Usually by mean feminists who won't let them be their manly selves.

I am a history teacher in one of the most liberal places in the world. Every single bureaucrat in the public school system wants to demean, humiliate, and emasculate boys. The evidence re. the under performance of boys in schools has been compiled and spoken about for ages; however, the curriculum is continually feminized, as are most of the extra curricular activities.

A feminized curriculum? What is that? Does it involve tea parties? No, it involves not letting boys misbehave in class.

I have seen from the inside the ugly nature of female teachers' disdain for energetic male students. Always complaining and overdisciplining them simply because they are rambunctious. When these very same boys behave for me, my female colleagues always mutter, 'oh it is because you are a male teacher!'. No bitch, it is because I am competent, and I actually encourage them to compete in gym class.

Yes, because we all know how well the "Welp! Boys will be boys!" tactic worked out for those of us who lived through those years.

But, not only are boys expected to not misbehave in class, they are not even permitted to bounce soccer balls on their heads -- like they are girls or something!

A few days ago some boys approached me from another class and asked if I could ref their soccer game. I, of course, accepted; however, a few of the boys started saying that they are not allowed to head the ball. I asked them why? As it is an integral part of the game, and they said their teacher (this crazy, lazy, always on her computer during instructional time feminist that always whines about the pay gap) said that it could lead to concussions. I was, of course, surprised and horrified at this revelation.

Horrified indeed! Can you imagine, this stupid feminist teacher lady just making up that heading a soccer ball causes concussions and brain damage, in order to take the rambunctious joy of doing that away from these young lads? So cruel!

Except that scientific studies have shown that not only does this cause concussion symptoms, but that it also causes brain damage.

Of course, those studies were probably done by lady scientists, who don't want young boys to have any fun!

I showed them a proper heading technique, told them to tell their teacher how ridiculous she was being, and reffed the game. This took me back to high school, when a female teacher crushed my hopes and dreams about learning the nitty gritty details of World Wars I and 2 by focusing an inordinate amount of time on the 'home front', you know, when the women were home making munitions, while their men died in horrible conditions somewhere.

I have heard female administrators slam boys for normal behaviour, some going as far as to call them 'sexual predators'. I felt bad for one kid in particular. He was showered with texts and photos from one particular female student, ended up doing some 'inappropriate' things in the boys change room, and then he was subsequently blamed and destroyed. Later evidence proved this kid did nothing wrong, but he was still known as a 'groomer'. There were absolutely zero repercussions for the girl, after wasting school and police services.

I know the mantra here is 'don't get married'; however, if you have a son or multiple sons, avoid the public school system like the plague. If only I could go into the details of how crooked and degenerate leftist the union truly is.

This is probably fine. Maybe they should not go to public schools if they cannot behave appropriately and wish to get concussions? Perhaps that would be better for all the other students who are actually there to learn.

And on that note, this is now your OPEN THREAD! Don't forget to tip your servers on the way out!