The Week In Garbage Men: Daily Stormer Pretty Sure It's Legal To Harass People If You Are A Nazi About It 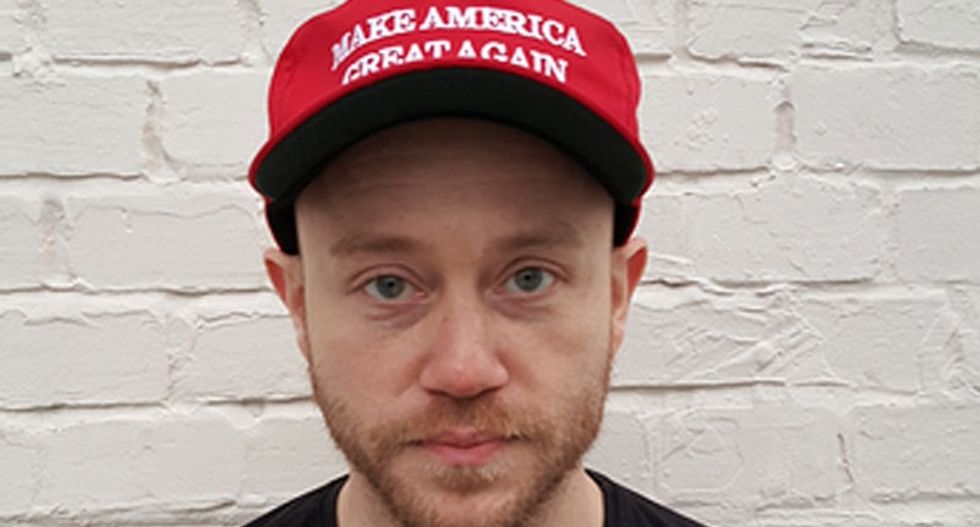 One morning last December, Tanya Gersh of Whitefish, Montana, woke up to an avalanche of anti-Semitic emails, phone calls, voicemails, snail mail, and messages on her social media accounts. Gunshots on her voicemail, memes of her being gassed, threats to throw her into an oven, threats to kill her and her family. Why? Because Andrew Anglin of the Daily Stormer had posted an article encouraging his troll army to target her, after she and some other members of her community led an anti-Nazi protest in front of property owned by America's Most Punchable Nazi Richard Spencer's mother.

In a post titled "Jews targeting Richard Spencer's mother for harassment and extortion - TAKE ACTION!" Anglin provided Gersh's phone number, address, social media profiles and email accounts, along with those of her husband and 12-year old son and suggested that his readers grace her with an "old-fashioned troll storm." One message sent on Twitter to her son included a picture of an oven, along with a message reading "psst kid, there's a free Xbox One inside this oven."

Following this campaign of harassment, Gersh -- represented by the Southern Poverty Law Center -- filed a lawsuit against Anglin and the Daily Stormer, alleging invasion of privacy, intimidation and intentional infliction of emotional distress.

This Thursday, Anglin's attorneys filed a motion to dismiss the lawsuit, explaining that it wasn't really harassment, because the things they were saying while harassing Gersh were anti-Semitic in nature.

But in a motion to dismiss the lawsuit filed in federal court in Montana on Thursday, Anglin’s attorneys laid out a defense that argued the messages were “generally recognized anti-Semitic tropes, without actual harm reasonably to be construed,” according to the filing.

“And, even Nazi expression, no matter the psychic harm on Jewish residents, is nonetheless protected speech,” the motion says. “Thus, there was no true threat.”

Basically what they're arguing is that because throwing Jewish people into ovens is an "anti-Semitic trope", it doesn't count as a threat if they call up a Jewish person at their house and threaten to throw them into an oven. That it is somehow intrinsically different from me picking a person at random, calling and messaging them repeatedly and threatening to throw them into an oven or gas them. That because there's a Nazi angle to it, it's free speech and not harassment.

Which, let us be clear, is completely ridiculous. There's no "except for Nazis" clause in any law regarding harassment or stalking. That is not a thing.

Anglin's attorneys are also arguing that rather than harassing Gersh and her family, Anglin's followers were just trying to contribute to the marketplace of ideas.

Thursday’s motion to dismiss marks Anglin's most substantive defense so far. It argues that Anglin’s calls for a “troll storm” were protected by the First Amendment — free speech “made on a website to spur others to express their opinions to Plaintiff and her associates” and “to contribute more speech to the marketplace of ideas.”

What marketplace is it where they are selling "Hey, I'd like to throw you into an oven?" Are they sure they're thinking of a marketplace and not a jail cell? Throwing someone into an oven is not an "idea," it's a threat. A threat to murder someone. There is kind of a difference. If I were to incite a group of people to call up Andrew Anglin and his family and threaten to murder them, I would also be legally responsible for my actions. No matter how much you dislike someone and their ideas (or their religion), that does not entitle you to threaten or harass them.

For their part, the Southern Poverty Law Center is hoping to bankrupt Anglin to the point where it becomes difficult for him to spew his hatred online. Lawsuits of this type have been a major part of the SPLC's strategy against hate for decades and have greatly contributed to the diminishing power of the KKK and other hate groups. However, is proving fairly difficult, however, as they cannot actually find him. Anglin's whereabouts are largely unknown, though he has dropped some hints that he may be in Nigeria at the moment (which seems like an odd choice for a white supremacist, but ok).

The filed motion does not include Anglin's whereabouts either, and his attorneys are claiming that the SPLC “bears the burden of proof in establishing [Anglin’s] domicile” and that Anglin is "not a citizen of any state." However, that's not really a thing they can do either. Since Anglin has attorneys filing motions on his behalf, the lawsuits can be served to them, and he still has to show up in court. Whoops!

Much of the rhetoric of the Trumpist and alt-right movement has hinged largely on the doctrine of "if I say it's true enough, it becomes true." However, while that may work on their own brains, it's unlikely to hold up in a court of law. Freedom of speech doesn't give you the right to harass or threaten anyone, and harassment is still harassment even if you make a meme about it.