The Week In Garbage Men: How To Celebrate International Men's Day Like A Misogynistic Asshat 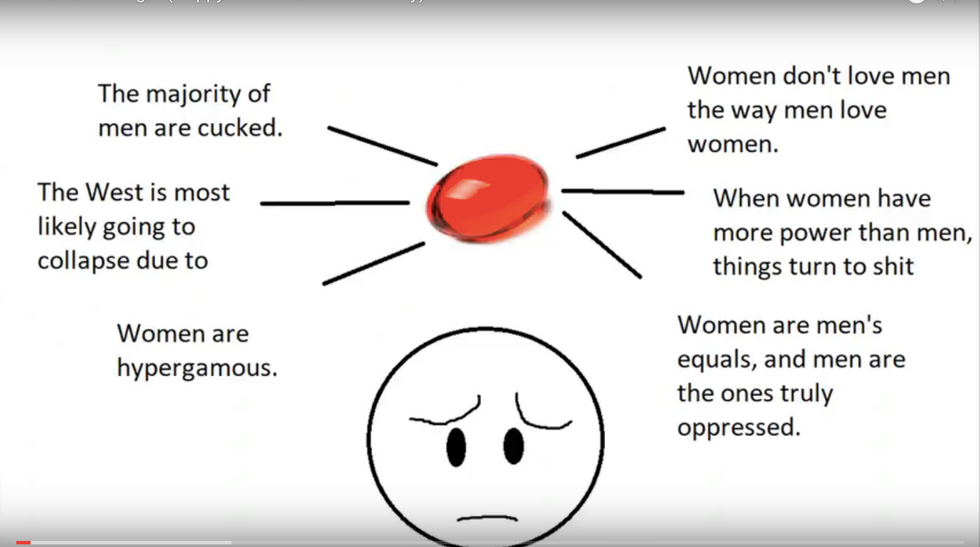 Today, in case you were not aware, is International Men's Day. Coincidentally, it is also National Toilet Day.

Now, I am not so petty as to deny men their special day. At this point, every inanimate object on earth has their own special holiday, so why not men? Knock yourselves out, I say!

In fact, I might even let Piers Morgan say a nice thing about men without beheading him. That is how generous of spirit I am feeling this morning.

It's really sad how women are always starting all these wars and then sending men off to die in them! Did you know that every female president we've had has started a war? It's true. Every single one of them. Also all those lady family court judges out there not allowing men to have custody of their children, in all the 9 percent of custody decisions that are even made by family courts. Women, specifically, are definitely responsible for the fact that less than 4% of divorced fathers even seek custody rights through family courts! Not sure how, but like, definitely our fault. Why do we do it? Because we are mad about the price of tampons. Clearly.

One of the most popular memes today is this helpful list of all the ways women oppress men, which helpfully includes a totally inaccurate statistic on domestic violence!

Actually, men account for about 24 percent of domestic violence victims. And 96 also percent of those prosecuted for domestic violence. I'm not saying it's not a problem, but there are a lot of nuances to this issue here that are really not accurately captured with a bad statistic!

These are all things it is fine to address, but the integral difference between most men's issues cited by MRAs is that not only are these problems not caused by women, they are not issues that could be fixed by women doing literally anything.

For instance, contrary to what this meme says, men are actually 77 percent of homicide victims in the United States. However -- and this is important -- they are also 90% of homicide perpetrators.

As far as homelessness goes? Well, I'm going to note that just about every man sharing this meme probably votes Republican and leave it at that. Same with workplace deaths and accidents. I don't know about you, but I -- a woman -- certainly didn't vote for the guy who slashed workplace safety regulations. So I don't know what to tell you, fellas!

Now, surely, you are wondering how the MGTOWs are celebrating this holiday! Well, thankfully, one of them was kind enough to make us a lovely video all about his anger, both at women and at all the white knight cucks in the world today and throughout history. Especially the ones what allowed us to vote. But then he found freedom -- freedom by going his own way.

The dramatic music is really what sells it here.

It is not, by the way, the same background music as Jesus Was Way Cool. I checked.

There are a lot of good things that could be discussed on International Men's Day. The theme this year is mental health, and I happen to think that's awesome. But if you're celebrating it by blaming women for constructs created and designed by men, making up bad statistics, and sobbing over how it's so unfair that we have the right to vote, you're being pretty counterproductive to that mission.