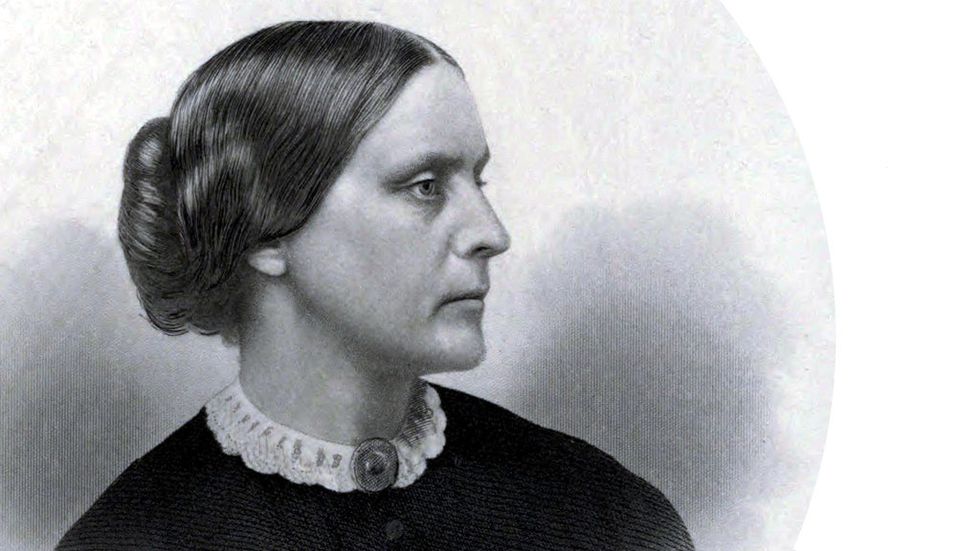 This week's Garbage Men post is a whirlwind tour through history, as seen through the eyes of the most ridiculous men on the internet.

First up, we've got some Men Going Their Own Way writing fan fiction about a picture of a Depression-Era couple that has absolutely no resemblance to the actual story of said photo. The picture below, of Thomas and Annie Cave, who had lost their meager apartment during the Depression and were living in a shanty. Thomas had recently gotten his brand new Social Security number tattooed on his arm for fear of forgetting it when he went to go get the brand new assistance they were now entitled to.

The title of the post for this picture, however, when it was posted on the MGTOW subreddit was "Look at the salt on this post-wall broad from way back when. He's happy, strong and free - she's not getting spoon-fed by servants and it's tearing her apart."

Oh yes, surely Annie Cave, like so many women during the Depression -- and today, even, was accustomed to being waited on by servants. We are always very mad when that does not happen! Like right now, it would be so lovely if Jeeves could run down to the coffee shop next door to me and get me a large non-fat mocha, but ALAS, I am not so lucky. That is why I, too, am salty.

The top response was pretty interesting given that this is a picture of people living in an actual shanty:

She looks very oppressed without all those man made tools, like a washing machine, vacuum cleaner and a kitchen with man made machines that basically do everything, dishwasher, microwave, oven, water tap. She actually has to spend some time slicing and cooking food, creating recipes.. using a broom and clean everything by hand, the horror!!!

She doesn't even have a smartphone with 200 orbiters it's a disgrace! She should be a strong independent woman ffs, bring in the SJW feminazis they know how to handle this.

Yeah! Her life actually probably did suck at that time, and not due to a lack of "200 orbiters!" It was the Depression. Both she and her husband worked, prior to the whole living in a shanty thing, and it's pretty unlikely that she spent her time slicing and cooking food and creating recipes and cleaning everything by hand -- because, again, they lived in a shanty. There weren't no kitchens in Hoovervilles.

On the bright side, given that the couple only collectively earned $550 a year prior to losing their jobs, had they received the kind of benefits working people now are getting from the tax cut, they would have been rightfully thrilled. A dollar fifty a week would have seemed like a lot in those days! Paul Ryan would have been a Depression-era HERO!

Other commenters were very impressed by Mr. Cave's physique, which was trim despite not doing all the workouts! Probably because they could not afford food.

Look at his physique gents..in this day and age of fitness obsession and body transformation queries by those who wish to be leaner, healthier and stronger, this is the "natural" musculature of someone who has worked manual labor jobs all his life, devoid of free weights, "isolation" exercises done relentlessly to failure (I'm looking at you, bicep curls), personal training direction, fancy gee-whiz nautilus machines, and so on...

Look at how even and proportional his body is. Evenly developed arms, strong striated shoulder caps, strong flat core with none of the boy-twink style of visible "abdominal toning," and so on so forth. Just a young man who cultivated strength by working manual jobs hard, probably since he hit early puberty, if not earlier. This is what a truly beautiful natural lean physique should look like.

He looks so healthy! And what a great and superior lifestyle! Of living in a shanty during the depression!

Look how fucking healthy this man looks. Imagine how great that body feels to be in and use. I absolutely believe that the lifestyle led by him and his peers were superior in every way. Tech be damned mates.

We got another history lesson this week, over on Return Of Kings, in which one Beau Albrecht posed the all important question of "Would you bang a famous feminist?"

Now, we all know that the proprietor of Return of Kings himself, Roosh V, has already declared me "clown face, would not bang," but how do other feminists stack up?

The highest scoring feminist was Gloria Steinem, whom Albrecht says is a "5" and believes would have been bangable in her heyday, had she not gotten all mixed up in feminism! Because that was bad and he does not like it!

Bangability: Back in the 1970s, she was modestly cute, worth asking where the pet shop is. However, this didn’t make her outstanding. Modestly cute babes were much more common back then; they paid better attention to their appearance and didn’t implant facial shrapnel. She’s aged fairly well too, and didn’t hit The Wall very hard.

Personality: She was a little more agreeable during her early days. Now, she generally comes across like a typical tedious liberal. Those types don’t make you run away screaming, but you nod patiently and go “yeah, okay” as they excitedly babble through their talking points they got from CNN fake news. Still, she’s well ahead of the curve for the notoriously crabby Second Wave feminists.

Finally: Gloria could’ve been quite charming if she hadn’t gotten mixed up in feminism.

However, other feminists did not rank quite so high! Bella Abzug, a 4, could have gotten away with being plain if she had radiated charm. Betty Friedan was declared a 3 and a non-bangable woman who was obviously jealous of how much Beau Albrecht would have wanted to bang Gloria Steinem (if she hadn't been a feminist).

Elizabeth Cady Stanton and Susan B. Anthony? NOT HOT. Not even as hot as 83-year-old Gloria Steinem

Bangability: Gloria Steinem is an old lady now, but still is cuter than these two during their bloom of youth. Stanton somehow got married around age 24 (back then, that was pushing “old maid” territory). Shared political interests fueled the none-too-congenial relationship. More surprisingly, they had seven kids. If I had to bang her seven times, the trauma would’ve made me fill out a job application at the nearest monastery.

As for Anthony, she was the butch one, but aged slightly better. She was a lifelong spinster, highly unusual then. If she’d wanted, she could’ve found a suitor with bad eyesight. Reading between the lines, could they have been secret carpet munchers?

Personality: They were generally regarded as eccentrics and radicals. However, they’d be very proper and agreeable ladies by today’s standards. Further, either one of this Dynamic Duo seems like Saint Agnes, if compared to specimens like Big Red and Trigglypuff.

Finally: An HB2 war-pig becomes thinkable only when the bar’s closing, your alcohol consumption impaired your vision and judgment, and your friends will never know. However, as Temperance activists, getting some dick from 2AM nightgame wasn’t possible.

The least attractive feminist Albrecht ranks is Andrea Dworkin, derides for being overweight and lacking "sparkle."

Now, I cannot find a picture of Beau Albrecht anywhere on the internet, but I do not feel as though I need one -- because even if he looked like Cry-Baby era Johnny Depp, I can firmly say that I would rather make sweet, tender love to a rusty chainsaw.

And with that, here is your open thread!