The Week In Garbage Men: When The Man Who Is Garbage Is Also Your Boss 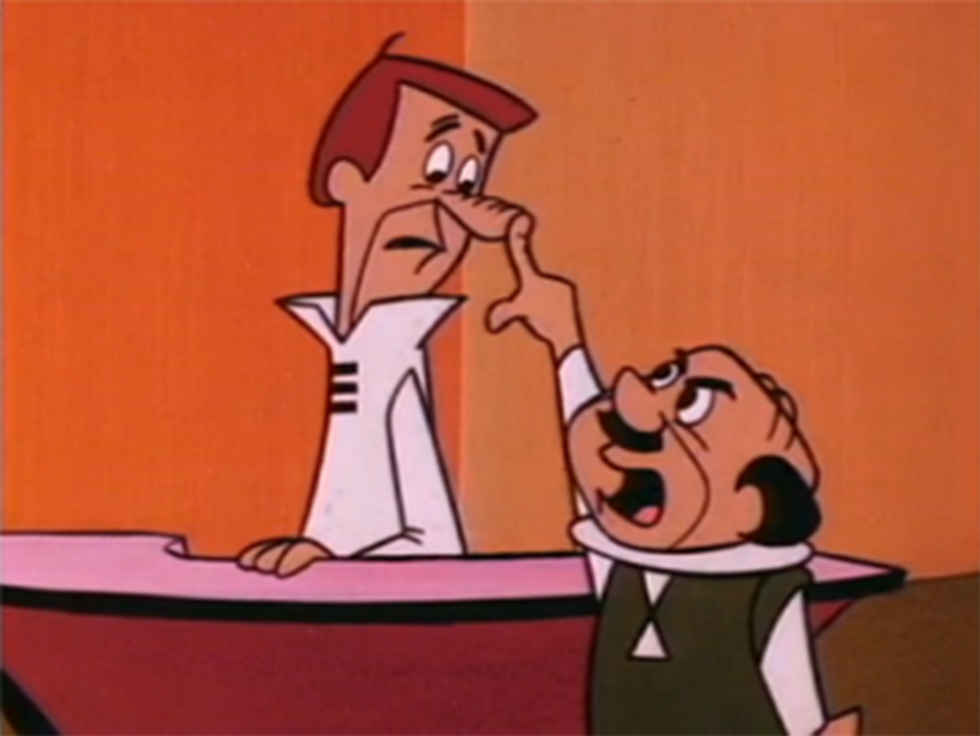 One thing I can tell you is that if you're not already convinced that at-will employment is a scourge upon our nation, and also a giant misanthrope, the Legal Advice subreddit will swiftly convince you otherwise. A search for "boss" or "employer" reveals loads of people dealing with employers who have fired or want to fire them for incredibly awful reasons.

It takes a lot to shock me at this point, but I came upon one yesterday that I just can't stop being furious about. I can't. I'm so, so mad at it. Wonkers, join me in my abject fury!:

Location is NY and throwaway because this is humiliating. Basically, my boss saw me in the grocery store using WIC checks to pay for part of my groceries & a can of baby formula. He texted me afterwards, to say "It reflects badly on me if my employee is using WIC. It makes it look like I don't pay you enough. I hope you can understand that if I find out you are continuing to use government assistance, I will have to fire you." I responded back apologizing and requested that we talk about it in person (at work) the next day. During that conversation, I explained that the only government assistance I get is WIC which is a benefit of about $75 a month, and that if he was willing to raise my pay $75 a month I would stop using the checks. He refused. He further stated that he was considering cutting off access to the room that I pump in, because he had seen I was buying baby formula. This was previously never an issue - I pump on my regular breaks, in an unused room. I have never requested any sort of accommodation or extra break time for pumping. I told him that I have to supplement a little formula because I can't pump enough for the baby, but that I wish to continue pumping on my own regular breaks. He's still considering it. I know the NY pumping law covers this, at least.

Basically, my question is if there is anything I can do if he follows through? I feel like it has to be wrong to fire someone for using a government program that they are qualified for. Where would I report this, and what should I do if I am fired? I am now looking for another job, but I'm afraid of being jobless if it takes a little while to secure something.

The TLDR on this is that this woman's boss does not pay her enough to live, so she has to go on WIC in order to feed her children. He is mad that she is doing this, because he doesn't want people knowing how little he pays her. He is also mad that she is pumping her breasts at work and also still buying formula, which is a completely normal thing to do, and may consider no longer allowing her to do so.

This is the grossest thing I have ever heard of in my entire life. And the sad thing is -- while she definitely has a case for the breast pumping thing -- I'm honestly not sure what she could do about the WIC thing. Because "at-will employment" -- which basically means you can be fired because your boss had a bad hair day and is annoyed and wants to fire someone. The only exceptions to this are discrimination-based, and unfortunately I don't think "needing to use social programs because said employer isn't paying you enough" isn't covered.

Also horrifying was this other post about an evil boss from yesterday, in which a California man was actually laid off after announcing that he'd be taking family leave once his wife had given birth:

I had worked for this employer for nearly 10 years in IT. Wife is 12 weeks pregnant we decided to be proactive and talk to our employers after telling close family so they can hear it from us before the rumor mill. Wednesday this week I sat down with my boss to let him know and discuss how to best plan projects around the time I'll be out in six months. On Thursday I got a meeting request for a "planning meeting" that afternoon, not thinking anything about it given the previous days conversation, until my boss is walking me down to HR.

HR informs me my position is no longer needed and that the layoff is not performance based. They offered a small severance and then inform me they'll be hiring a new position in the department and that I'm welcome to apply.

This was a non-union job. There were no other layoffs in the company. There have been no talks of restructuring or downsizing in our department. I had a good performance review last quarter, just like every year I had been there.

Besides the loss in pay, we used my medical insurance and my wifes employer doesn't offer any, so I'm feeling pretty hung out to dry about the whole thing. Aside from trying to negotiate a better severance package, was this on the up and up?

At-will employment is garbage, and opposing it is a cause the Left needs to start taking up, along with other labor protections. In most countries throughout the world, your boss can only fire you for "just cause" -- but in every state in the union except Montana for some reason, if you are not in a union, an employer can fire you just cause (except in cases of discrimination). No one should fear losing their job, losing their ability to feed themselves or their children, for a stupid reason. Imagine how much better, more secure you would feel if you knew you could only be fired for a good reason? That is something Americans deserve.

It is time to stop treating "job creators" like delicate flowers who will fall apart if we expect them to treat and pay their employees decently and fairly. It is time to be on the side of the workers again.