The Wonkette Geopoliticker: Where Will Billionaires Propose To Each Other If The Maldives Are Gone? 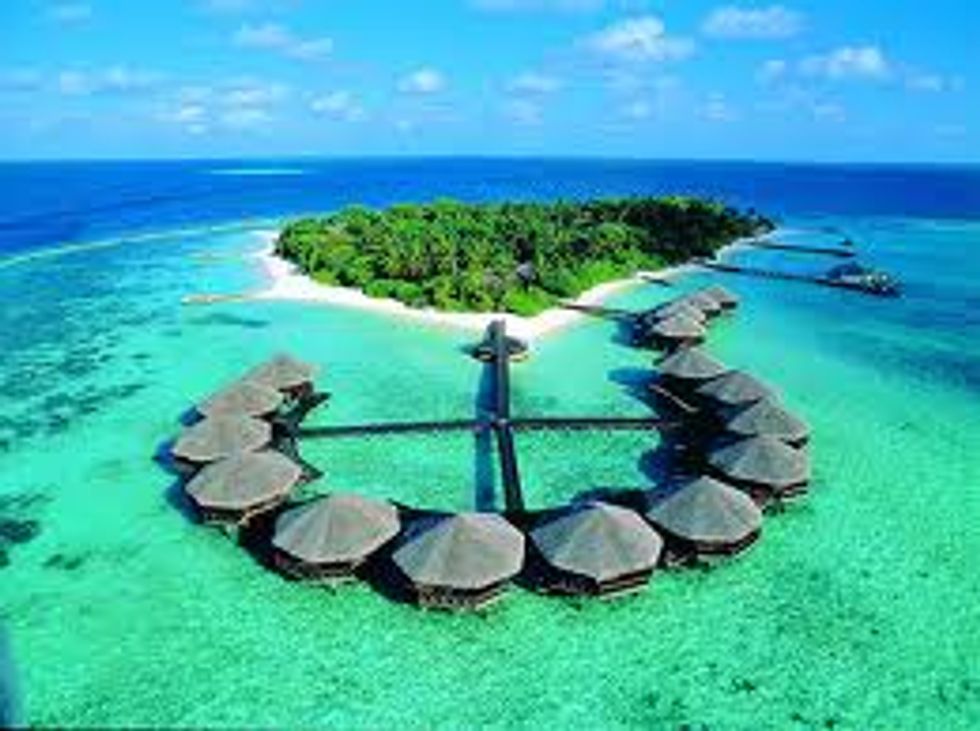 Just as the world gets set toadd a new nation, an archipelago in the Indian Ocean finds itself up next on the extinction list.

The resort owners of the Maldives, alleged financiers of a coup there this February, aren't the likeliest nexus of evil, but they might be ultimately responsible for killing everyone who doesn't get Raptured first.

The man they overthrew, Mohamed Nasheed, wasn't just the nation's first democratically elected president after 30 years spent under a tyrannical dictator. He was the world's great climate hope, by far the planet's most impassioned head of state when it came to stopping climate change. He spent a huge amount of time and effort lobbying the world about polluting less, so that there could continue to be some Maldives for ultra-rich people to hang out and propose to each other on. There's a new movie out about him, if you like movies.

But the reason the resort owners (allegedly) overthrew him wasn't because he wanted to cut into oil companies' profits. It was because he wanted to tax their resorts for the first time in their history. The new regime, which is basically just the old dictator's regime reinstalled, immediately switched back to its business-friendlier ways of taxing. According to the IMF, the new government’s changes to resort lease extension payments saw a 76.1 percent drop in revenues below projected figures from the previous president. Booyah: overthrow pays for self!

For once, America takes a nice stand on this issue, as does pretty much the rest of this world, in insisting that new elections be held there ASAP, a notion that the new/old regime is resistant to. The Obama administration pledged a half a million dollars when the Maldivans said they couldn't afford to vote this summer. The British Commonwealth is this close to suspending their status as member. And in the meantime, this was just our hottest March on record (again). The Maldives are, on average, three feet above sea level. It would be a good time to buy some property on the mainland.