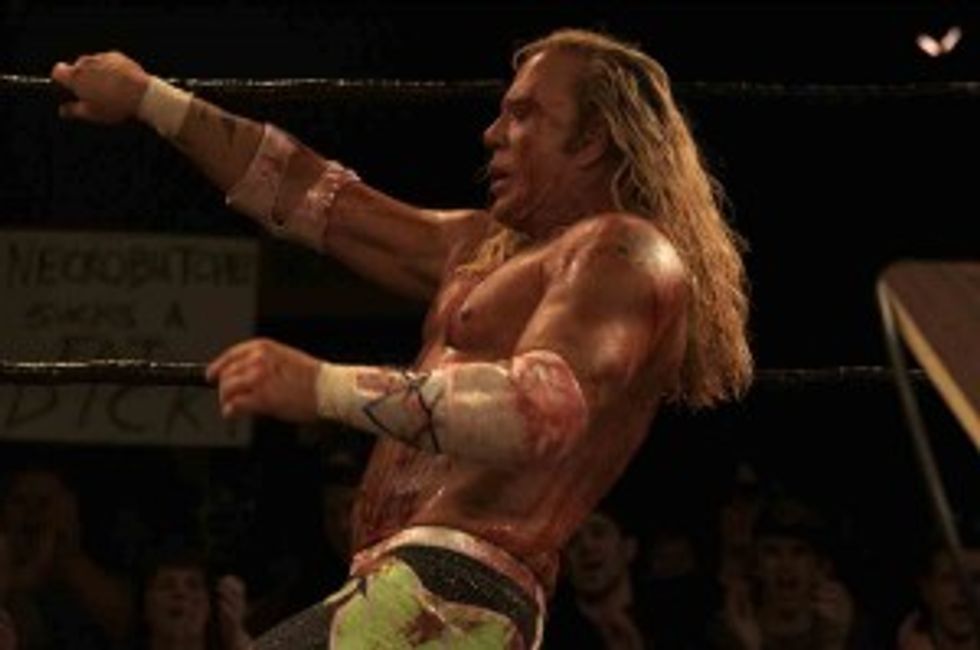 The Wrestler is a sad little story about Randy "The Ram" Robinson, a washed-up wrestler who spends his wages from his job at the supermarket on tanning sessions, hair appointments (for that fried, bleached-blond look) and the 'roids. He devotes his whole life to the weekend, where he wrestles in local community centers and town halls for whatever money is thrown his way.

Mickey Rourke plays Ram's character perfectly, almost as if his own personal redemption depended on this role (well, it did, and it got him nominated for an Oscar). His hulking body and frighteningly over-Botoxed face are painful to look at, but he's still tender and self-aware.

Director Darren Aronofsky could have done a serious hack job of sending the emotion levels to overkill, but he didn't -- the poignant scenes are restrained and subtle. Small details do most of the talking (his duct-tape-patched winter coat, his lonely trailer home) and leave the viewer with the impression that his dignity is hanging by a thread.

Evan Rachel Wood and Marisa Tomei play strong supporting roles as Ram's estranged daughter and love interest. (Tomei looks hot as shit and you get to see her titties.)

Last thing: You're going to cry in this movie, so just let it happen.