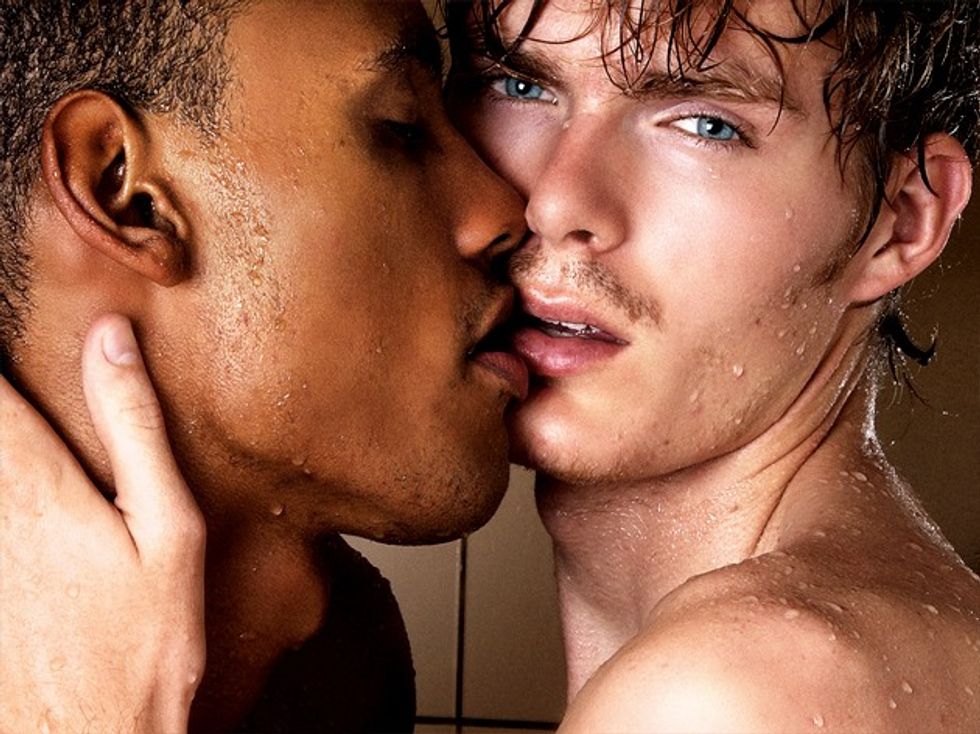 We THOUGHT the Supreme Court said, "Hey you Americans, bend over and take some gay marriage in your mouth," in June, and that was the end of that. In anticipation of the mandatory gay, the North Carolina legislature rammed a piece of legislation (over Gov. Pat McCrory's veto) through in June that said magistrates and other state employees could recuse themselves from signing off on gay marriages if it made them feel uncomfortable in their Jesus parts.

But now three North Carolina couples have filed a new federal lawsuit that says, "Your law is bad and you should feel bad," and seeks to personally homosexualize all those whiny magistrates:

The 20-page federal complaint accuses legislative leaders of passing a law that supports a specific religious view, defies court rulings that gay couples have a constitutional right to marriage, and of enabling magistrates and other officials to ignore their oaths to uphold the law.

“Senate Bill 2 undermines the constitutional integrity of our judicial system,” [attorney Jake] Sussman said. “It empowers magistrates who abdicate their judicial obligation to protect the constitutional rights of all citizens as established by the Supreme Court and keeps in office those who believe as a matter of faith that gays and lesbians are not full citizens.”

Those sound like unconstitutional things! Of course, the legislature's entire argument for the bill was "religious liberty," which translates roughly to "whiny ass wingnut Christians shouldn't have to follow laws they don't like."

According to the Charlotte Observer, the current law "requires that county officials must provide marriage services for all at least 10 hours per week over at least three business days," but we guess that isn't good enough for those homosexetarians who never are on anybody else's schedule unless brunch is being served.

As Luke Largess, another of the attorneys fighting against the law, explains, the problem is that the law prioritizes state employees' beliefs over the equal rights of all North Carolinians:

Their new complaint accuses legislative leaders of passing a law that declares the spiritual beliefs of magistrates “are superior to their oath of judicial office to uphold and support the federal constitution,” Largess said. “And the law spends public money to advance their religious beliefs. That is a straightforward violation of the First Amendment.”

We are reminded of Kentucky clerk Kim Davis's latest bullshit court filing (126 pages! all of which we read!), in which her spoogepecker lawyer Mat Staver argued that it's totally fine to inconvenience the gays because they can just get in their little pink Miatas and prance over to the next county if they want to get buttsex-married so bad. But that's not how our laws work. Gays, lesbians and those who are faking same-sex erotic lust for each other for joint Target credit cards (that's a thing, we bet) deserve the right to be able to march in to the nearest marriage license fillin' station and Get A Fucking Marriage License, just like everybody else. It doesn't matter if it hurts public employees' fee fees.

Anyway, enjoy getting throat-crammed some more, North Carolina, and be real safe if you go near the ocean, because we hear North Carolina lifeguards are only willing to save drowning homos these days.