These Idiots Again, Minus Some Idiots: Your New Hampshire Republican Debate Open Thread! 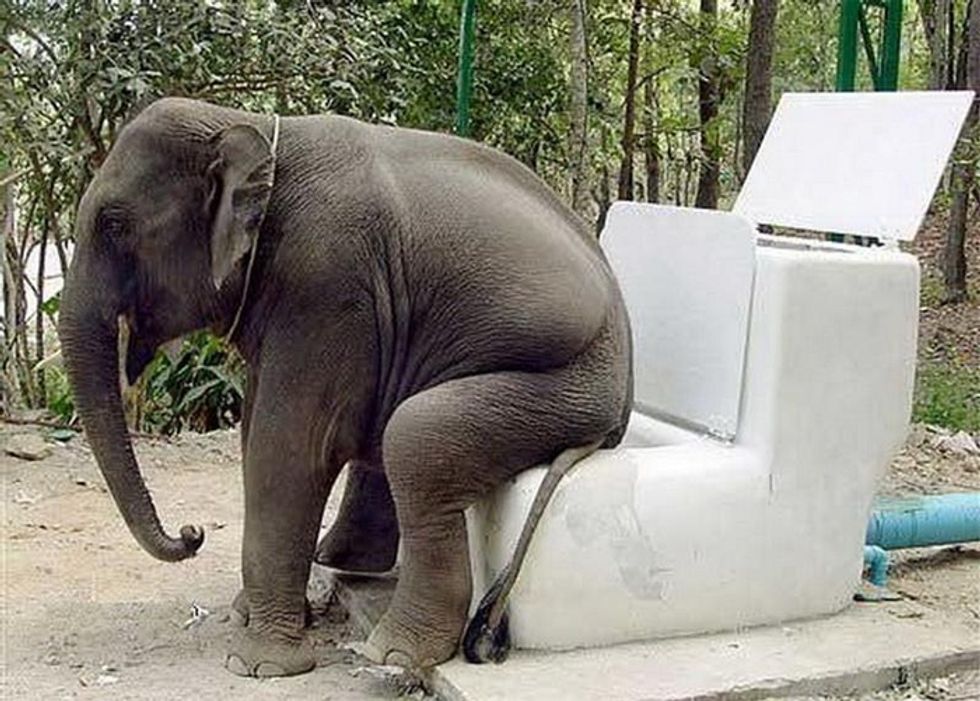 It's the SUPER BOWL of Republican debates! Get it? Get it?

Hey, just to prove that Democrats aren't the only party to hold debates on a weekend evening when nobody except political junkies and shut-ins -- hahaha, like there is a difference! -- will be watching, there is actually a Republican debate in New Hampshire tonight, a veritable Super Bowl of political oratory, only without amusing expensive commercials, Beyonce, frenzied betting, or a very big audience. So let's settle in and watch the "fun."

Fine, I have no life. What time, network, etc?

8 p.m. on the ABC television network. Remember broadcast TV? This is that. That's 5 Pacific, and in the imaginary "Mountain time zone," it will not be shown, just like it won't be on in Narnia.

I don't have a TV because I'm better than other mortals. Where can I view this dumb thing?

The atrocities will stream live at ABCNews.go.com/Live. If you have a fancy televisual device that isn't a computer, here's a website telling you how to view it on an "iPhone," and "Android," a "Kindle Fire" and probably on a toaster for all we know. For such devices, you may need an "app," which is what we didn't have a long enough one of this afternoon.

Hell no, this whole thing is happening without adult supervision. But for the first time, there's no damned "undercard" or "consolation" or "Rick Santorum" portion of the program.

Major Strasser has been shot! Round up the usual suspects!

This is where we list the pathetic mooks who will be on the stage. They are Donald Trump, Ted Cruz, Marco Rubio, Ben Carson, Jeb Bush, Chris Christie and John Kasich.

Turns out she is just a figment of your imagination. Why would anyone even think of voting for someone with no political experience who drove a major corporation into the ground? Sometimes you just have to grow up and admit your imaginary friend was never real at all.

We really have no idea where she is. Then again, neither did the people at her Iowa caucus-night party!

Will Wonkette be liveblogging this crime against decency?

Look, sweetheart, if we didn't liveblog the last two Democratic debates on weekends, why on earth would we make anyone but Dok sit through this one? And he has plenty of beer. It's an open thread, and Dok will join you fine Wonkers in the comments. Now behave yourselves. We don't want to see the usual backbiting and infighting between people who loathe Ted Cruz the most and people who want to remove Donald Trump's spleen with a melon baller.

Before we endure this horror, do you at least have a cute Official Wonkette Baby picture we can glance at to remind us there is still something good and pure in this sick sad world?

As it happens, we have two! And they're FROM TONIGHT even! Fresh meat! (Sorry, gross.)

You will need a bath AFTER the debate!

What about Pastafarians' religious liberty, huh?

Will you please remind me how to get this fancy Wonkette Card Game I have heard so much about?

Yes! You can contribute to our Kickstarter here! You know you want to. We have been plugging it SO HARD and we need to make our goal, or we hear that one the bloggers here may have to be sold to Planned Parenthood for parts, maybe.

Now watch these people yell at each other, OK?