This Incel-Forum-Owning, Pro-Rape VA Congressional Candidate Got Kicked The Hell Off The Internet 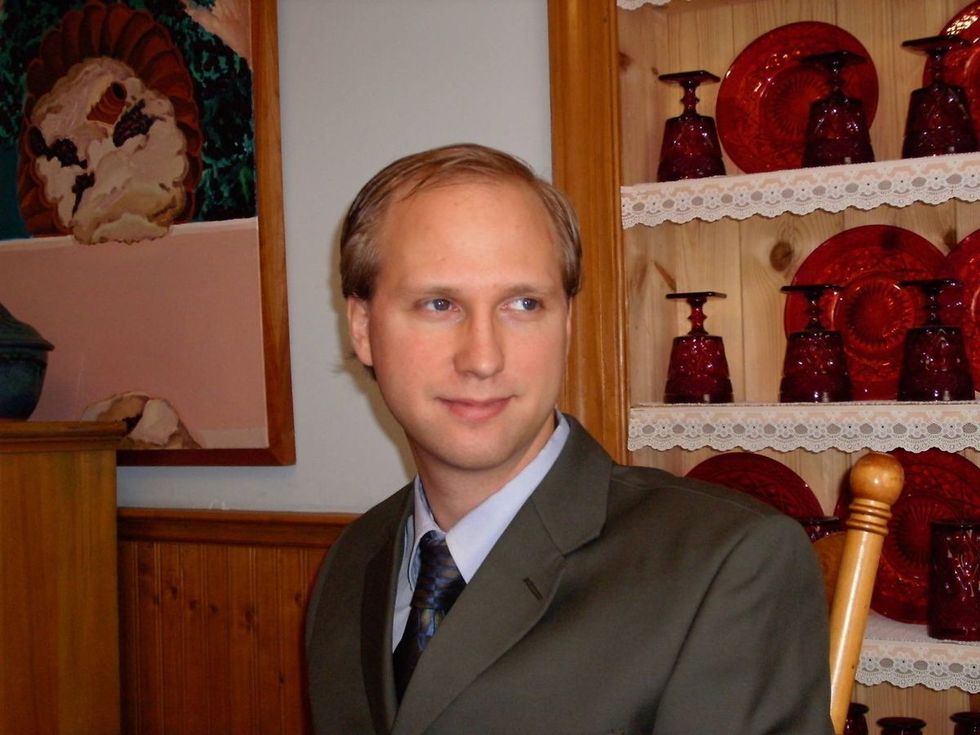 Yesterday morning, we contacted DreamHost, the server for Incelocalypse.today, with links to users talked about raping girls, throwing acid in their faces and expressing support for mass murderers. Twelve hours later, the site was offline.

While it was running, Incelocalypse was home to disturbing posts that saw users rail against women in extremely violent terms. Members posted threads like "Father-daughter incest makes more sense now than ever," which argued for men to raise daughters just to rape them. Another post was titled "Even if you could get pussy from a willing female, you should still want to rape girls." Users regularly fantasized about throwing acid in the faces of women, imagining what it would be like to make them "crippled with ugliness."

Suffice it to say, the site was absolutely fucking horrifying.

The user who wrote the "you should still want to rape girls" post was one "Leucosticte," who was the owner of the site, as well as its previous incarnation, incel.life.

He is also someone we have met here, at Wonkette, before.

Last year, we told you about Nathan Larson, the pro-rape, pro-pedophilia Libertarian running for Virginia's House. Now he's running for Congress, this time in Virginia's 10th District. According to Wikipedia, he's got a spot on the ballot. And, yes, he owned and commented at Incelocalypse.

Larson has been active on the internet for years, often under the usernames Leucosticte and Lysander (the latter largely being the one he uses on pedophilia sites). Leucosticte has long been his user name for edits of various Wikis -- although he has been banned from editing Wikipedia. Following his banishment from Dreamhost, he posted a letter from them on incels.me, under the Leucosticte screen name, comparing himself to fellow freeze peach martyr Nazi Andrew Anglin.

Well, I guess that like Andrew Anglin, I have discovered the limits of how much Dreamhost will stand up for its customers' free speech. I will be researching other options for hosting. They write:

This is written notice that DreamHost is enacting the "Termination"

"This contract may be terminated by either party, without cause, by

We have refunded the last month's VPS service charge ($17.10) to your

credit card as a courtesy. We will no longer be actively hosting your

sites and all sites' HTTP service are now disabled, but your panel and

you to download your data and transfer your domains.

Please ensure you save all your transfer authorization codes for your

domains as you will not be able to renew them with us.

Perhaps unsurprisingly, several members of the incels.me gang were very disappointed to learn that the secret pedophilia discussion group was no more -- although others criticized Larson for claiming to be "incel" despite being married. Larson then explained that he is a "rapecel," whatever the fuck that is, and that one can be married and "not getting any pussy."

Larson has actually been married twice -- and in his first marriage, his spouse committed suicide after (he admitted) he raped them repeatedly and discussed his plans to rape their daughter in the future.

In an email that was an exhibit for the case, however, Larson admits to abuse, including raping Finn, and apologizes that his desire to molest their children caused Finn stress.

"It didn't concern me that given my history of raping you, as well as the gravity of what I was proposing doing with the children, I might irreparably destroy our relationship and any prospect of my ever seeing the children (especially unsupervised)," he wrote.

This is all horrifying. And what I've seen today on the cached pages of Larson's own, personal, bliki (a blog in Wiki form, apparently), is even more horrifying than that. He has over 100 "Larson press releases," many of which reference incels, about rape and "female virginity" that you should probably not click on if you want to sleep tonight.

As a more SFW example though, here is part of a particularly ridiculous "press release" he wrote, titled "Nathan Larson asks feminist girls, 'Why is it so hard to accept that you were meant to be men's property?'"

"We men also can pee wherever we want without having to sit down. We just whip it out and less than half a minute later, we're done. We don't have to create a big line to the bathroom. It's true that women usually take a shit faster than men, but men typically multitask during that time, pondering the mysteries of the universe. Men also have larger bladders than women. All in all, we're just better optimized to have more efficient excretory habits, especially when we're out in the wilderness, which is nature's way of saying that our time is more valuable than women's and that we were the ones meant to be going out there and hunting mammoths. During urination, we can even aim our penises in such a way as to write messages in the snow, maybe leaving a message informing fellow hunters in our tribe, 'Mammoths this way' so they can follow the arrow in search of their quarry.

There is, however, some good news here. Because in addition to taking down Incelpocalypse, Dreamcast took down all of Larson's other sites as well -- including not only the bliki, but also the wiki for Return of Kings, which he made for garbage human Roosh V, which, sadly for all of you, means that the post about how I am a clownface-would-not-bang is no more, along with a post I found there, apparently from Larson, about the host of problems that making it legal for men to kill their wives for things like "cutting their hair" would "solve."

While it's great that this literal monster is getting banned from the internet, it would sure be swell if someone in law enforcement could keep an eye on him, and perhaps, even, perform a welfare check on his wife.

Your donations to Wonkette make it possible for Robyn to go to Lush and get nice soaps with which to take ALL THE GODDAMNED SHOWERS! Click here to tip us!