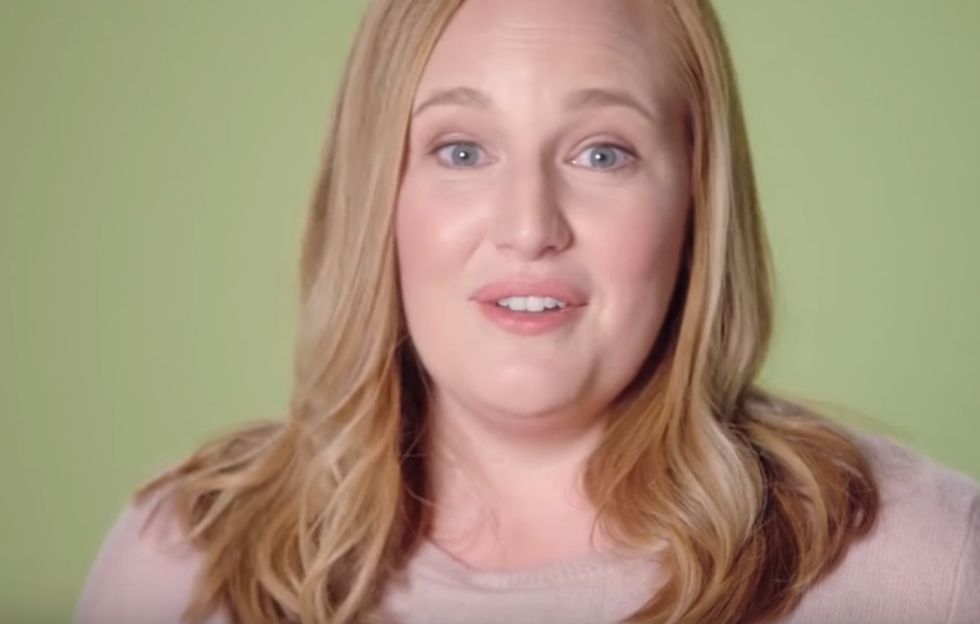 Oh hey, it is International Women's Day! Did you think a WOMAN-OWNED BUSINESS SOLELY SUPPORTED BY YOUR CONTRIBUTIONS would forget that?

So it's a nice day to show you this badass campaign video from Kelda Roys, a Democratic woman running for governor of Wisconsin. Yes, that's right, she wants to take Scott Walker's job, and from what we can see, Wisconsin could do a hell of a lot worse!

In this ad, Roys tells the story of how she, as a Wisconsin state representative, fought successfully to make Wisconsin one of the first states to ban a certain neurotoxin found in baby bottles. It's a good and hopeful story about what politics SHOULD be about, and we think it will resonate with Wisconsin voters. We bet IN PARTICULAR it will resonate with moms on both sides of the aisle, because the thing everybody is talking about is how Roys breastfeeds her baby IN THE AD.

Roys told Huffington Post how the breastfeeding scene ended up in the ad:

“Anybody who’s ever had a baby can tell you that they are unpredictable,” Roys said. “I just did what I have been trained by her to do, which is to immediately grab her and feed her, and I just sort of didn’t think about it.”

“When they sent back the video and it was in there, I just said, ’What the heck, this is real life,’” she added. “I think, in 2018, people are hungry for candidates who are authentic and speak the truth. I don’t want to have to hide a really important part of myself in order to win an election.”

Roys says there already have been troll-fucker men commenting on the video in a negative way, but she ain't care:

Damn right it is.

Feel free to breastfeed your babies in the comments of this, your OPEN THREAD. Or just yell "boobies!" in honor of the fact we, your very grown-up Wonkette, wrote this whole post without yelling "boobies!" even once.