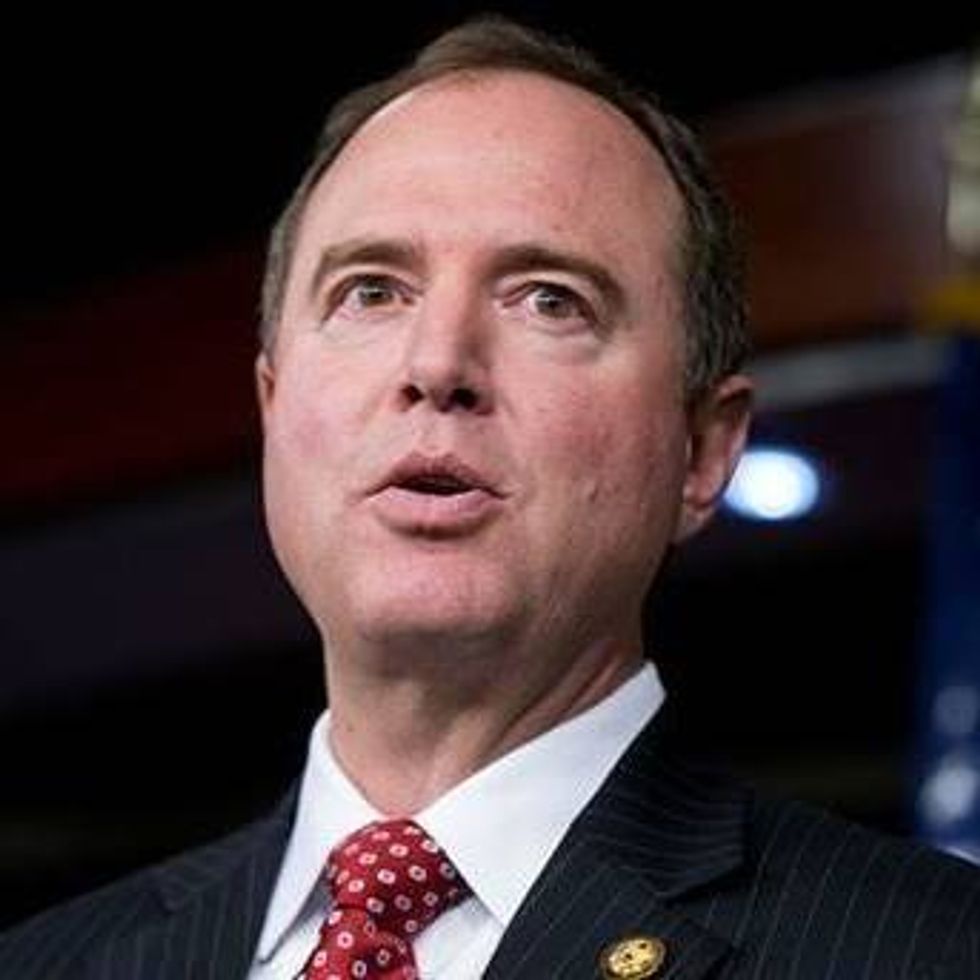 LISTEN TO THIS MAN.

We were just about to tell you that HOORAY, special counsel Robert Mueller is finally looking at Cambridge Analytica, the creepy weird data firm co-owned by GOP megadonors The Mercers, which worked for the Trump campaign, had Steve Bannon on its board, and which we've always suspected was doing illegal horse puckey on the internet and inside Trump-loving dildo-wits' brains (and maybe more), to help Russia steal the election for Donald Trump. (Call it a hunch we have been having since the very beginning.) Remember how we just found out CA tried to help Russian intelligence front WikiLeaks find the mythological "33,000 deleted Hillary emails" and really wanted to help WikiLeaks find a better way to organize all the Russian-hacked Hillary and DNC emails it was releasing? Yeah. We are sure that is the only thing they did, and didn't, just to make up a hypothetical completely hypothetically, receive stolen voter data from Russia's Alfa-Bank as laundered through Betsy DeVos's Spectrum Health and the Trump Organization in order to direct dark Facebook posts to your more persuadable Jill Stein voters. Hypothetically. YOU BETCHA.

So that means Robert Mueller is getting OMG close, or that he was getting OMG close a few months ago when he started requesting email records from Cambridge Analytica. (By the by, CA chief Alexander Nix also interviewed with the House Intel Committee on Thursday, according to the Wall Street Journal.)

We were going to tell you all those things. (Or maybe we JUST DID and if you want to know more information you should click the clicky above like a common clicky clicker who clicks clickies.)

But instead we must redirect your attention to the tweeting newsfeed of Rep. Adam Schiff, ranking member on the House Intelligence Committee, who has been one of the absolute HEROES of trying to save American democracy from the band of Russian intelligence asset thugs who currently control the US and A. Schiff is hitting the "OH FUCK!" button, and his warnings are that he thinks the Mueller investigation is in more danger than we even knew, and also that he thinks the GOP dumpster fires who run his committee (Devin Nunes, Mike Conaway, Trey Gowdy) are going to shut down their investigation, such as it is, by the New Year.

Read, get freaked out, get ready to take to the streets, and also IF DONALD TRUMP AND THESE MOTHERFUCKERS RUIN CHRISTMAS, WE ARE GONNA BE PISSSSSSSSSSED.

IF WONKETTE MAY CUT IN TO PROVIDE CONTEXT:

Schiff is talking about an interview with Rhona Graff, Donald Trump's longtime Trump Organization personal assistant, who has a reputation for being the person in Trump's orbit, more than anyone, who probably knows where all the bodies are buried, because Everything Goes Through Rhona. He is also talking about an interview with Russian-American creepo criminal businessman Felix Sater, who has done much business with Trump, and who has openly bragged about using the (failed) Moscow Trump Tower deal as a quid pro quo for Russia stealing the White House for Trump. (For more, read our post about Is This Weird-Ass Moscow Trump Tower Thing The Key To The Whole Damn Trump-Russia Conspiracy?)

These are KIND OF IMPORTANT witnesses that the GOP leadership of the committee has just for no reason decided shouldn't have to come to Washington to be interviewed by actual members of Congress. Instead, they're just sending staffers, because fuck it why not, it's not like they are patriots. (We also continue to suspect Russia has something DIRTY on Devin Nunes, because if anybody's resting face says "I can has Russian pee hooker pee all over my mouth too?" it's his.)

It's looking more likely than ever that we will have to do that, and thank heavens, a solid majority of the American public supports the Mueller investigation and loves America and is pretty sure Donald Trump is a pig and a common fucking criminal, so GOD BLESS US EVERYFUCKING ONE, LET'S GO SAVE CHRISTMAS.

(Or "holiday," if you are one of those liberals who hates the baby Jesus.)