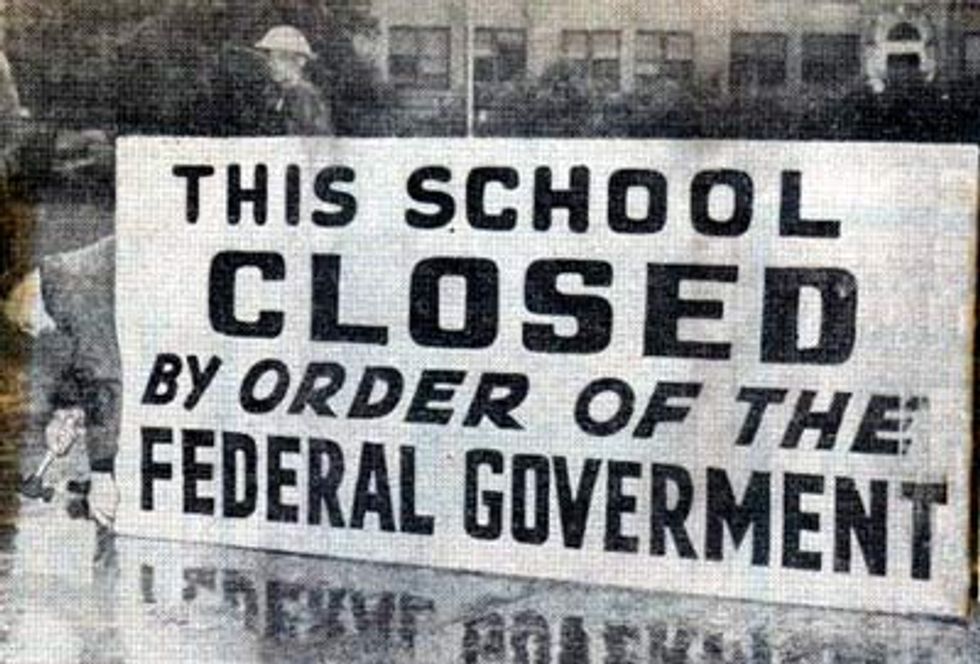 Some people in Congress are actually trying to accomplish some good that doesn't involve spewing filth aboutfruit-laden drug mules! If you look hard enough, past all the soul-sucking awfulness, there are a few shining moments when Congress steps up to the plate to try to do something good. Fear not -- we here at Yr Wonkette will trudge through the sludge-filled abyss of Congress and return triumphantly with the occasional Nice Time Nugget. Recently, Reps. Nita Lowey (D-NY) was joined by a Republican (!!! SHOCK BIPARTISANSHIP!!), Dave Reichert (R-WA) to introduce the Education for All Act. This bill would focus on global education, and would:

Wow, that sounds pretty awesome! What's the catch? Because there is always a catch.

Why are Lowey and Reichert worried about poor kids around the world, you ask? Well:

Hooray! Can't wait for this bill to become law, right!! It's bipartisan, so surely it will pass in a heartbeat, right? Hahahaha, what a silly liberal optimist you are! Let's review the House GOP record on the twin issues of education and foreign aid from just this past month:

So yeah, we are totally holding our breath for this one. The GOP leadership could give a salted rat dick about things like the "global gender gap" in education.

But hooray for Nita Lowey and Dave Reichert for offering a glimmer of hope, even if that glimmer will soon be stamped into oblivion, an oblivion as dark and hopeless as a future without an education. Hooray, or something.