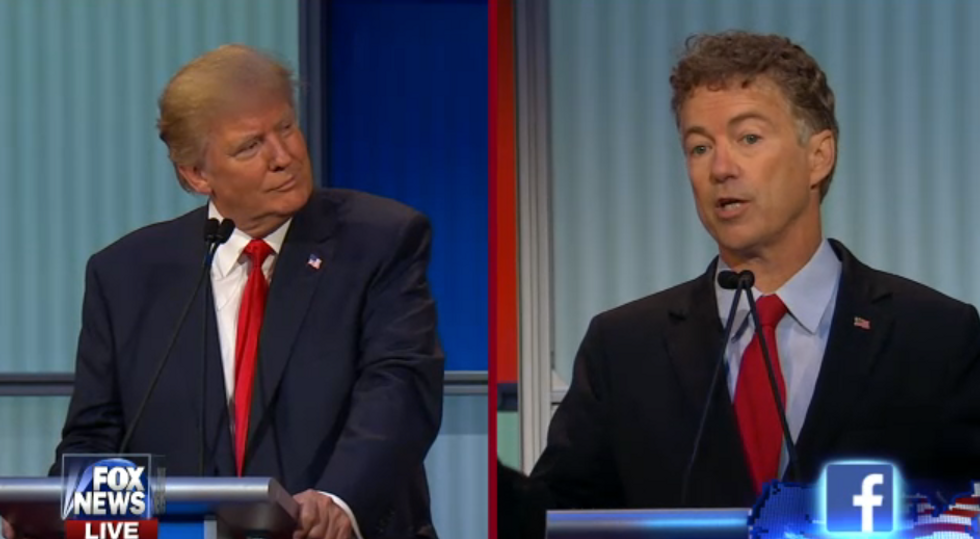 Every few years, Senator Rand Paul sees clearly -- get it? because he is a Rand Paul-certified ophthalmologist? no? meh, sorry -- and offers up five minutes of sense.

Well, mark your clocks and set your calendars for "sometime in 2018," because Paul has fulfilled his 2016 duty.

Sen. Rand Paul, a newly reelected member of the Senate Foreign Relations Committee, said this morning that he is inclined to oppose former U.N. ambassador John Bolton or former New York City mayor Rudolph W. Giuliani if either is nominated for secretary of state.

He goes on to say many things about idiots and the Iraq War, so, correct again!

Paul will have an opportunity to register his discontent should either horror be nominated to head the State department before the Senate in full votes on the nomination. As to his remaining "sense," he suggested instead Bob Corker of Tennessee, about whom we have no opinion whatsoever, while some other dude quoted in the story suggested Jim Webb, who wants you to know HE KILLED A MAN AND WILL KILL YOU TOO.

We pick Webb, because fuck it there is nothing left to lose.