Tired Of Live Babies Getting Stabbed To Death After Abortions? READ THIS! 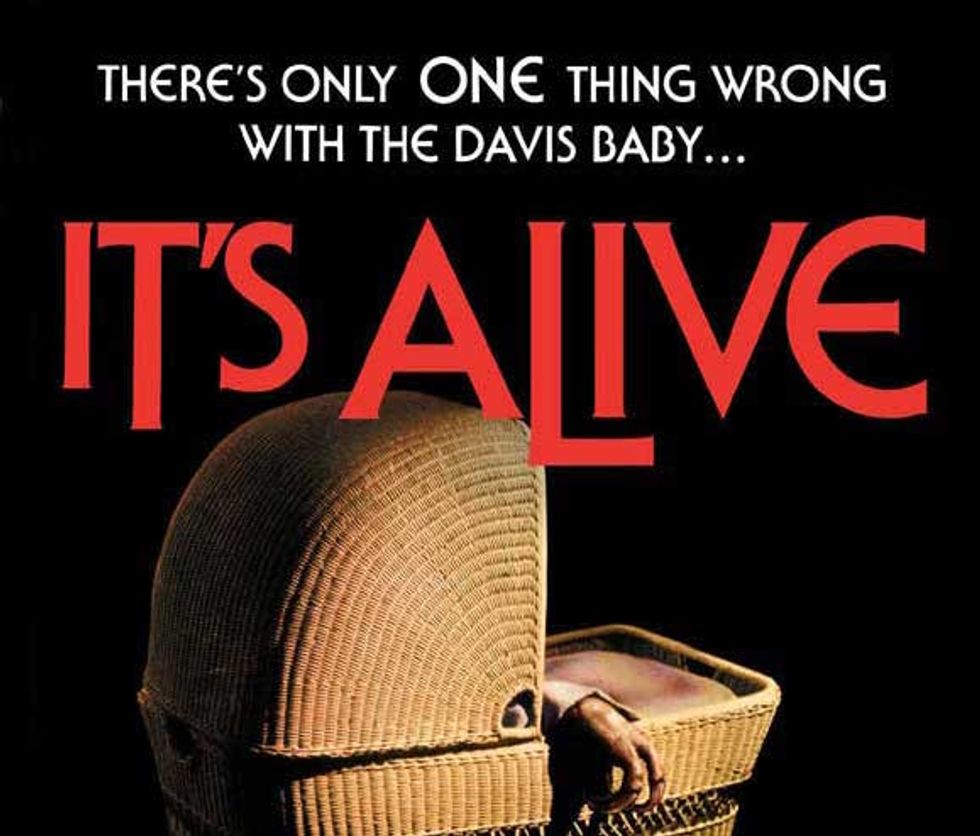 In a plaintive essay in the National Review today, anti-choice activist Jill Stanek and Nebraska Senator Ben Sasse (R-Your Womb) made the case for their "Born-Alive Abortion Survivors Protection Act." An act which would protect the "survivors" of abortion in absolutely no way different than they are currently protected. Mostly they just make it seem like abortion providers are regularly delivering babies that are born alive, and then murdering them, and that this is a practice that is currently legal in our system. (It is not.)

Here is the full text of the act:

This bill amends the federal criminal code to require any health care practitioner who is present when a child is born alive following an abortion or attempted abortion to: (1) exercise the same degree of care as reasonably provided to any other child born alive at the same gestational age, and (2) ensure that such child is immediately admitted to a hospital. The term "born alive" means the complete expulsion or extraction from his or her mother, at any stage of development, who after such expulsion or extraction breathes or has a beating heart, pulsation of the umbilical cord, or definite movement of voluntary muscles, regardless of whether the umbilical cord has been cut.

Also, a health care practitioner or other employee who has knowledge of a failure to comply with these requirements must immediately report such failure to an appropriate law enforcement agency.

An individual who violates the provisions of this Act is subject to a criminal fine, up to five years in prison, or both.

An individual who commits an overt act that kills a child born alive is subject to criminal prosecution for murder.

The legislation bars the criminal prosecution of a mother of a child born alive for conspiracy to violate the provisions of this Act, for being an accessory after the fact, or for concealment of felony.

A woman who undergoes an abortion or attempted abortion may file a civil action for damages against an individual who violates this Act.

The pair cites Kermit Gosnell, a man who is currently serving a life sentence in prison for doing this, as an example of why such acts should never be legal. They also cite an incident in Phoenix last year in which a 21-week-old fetus was born alive and breathing.

We know that just recently, a baby was born alive and breathing in a Phoenix abortion facility, and a staffer told the 911 dispatcher that they could not provide all of the necessary emergency care. The clinic did not have the full complement of equipment on hand and needed emergency responders to come and perform medical care. That baby was pronounced dead at the hospital.

Wow! That sure sounds horrible! Except that literally everything that could have been done was done, and that having had "full complement of equipment on hand" would not have kept that baby alive, because there is essentially a 0% chance that a 21-week-old fetus can survive outside of the womb. To anyone's knowledge, in the history of the universe, there have only been two children to ever survive after being born at around 21 weeks gestational age, one at 21 weeks and 5 days gestation, and the other at 21 weeks and 6 days gestation. Two! Ever! IN THE HISTORY OF THE WORLD. To say that the baby could have survived if the clinic had the right equipment is not only wrong, but cruel.

Stanek and Sasse's legislation also relies on another lie -- that abortion is legal after 25 weeks, which it is decidedly not.

These brutal examples provide an opportunity to set aside our differences on abortion policy and and establish protections for babies who are born alive. Every baby deserves a fighting chance. That’s why the Born-Alive Abortion Survivors Protection Act matters. With the help of medical professionals, babies 25 weeks into pregnancy have ever-increasing odds of living healthy, fruitful lives. This legislation would simply ensure that a newborn who survives an abortion gets her chance by making sure that she receives the same medical attention that would be offered to any other premature baby at the same age. After receiving immediate care, babies would be immediately transported and admitted to a hospital.

Except in certain extreme cases (as in, the mother will die if she gives birth), you cannot legally have an abortion anywhere to begin with at 25 weeks gestational age. In some states, it's 20 weeks. A few state's laws allow for abortion throughout the second trimester (as Roe v. Wade decided), but the 1992 Supreme Court case Planned Parenthood v. Casey moved the federal bar to the point of viability, which, due to advances in medical science, is now around 23-24 weeks. Also, only about 1.5% of all abortions occur after 21 weeks anyway, often due to fetal abnormalities or abortion being difficult to come by in that area.

Stanek and Sasse ask us all to see that this is not a partisan issue, noting that we should all agree no one should stab a living baby to death with scissors after an abortion ends in a live birth. And sure! This is true! I am very, very pro-choice and I do not think that is a good idea. I can pretty much guarantee you that 100% of pro-choicers are fine with the fact that this is already an illegal thing to do. However, the purpose of this law is not to prevent this from happening, or to make it illegal (BECAUSE IT IS ALREADY ILLEGAL) but to make people believe that this is a thing that just happens all the time in all the abortion clinics everywhere, when it most definitely is not. It is to make people believe that Kermit Gosnell is the rule, not the exception. Which would be a lot like assuming that all nurses (LIKE JILL STANEK!) are into the whole "angel of death" thing. Kermit Gosnell was a criminal, and was tried and jailed as such.

But hey! If I'm wrong and they are completely earnest, and truly concerned about babies being born alive during-late term abortions on the regular, then perhaps they should instead consider working to make sure that people have both access to birth control and access to abortion that doesn't require them to travel for several hours and then endure a 3-day waiting period. Because, shockingly, when you create laws to make it difficult to get an abortion in the early stages of pregnancy, you end up with more late-term abortions.

Alas, for some reason I just don't see that happening!