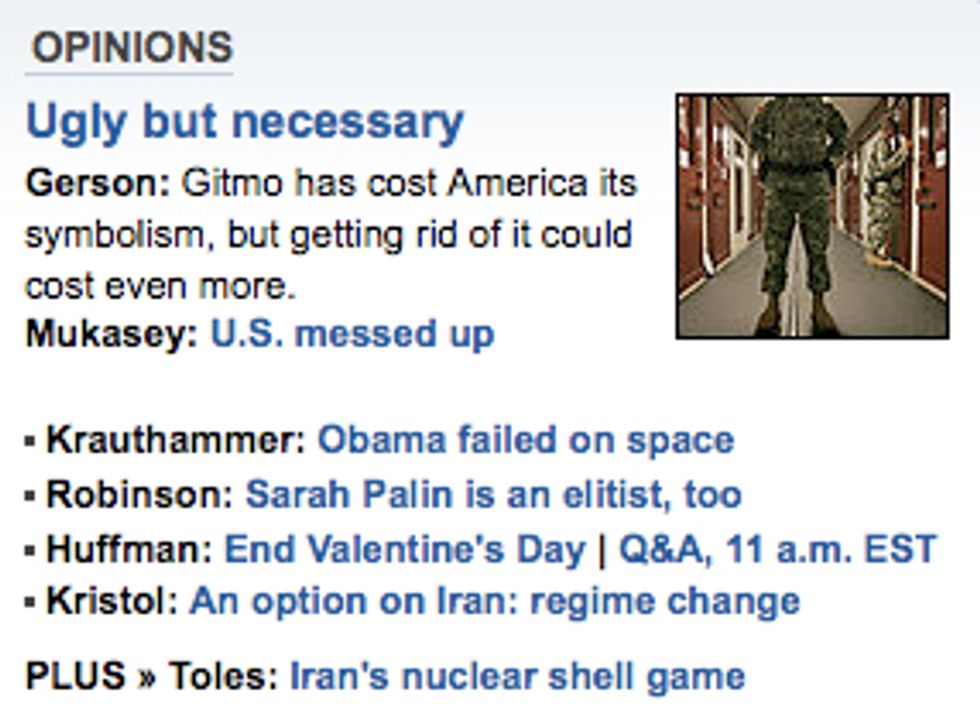 Friday is aspecial day at the beloved Washington Post opinion center: the day when you, the reader, are most likely to look at the front-page teasers on washingtonpost.com and burst into hysterical laughter, without clicking on any of them. The rotation just works out this way!

Basically, why has Obama failed at torturing people and bombing Iran and Winning Outer Space?