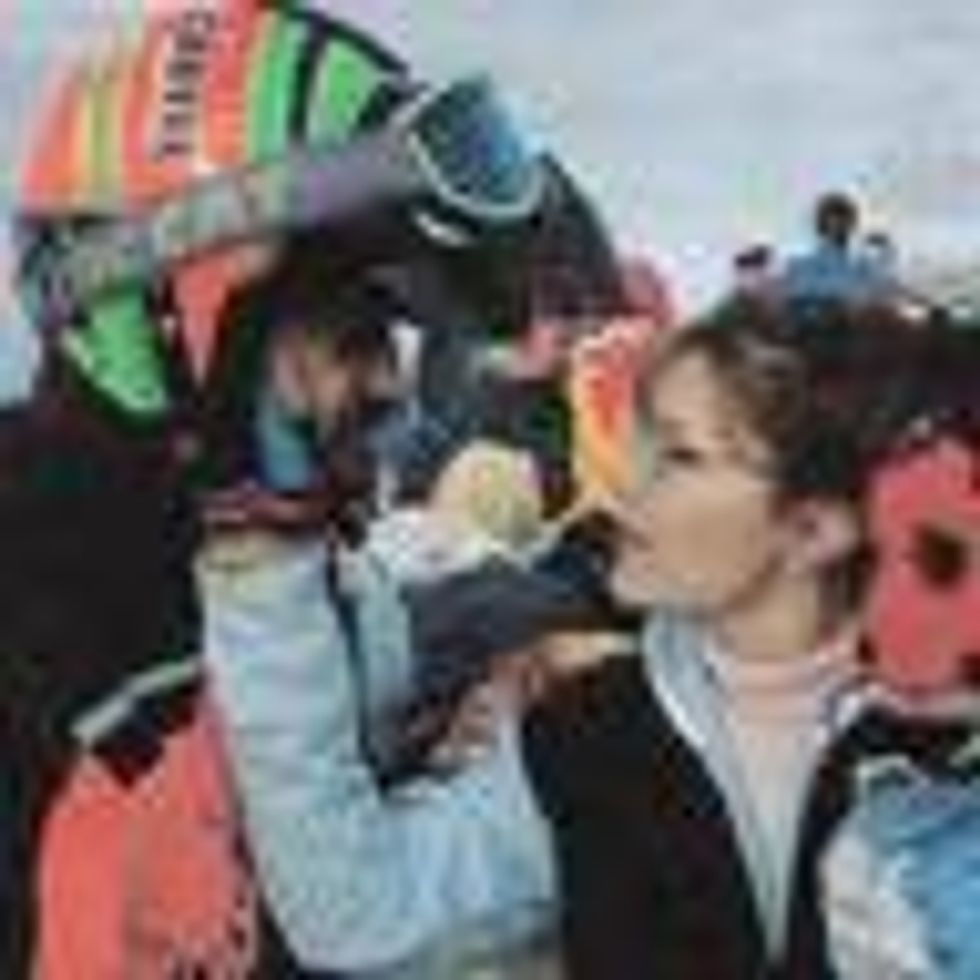 As long as we've "known" Sarah Palin, she has been the family-having homeworker dinner-cooking hockey mom with a husband who performs manual labor outdoors, for money. But now neither of these descriptions bear any resemblance to reality, because Todd Palin has quit his job in the oil field. This is what we would call an "I'm rich biotch!" moment, because Todd Palin is now rich through his wife, as the advance and sales of her ghostwritten diarrhea pamphlet should sop up most/all of the remaining wealth in America. Meg, being funny: "Meghan Stapleton, Sarah Palin's personal spokeswoman, says Todd Palin hopes to return to his union job and for now is spending time with his family." False, and false. But good for Todd! This whole thing has been a real windfall for him, hmm? [AP]