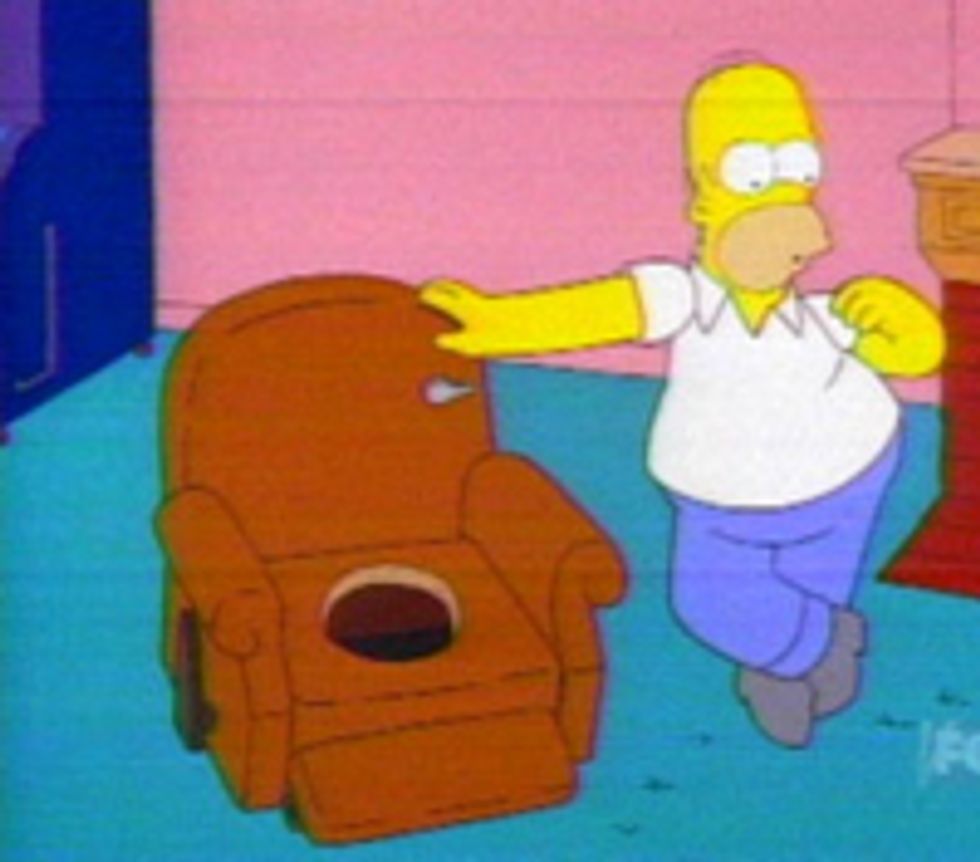 America's greatest president wasGeorge H.W. Bush (the old one), because he bombed a lot of Mexicans somewhere, Panama maybe? Oh and one time he had a war in Iraq, but that was lame because it only lasted a few days and didn't kill a million people and there was no Abu Ghraib torture pornography. Also, he said "read my lips," which is gross, and then he raised taxes a little teeny tiny bit on the billionaires even though mostly they had their taxes cut. So, in many ways, George H.W. Bush was a dismal failure, just like the new U.S. Navy Aircraft Carrier George H.W. Bush, which has no working toilets for like 5,000 dudes and some ladies too, who are holding it in so long they're having "health problems."

The Navy Times reports on this important story:

The Navy’s newest aircraft carrier has a messy problem. Since deploying in May, the Norfolk, Va.-based carrier George H.W. Bush has grappled with widespread toilet outages, at times rendering the entire ship without a single working head.

But it’s no laughing matter. Sailors tell of combing the ship for up to an hour to find a place to do their business, if they can find one at all. Others have resorted to urinating in showers or into the industrial sinks in their work stations. Some men are using bottles and emptying the contents over the giant ship’s side, while some women are holding it in for so long that they are developing health problems, according to sources on the ship.

The sailors blame the ship’s vacuum system. But the Navy is blaming sailors for flushing “inappropriate material” down the toilets.

And what would be "inappropriate material," for the fancy new toilet ship? Osama bin Laden? Tampons? Hashish because there's about to be a search? We bet it is "hashish," as every Navy dude we've ever known who comes back from "that part of the world" is all, "Oh my god, we were so high on hashish for like three years."

The important thing is that the U.S. Military is now literally shitting all over the world, too. [Navy Times via a Wonkette tipster who threatened to stop reading Wonkette forever if we failed to post something on this Crucial Story]