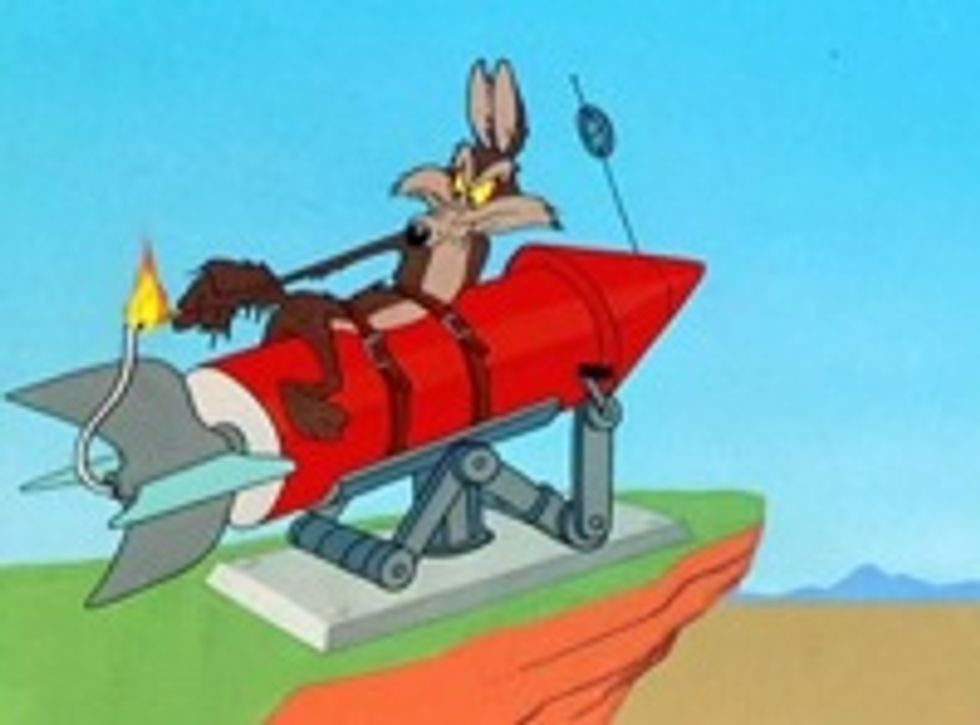 Yikes! Barack Obama might still like this guy for Health and Human Services, but somebody isout to get poor Tom Daschle, an innocent and honorable man who accidentally underpaid his taxes by a hundred thousand dollars and change. Two Democratic turncoats have been whispering in the ears of Politico reporters, to whom we link because one of the reporters is our beloved Ben Smith, who is "friendly." The point is, these Democratic sources totally ratted out Daschle, which means they are being disloyal to the president, which means they will be executed.

Tom Daschle backed the patron who paid him a million-dollar salary and supplied him with a free car and driver for a job inside the Obama administration, two Democrats said Monday.

Leo Hindery, whose InterMedia Partners employed the former Senate majority leader, had been mentioned as a possible secretary of commerce or U.S. trade representative.

"Tom was pushing for him," said one Democratic source.

This Hindery character appears to be a second-tier Democratic patron who never made it to the big time because he always backed losers like John Edwards.

Campaign finance records show that he underwrote private jet travel for Edwards’ 2008 campaign, a campaign finance loophole that has been since closed. A former aide said Hindery paid the bulk of Elizabeth Edwards’ travel expenses.

Jesus. Could things get any worse for Tom Daschle? He has this monumental tax embarrassment, two Democrats go blabbing to Politico about how he wanted his wealthy patron and perennial supporter of the lizard king John Edwards to get an important government position ... what next?

How about the New York Times running an editorial saying he should drop out of the race?

Now we are confronted with an even larger lapse by Mr. Daschle, who failed to pay $128,000 in taxes, primarily for personal use of a car and driver provided to him by a private equity firm for which he consulted. Although the firm — headed by a major Democratic donor — had not issued a form 1099 for the value of the car service, Mr. Daschle said he became concerned last June that he might owe taxes on it and instructed his accountant to investigate. Neither was concerned enough to actually pay the taxes.