Tomi Lahren So Mad At All Those Roy Moore Accuser Ladies, She Could Just Scream! 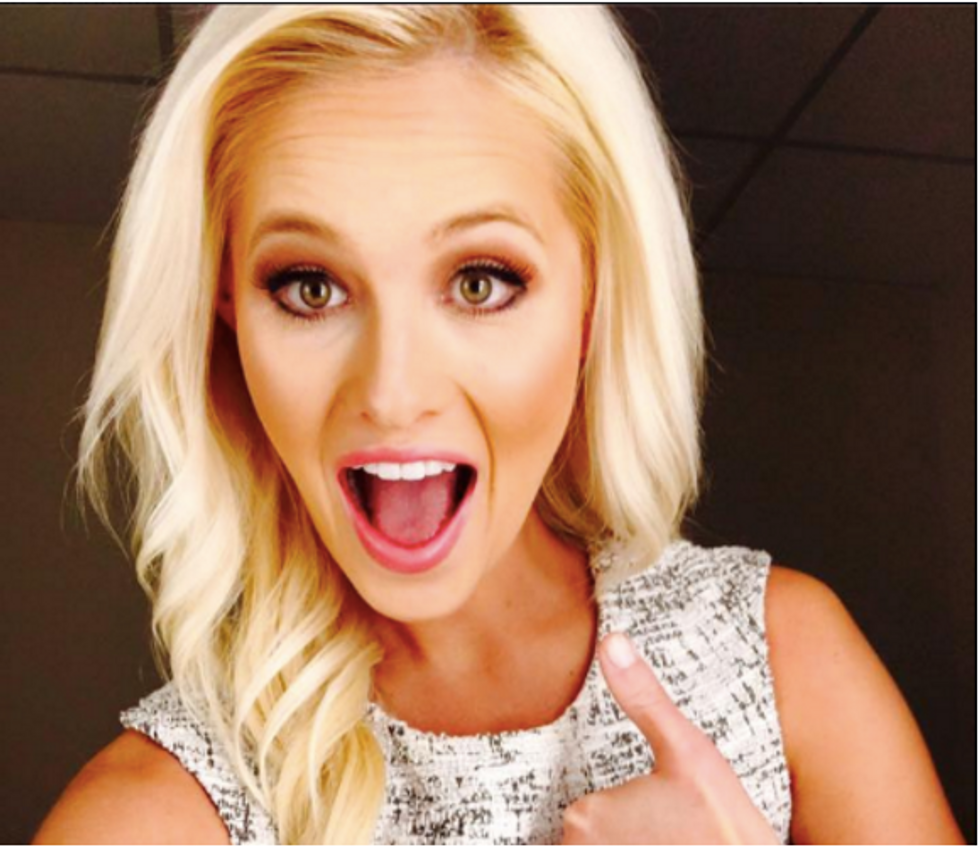 Now that Roy Moore has LOST, it is kind of fun to go back and look at all the people who were so sure that he was going to WIN, and laugh. Because we are petty.

Conservative media darling Tomi Lahren, who is gonna end up with nodules if she doesn't stop belting from the throat all the time, weighed in on the Alabama senate race on Monday. And hoo boy, it is all we hoped it would be and MOORE.

Her take, naturally, was that she is "sick and tired of women who make things up to ruin someone’s life!” adding that “Crying ‘rape’ or ‘assault’ for revenge or political gain hurts actual victims of rape and assault!”

Of course, both of those things, had they been true, would be real bad! Fortunately, they were not.

And yet, Lahren was pretty sure all of Roy Moore's accusers are LYING LIARS. Especially the one she claims "forged" Moore's signature in her yearbook. And why else would they come out with this now, instead of before other elections, huh?

Oh! Except that what Lahren and all her yearbook-truther friends are actually talking about is an annotation that Beverly Young Nelson wrote next to his signature noting who he was and when he signed her yearbook. Which makes a lot of sense given that he did not attend her school and it's not as though she could flip back to his senior portrait or his Model UN group photo and go "OH, THAT GUY."

Perhaps ironically, just four days ago Fox News issued a retraction on an article they published claiming that Nelson had forged the yearbook signature, and removed all instances of the word "forgery" from that article.

Maybe they forgot to tell her about this? That sure seems like a mean thing to do!

It is probably also worth noting that Leigh Corfman, Moore's first accuser, is a lifelong Republican who voted for Donald Trump, and that the Washington Post tracked her down after hearing rumors about Moore's tendency to enjoy the comfort of teenage girls.

Another thing it might behoove Ms. Lahren to consider is that this world we are living in where women are starting to feel more comfortable coming forward with these kinds of accusations is a very new world. It is months old. If you'll notice, a lot of the people coming out of the woodwork now are talking about things that happened to them years ago. That is because "years ago" they had absolutely no reason to think they'd be believed.

But whether they are lying or not doesn't really matter to Tomi Lahren. "I don't know the truth about Roy Moore," she screamed at the top of her lungs, "But I know the agenda he will advance, and that's one that puts jobs, tax cuts, national security, border security and Americans first." Which I guess means that as long as you make it so Tomi Lahren doesn't have to pay her taxes or look at any brown people, you can go ahead and molest all the children you want.

Alas, Moore lost and all Lahren will have to remember him by are the polyps on her vocal chords . Sad trombone.