Top Secret FBI Interrogation Manual Somehow Ended Up In Library Of Congress -- And It's A Cookbook! 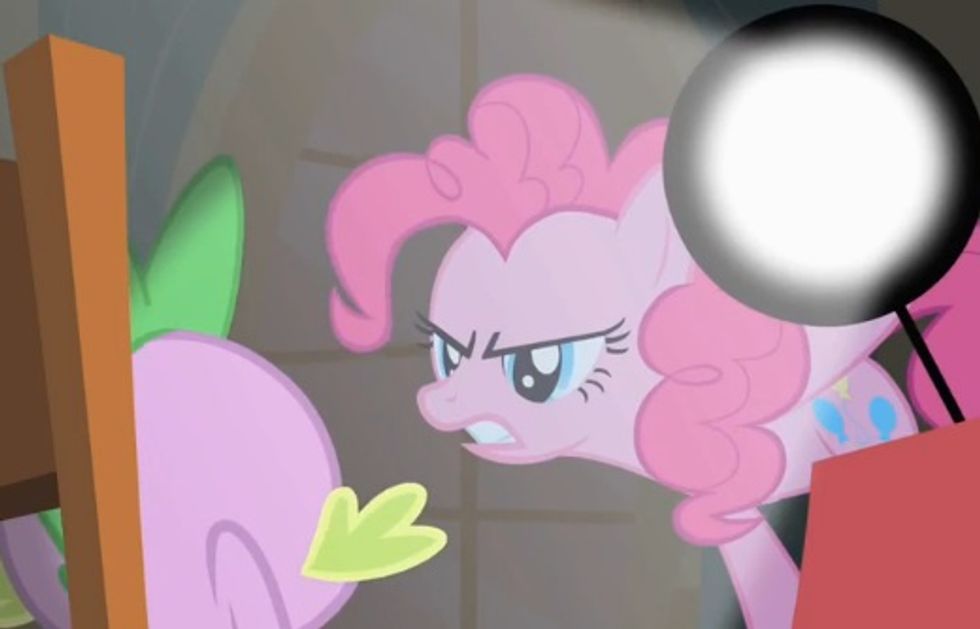 Our oopsie of the day comes to us courtesy of Nick Baumann atMother Jones, who brings us this story of an FBI agent who thought it would be a good idea to submit a copy of a secret interrogation manual to the U.S. Copyright Office -- which means it ended up in the Library of Congress, unredacted and available to anyone who wants to see it. And that's just the biggest of the craptacular snafus in the way the document was handled. These stories of multiple bureaucratic screw-ups gladden our hearts and make us unaccountably happy -- it's somehow reassuringly humanizing to know that the top spies lock their keys in the car now and then, too. Just as long as nobody does that while handling nerve gas, at least.

And as it turns out, the manual is precisely the set of interrogation tips 'n' tricks that the ACLU has been fighting for years to get a copy of -- last year, the FBI finally answered a Freedom of Information Act request by releasing a heavily redacted version of the current version. And the whole time, the 2008 edition of the manual was available at the Library of Congress in all its unredacted, dubious-technique-endorsing glory. No telling whether anyone actually accessed it before MoJo looked at it last week.

And just how many screw-ups led to the secret document becoming not terribly secret? Let us review:

The 70-plus-page manual ended up in the Library of Congress, thanks to its author, an FBI official who made an unexplainable mistake. This FBI supervisory special agent, who once worked as a unit chief in the FBI's counterterrorism division, registered a copyright for the manual in 2010 and deposited a copy with the US Copyright Office, where members of the public can inspect it upon request. What's particularly strange about this episode is that government documents cannot be copyrighted.

"A document that has not been released does not even need a copyright," says Steven Aftergood, a government secrecy expert at the Federation of American Scientists. "Who is going to plagiarize from it? Even if you wanted to, you couldn't violate the copyright because you don't have the document. It isn't available."

To add to the stoopidpile, the agent also applied for the copyright in his own name, which was another no-no -- if the document were copyrightable -- which it isn't -- the copyright would go to the US Gummint, not the agent. Maybe he wanted to show his mom.

Best quote from the MoJo piece comes from the Cato Institute's Julian Sanchez, who sez of the whole sad mess,

"Do they not cover this in orientation? [Sensitive] documents should not be placed in public repositories—and, by the way, aren't copyrightable. How do you even get a clearance without knowing this stuff?"

"The whole thing is a comedy of errors," he adds. "It sounds like gross incompetence and ignorance."

You can almost hear him smacking his forehead there, can't you?

As for the contents of the manual, it's not exactly a guide to becoming a School Of The Americas torture expert, though it does recommend isolating detainees and includes "favorable references to the KUBARK manual, a 1963 CIA interrogation guidebook that encouraged torture methods, including electric shocks." More scarier, a section of the manual that was redacted in the version released to the ACLU

encourages FBI agents to stage a "date-stamped full-body picture" of a detainee, complete with a bottle of water, for use in refuting abuse allegations at trial.

It's awfully nice of them to take care to address concerns about mistreatment so thoughtfully. But look on the bright side -- apart from the Keystone Kops security lapse, the other big news here is that the manual isn't nearly as torture-y as you might expect. Don't you feel reassured now?