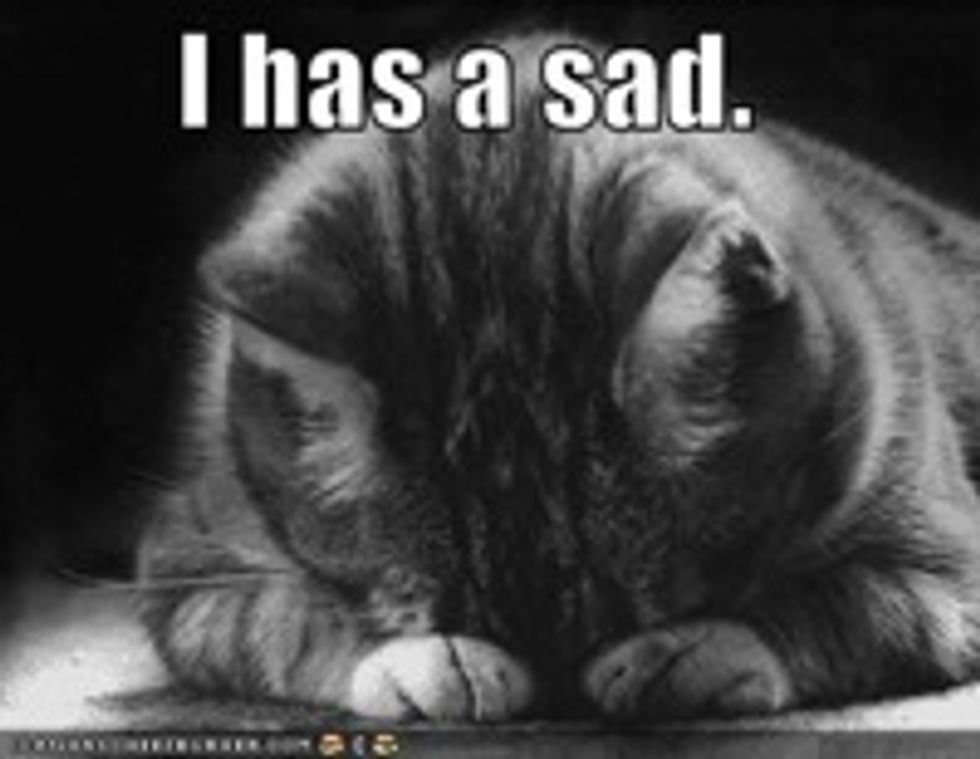 Back in the day before the YouTubes and the cable newses, presidential candidates had to "get the message out" by talking to the reporters who followed them around all the time. But now they don't have to talk to anybody, they can just go onHannity or whatever so now the job of the campaign-trail reporter is to sit on the candidate's plane and bitch about how the candidate never talks to them.

Of course, it's not like either candidate would have much to say even if they did ever bother to talk to these lowly "reporters" whose job it is to "report things." Here is a verbatim transcript of an imaginary press conference John McCain would hold in the back of Straight Talk One:

REPORTER: What can you say to reassure the American people you understand the cause of this financial crisis and know how to fix it?

And here is your Obama press conference:

OBAMA: Thank you. Today I'm wearing [something expensive and delicious].

Of course, if Barack Obama had just agreed to do a million town halls with John McCain, John McCain would not have been forced to do such nasty attack ads and thousands of campaign reporters could have just snuck into these town halls wearing comical hats to disguise themselves as "ordinary folks" and asked their dumb questions that way.