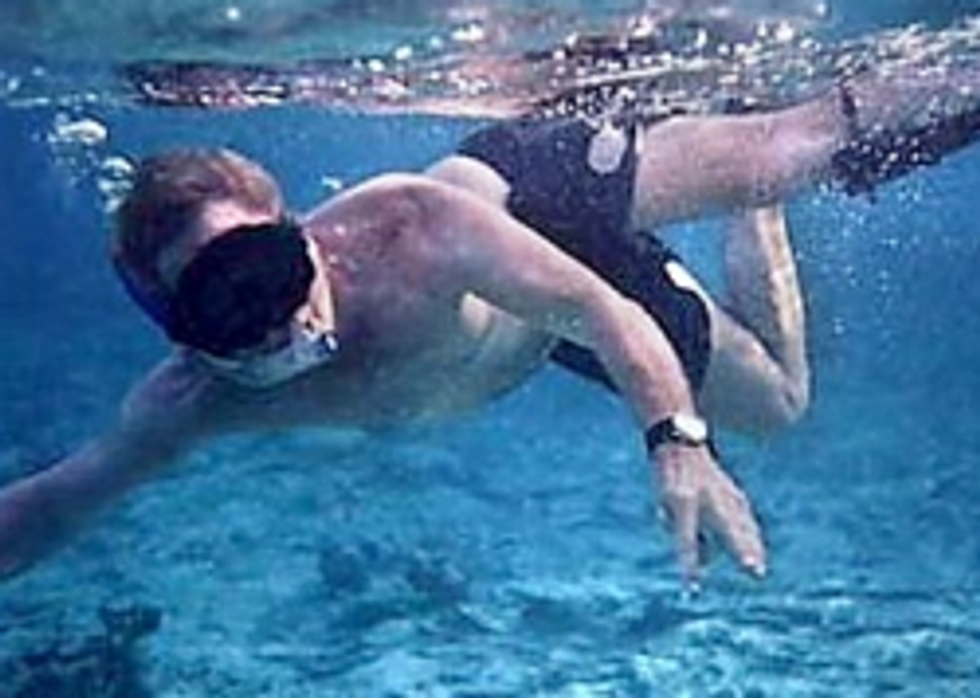 One ambitious Californian by the name of Bill Warren, who has spent decades hunting, but never really finding, treasure at the bottom of the sea, has declared that now Osama Bin Laden's body, not gold, is his everything. Warren has been looking for the body of Bin Laden for about a year, and told the newspaper El Mundo that he now knows exactly where the Navy SEALs "threw" Bin Laden's body "away" like so much McDonald's drive-thru trash on the side of a highway. Per Gizmodo, Warren is now "trying to rent Russian deep diving equipment to locate his payload." "Payload."

The point really seems to be that Warren doesn't actually think this is Bin Laden's body. It's just some double, or it's just a SOLID GOLD MANNEQUIN. So he's going to find hundreds of thousands of dollars to use equipment to dive down to the body, run some DNA tests on it, and then declare "victory," probably by selling his fake story to newspapers and then acquiring that treasure, instead of letting unemployed journalists have it. In any case, Warren says he has "pinpointed the drop point from photos recently released by the US Navy." Yes, this particular little patch of ocean looks exactly like some patch of ocean over which Warren once sailed on his way to the Goonies shipwreck.

I've located where they threw him away. I'm the only one with this information. He's 200 miles to the west of the Indian city of Surat.

Warren is currently an employee of the government of Azerbaijan, and will take a little break starting on June 1 to go look for Bin Laden. Oh, and here's why someone would prefer to hunt for the rotting body of a sociopath instead of gold-filled shipwrecks: Warren has his eyes on political office! He ran for Congress, unsuccessfully, in 1998 and 2002, according to El Mundo, and ran for president as an independent in 2008. So, if Warren can just find the body, prove it's not Bin Laden, the Republicans will all leap up and down and begin to cry, and nominate Warren to be president in a brokered convention in August, and it will be great, because they will all finally have a purpose again (looking for Bin Laden). [Gizmodo]