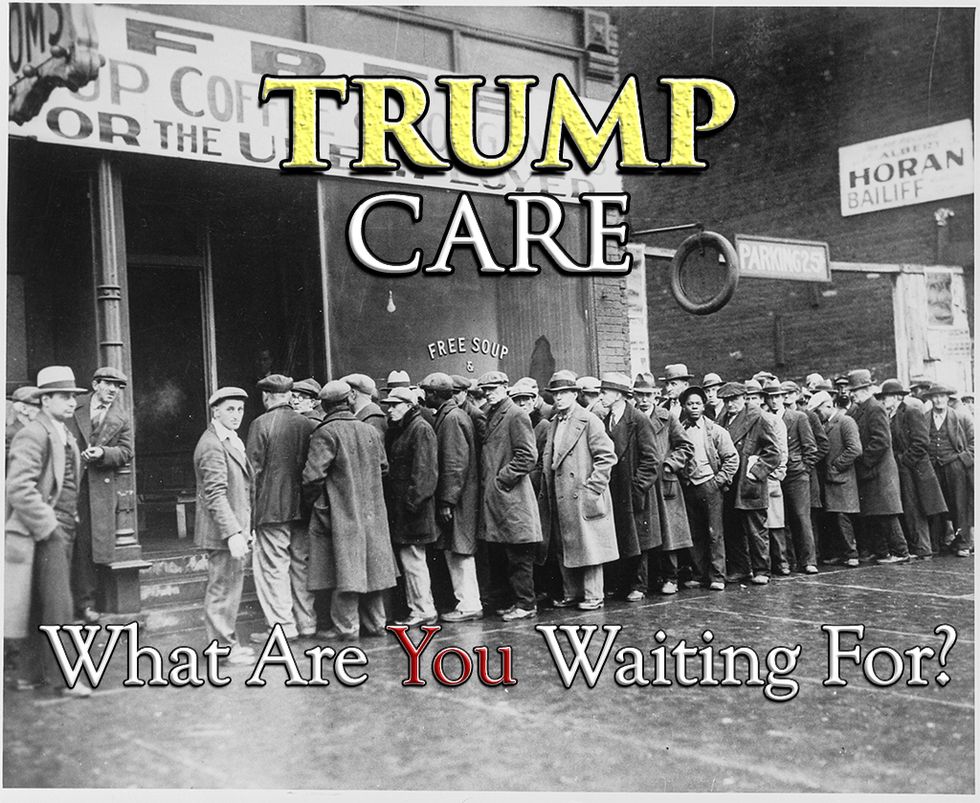 Morning Wonketariat! As always, we have MANY newses for you today, and we're going to get into that in just a second, but first, here's a bunch of pandas falling over.

California wildfires have left 31 dead, and about 400 missing. Fires are expected to get worse today, so PLEASE check-in and let us know you're OK!

After Trump threatened to pull out of Puerto Rico faster than a sportsballer on prom night, he sent out his minions to cuddle the press.

Somebody L E A K E D that Trump hates the Trump Tax Cuts (For Rich People Only) after hearing about how much poor-fucking they cause.

Later today, Trump is expected to bitch about the Iran nuclear deal, but he's not expected to really do anything other than whine like a giant toddler about "bad deals" that limit the number of available nuclear weapons in the world.

Commerce Secretary and filthy rich guy Wilbur Ross sat down with Newsmax to tell all you broke-ass losers why you're so damn poor, and how you're going to LOVE the Trump Tax Cuts' golden showers.

Yesterday, during a meeting of the House Financial Services Committee, Maxine Waters seemed to use mind control powers to hypnotize Ben Carson into saying nice things about Puerto Rico.

Rick Perry oopsied all over the Hill during a House Energy and Commerce Committee hearing yesterday. First, he called Puerto Rico a country, then dodged some questions about all his fancy flying, and defended his love affair with coal and nuclear on the grounds that he's scared "the wind quits blowing, [or] if the sun quits shining."

We can pinpoint when Ryan Zinke fucks off from Washington because Zinke LITERALLY has his own flag that flies on the Interior Department when he's at work.

Roy Moore wants to sell the super old and fancy homebase for his charity, raising questions about how poor this gay-hatin', penny stealing Jesus jerk actually is.

UH-OH! Looks like New York Republican Rep. Chris Collins is going to have to face an insider trading investigation from the Office of Congressional Ethics after it found that he MIGHT have been steering public policy for his own profit. (This is not good news for Tom Price.)

Someone at Newsweek was wondering whether congressional gridlock is all Newt Gingrich's fault (it is), so of course they asked a fucking pedophile. Don't even bother reading this story, it's stupid and has an obnoxious auto-play video.

Steve Mnuchin won't take a number two after both Brian Brooks and Jim Donovan bailed on being the deputy Treasury Secretary.

Kathleen Hartnett-White has been tapped to head the Council on Environmental Quality; she is A Idiot who thinks people fighting global warming are full of shit, once stating, “We’re not standing on a cliff from which we are about to fall off.”

People are fucking pissed about Trump's NOAA pick, Barry Myers, calling him a corporate shill who wants to gut and privatize free services provided by the National Weather Service.

California Democratic Senator Dianne Feinstein wrote an op-ed warning about Mitch McConnell's plan to kill off blue-slips for judicial nominees. It is good, and you should read it.

Americans have gotten even fatter according to a new CDC study that says 40 percent of olds and 20 percent of youths are now obese. Remember, you don't need six-pack abs, you just need to stay active and eat healthy, like B. Barry Bamz and Michelle! (Who both have six-pack abs.)

People are already buying flooded homes homes in Houston for $.40 cents on the dollar, setting the stage for a housing crisis just a few years down the line.

North Korea is hinting about destroying Guam (AGAIN) now that we've ignored them for two or three days.

Twitter may have deleted the Trump-Russia smoking gun in its attempt to protect the privacy of all the idiots who tweet out dick pics, or philosophize while taking a dump.

Facebook ALSO deleted its Trump-Russia data after it got caught by a university researcher who was investigating Facebook's profitable collusion with Russian fuckery.

NOTHING is safe from Russian fuckery! They've been embedding themselves all over the internet among Youtubers, Tumblrinas, and there's a good chance one of the last few Pokemon Go! players isn't just your average sweaty, basement dwelling dork. Et tu, Pikachu?

The IRS has temporarily bailed on using Equifax to ID taxpayers since Equifax can't seem to stop hemorrhaging customer data.

The head of national sportsball secretly deployed his wife to the Twitter-verse to bullshit the Nice Times he brings to sportsball in order to distract you from all the black people protesting police brutality. #TakeAKnee [Archive]

A sportsballer wrote a long and thinky call to action for other sportsballers to #TakeAKnee against team owners and the national sportsballing group.

TUESDAY, TUESDAY, TUESDAY! See the most terrifying, death defying, and awe inspiring battle in the history of humankind! It's the world's first ever GIANT ROBOT FIGHT!

Here's some bonus Nice Time of Bill Murray performing West Side Story with Jan Vogler and some friends.

And here's your morning Nice Time! Hedgehog pr0n with Sir David Attenborough! It's so hot! We're ad-free because of readers like you, so give us your money (please)!
Dominic Gwinn