Trump And Kellyanne Conway: If The President Does It, That Means It's *Not* Illegal! 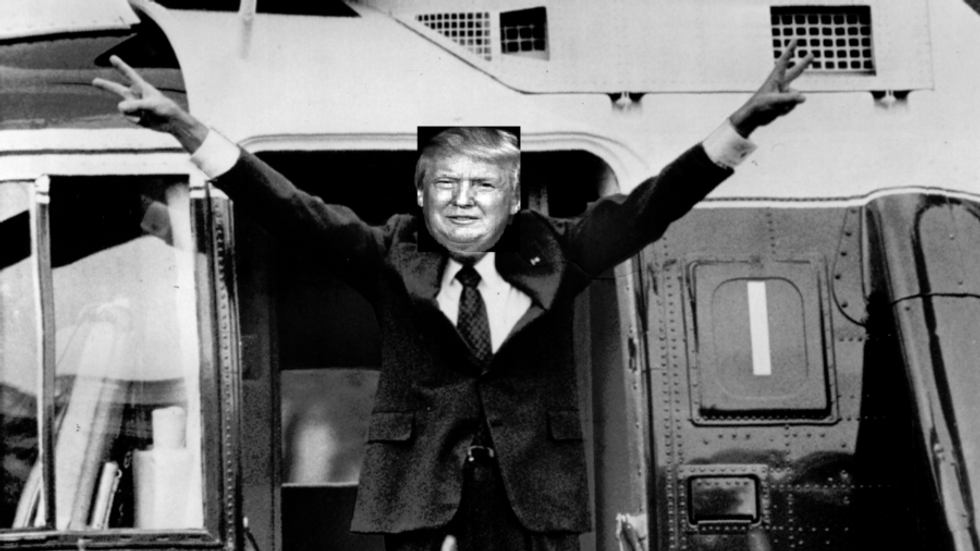 Yesterday, TalkingPointsMemo broke the news that in his congratulations call from Argentina, President-elect Donald Trump shook down the Argentine president for some building permits like a common Tony Soprano. All the mainstream newspapers were very excited about it for about 10 minutes, but then Trump and Argentine President Mauricio Macri both denied it, and what are you going to do, NOT BELIEVE THEM???

Would Donald Trump ever lie to you?

Oh, hmmm, about that:

Apologies in advance, because this is going to get long, but we need to talk about the Trump Tower in Argentina for a second.

As the kids say: click through and read the whole thread. Eric Trump's business partners at Y&Y Development are able to set up a call between Trump and the Argentine president with whom he's had a crap relationship, and the very next day, Trump Tower in Buenos Aires announces it's breaking ground in 2017, even though it still ain't got no papers. So just, you know, for posterity.

In the meantime, at a press availability at Trump Tower, Kellyanne Conway was asked about Trump's unprecedented conflicts of interest. (He registered eight separate companies in Saudi Arabiaduring the presidential campaign, and has been shaking down the foreign diplomatic corps via his stupid hotel, and has enlisted British fascist and possible Ambassador to the US Nigel Farage to put the kibosh on a wind farm that would spoil the view from Trump's golf course -- fun tidbit on that one: Trump spokeswoman Hope Hicks is caught in a very stupid lie! -- and then there's the small matter of LITERALLY SO MANY CONFLICTS OF INTEREST NO MEDIA OUTLET CAN KEEP UP.)

But is any of that really a problem? Conway told Bloomberg reporter Jennifer Epstein, "I'm very confident he isn't breaking any laws. He has various lawyers, accountants, and advisors telling him what he can and can't do."

Are those the same lawyers and accountants who said Trump University was full steam ahead?

Are they the same lawyers who testified under oath Trump lies to them so much, they have to meet with him in pairs?

And are they the same lawyers who said that as a matter of law, you may rape your wife?

Because I feel like that guy's not that good at "law."