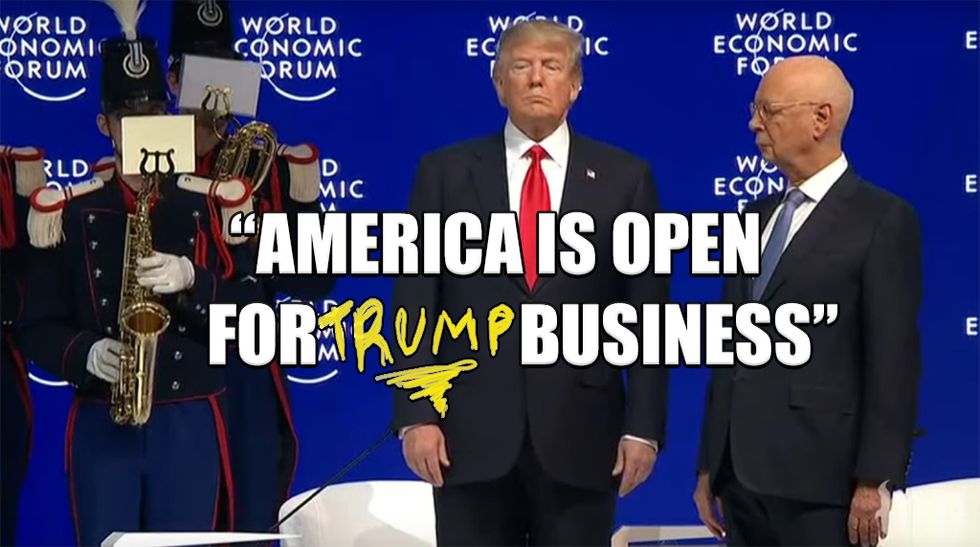 Last night we told you about how Donald Trump tried to go all Saturday Night Massacre on Robert Mueller until his lawyers called him a pussy and threatened to quit. This morning, Trump is denying that it happened, and Hannity is hilariously embarrassing himself (as usual) while Fox & Friends wonders, "Do you even care?"

Regardless of what Trump says to reporters, Trump's attorney John Dowd says that HE will make any decisions about Trump talking to Robert Mueller.

A new report from Dutch news outlets de Volkskrant and Nieuwsuur details how good guy hackers and the Dutch intel service warned the FBI about Russian fuckery in the DNC, and that they were quietly watching Russian espionage teams screw around inside DNC servers. [Video]

Russia pushed 129 fake events on Facebook during the 2016 election, reaching about 340,000 people, but Google, Facebook, and Twitter are saying that nothing is fucked here; that this is a complicated case with a lot of ins and a lot of outs.

NPR hopped in the Wayback Machine and found the FBI has always been a bit political, from Teddy Roosevelt to Teapot Dome, to Nazi punching and gangster hunting, HUAC and hippies, and from MLK to Watergate.

Dame Peggington Noonington furiously scrawls that the youths of today know not the struggles of real life, that their silly liberal pronouns are obtuse and ill-conceived machinations of false prophet politics, and that one must pick themselves up by their bootstraps, even if St. Reagan didn't give out any bootstraps. [Archive]

Paul Ryan is taking a victory lap around sick and dying children after reauthorizing the CHIP funding bill he allowed to lapse.

The White House says it will release a Trump-branded DACA deal that seeks billions to build his wall, while allowing for a gravel road to citizenship that could take a decade, and Democrats are already scoffing at his majesty's most gracious "concession."

The Trump administration is getting ready to issue an EO that would keep Gitmo open in order to house all the freedom-hating terrorists.

The SEC is considering legislation to bar investors from suing companies, that way public businesses wouldn't have to worry about being held accountable to the public.

Congressional Republicans are signaling that they're likely to include raising the debt limit in a Feb. 8 omnibus spending bill, but big money spectators aren't holding their breath.

Rep. Patrick Meehan has announced he won't run for reelection now that he's been outed as a sex creeper who stalked a member of his staff.

Even though he's bedridden from cancer treatment, John McCain still manages to be a pain in the ass for many Republicans, even if he has to literally phone it in.

A seemingly sympathetic federal judge in Maryland had some encouraging words for a new suit against Trump's DC hotel, asking the plaintiffs to amend allegations that the hotel violates the emoluments clause so that it's more likely to succeed.

According to new FEC filings, Pro-Trump PACs and groups dumped their coffers into Trump's DC hotel last year, and paid tens of thousands of dollars for Trump campaign officials like Corey Lewandowski, Brad Parscale, and David Clarke to consult on things needin' consulting.

During an interview with Piers Morgan in Davos, Trump sort of offered to apologize for tweeting anti-Muslim crap from British hate groups, saying that he's not racist, and that he didn't know the videos were racist until people told him they were racist.

Just in case your underwear wasn't soaked with fear-induced urine, The Bulletin of Atomic Scientists has moved the Atomic Clock forward 30 seconds to two minutes to midnight. What hath science wrought?

A congressional report found that it's ridiculously easy to buy fentanyl from China on the Internet, detailing how simple Google searches led to finding $766 million in blackmarket fentanyl sales.

A graduate of the Derek Zoolander Center For Kids Who Can't Read Good And Who Wanna Learn To Do Other Stuff Good Too and sovereign citizen was arrested in Arizona after leading police on a high-speed chase that ended in a head-on collision.

Mayor of San Jose Sam Liccardo "You're Fired" himself from the FCC's Broadband Deployment Advisory Committee after realizing that Ajit Pai doesn't give a shit about small towns and cities, and was only interested in working groups comprosed entirely of telecom representatives.

This morning Trump bragged and boasted to all the filthy rich folks in Davos that  America now has an "open for business" sign, signaling that he wants Not America to give him all the money they've been hiding. Clearly this is the speech that makes Donald Trump president.

Yesterday, Trump continued his tireless, bumbling effort to shatter 60 years of US foreign policy by opening his mouth and praising Brexit, threatening NATO allies and Palestinian aid, and giving Israel a very unnecessary reach around.

Puerto Rico is hoping that its new plan to settle billions in debt for pennies on the dollar will keep the corporate vultures from picking them to pieces.

The European Court of Justice has found that Hungary's anti-gay refugee laws were illegal, stating that there's no legal justification for psychological tests being used to asses asylum applicants. FABULOUS!

North Korea has been caught exporting coal to Russia in violations of UN sanctions. As usual, Russian officials denied everything, called it fake news, then waved around a VHS tape.

The DNC has tapped Yahoo's former IT security guy, Bob Lord, for chief security officer in order to safeguard the party against cyber fuckery.

The Trumps asked the Guggenheim for a Van Gogh to hang in Melon Trump's White House living quarters, but the museum offered them an 18-karat fully functioning solid gold toilet instead. The Trumps declined as it wasn't 24-karat toilet.

And here's your late night wrap-up! Stephen Colbert wondered where in the world Melon Trump is hiding; Seth Meyers took A Closer Look at Trump in Davos; The Daily Show poked the "secret society" with a talking stick; Jordan Klepper gave a master class on using LIBERAL propaganda against itself.

And here's your morning Nice Time! IT'S FIONA! She's grown up so fast!

We're ad-free and reader supported, so give us money to keep the lights on and coffee flowing.