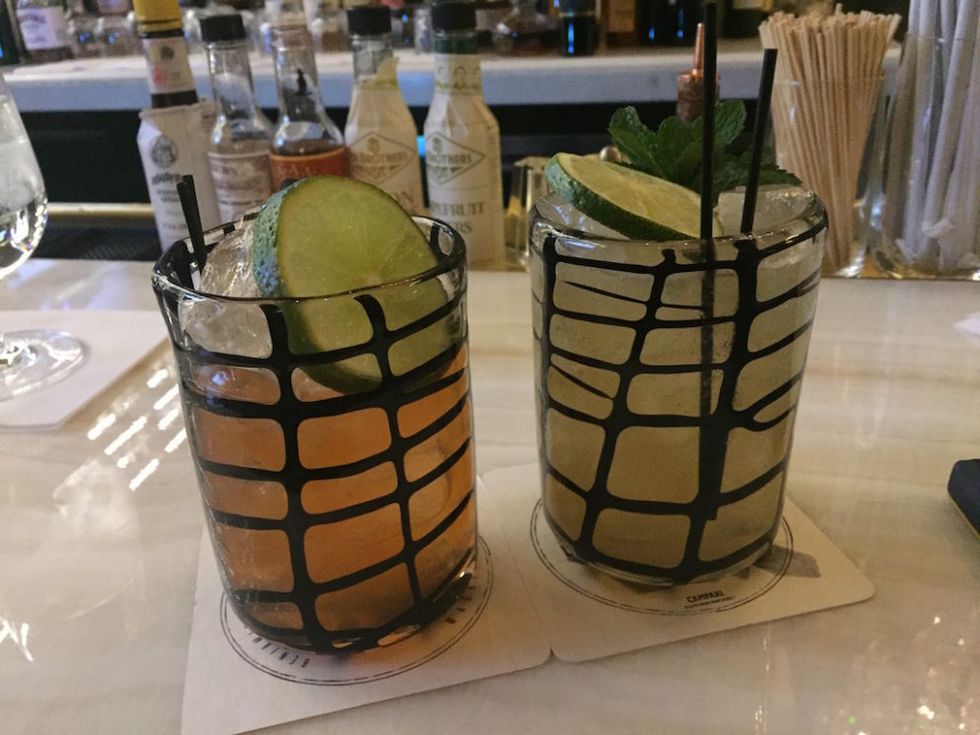 Donald Trump, as we have learned, is a man of the people. Blue collar folks from all across the country voted for him because he just "gets" them. Reportedly. However, said people cannot likely afford to drink in the bar of his DC hotel, the most expensive bar in all of Washington.

When the bar opened on September 12, the Washingtonian reports, the cocktails ranged from $16-$24, which is not an amount I would pay for a drink, but probably other people would. The prices have since been jacked up twice, and now the cheapest cocktail you can get is $24. Even the prices on beer have gone up, and a bottle of Bud Light will now cost you $8 instead of $7. The fact that there are people out there who would pay $8 to drink Bud Light at the Trump Hotel when a six-pack costs six bucks is pretty much the reason Donald Trump is going to be our president.

Here is the old menu with the price changes reflected:

The most expensive cocktail on the menu is a $100 martini made with three different kinds of vodka -- which sounds less like something that is luxurious and more like something you did in high school so your parents wouldn't notice that any liquor was missing. Said martini also includes three oysters and a tin of caviar, which basically makes it the cocktail version of the "luxury pie" from Black Books.

If you are not that thirsty, you can also order a sip of wine in a crystal spoon, for $15, $20, $29 or $140 dollars, depending on the wine. Those prices have also increased since September, though the concept is no less ridiculous.

Washingtonian blogger Jessica Sidman sampled two of the drinks, which, while expensive, do not actually seem to be very good.

[T]he drinks I sampled were not worth the asking price. I tried the Romanesque Revival (bourbon, honey, mint, ginger). “For the mister?” our bartender asked. My husband opted for the Please Sign Here (mezcal, Aperol, chartreuse, lime juice). Both were as sweet as mai tais.

Why are they jacking the prices up so? Probably because now they're thinking it's like Disneyland and all the rube tourists will save up their hard earned money to drink at the Trump Hotel? Or maybe it's a money laundering scheme meant to give foreign officials a simple way to pay Trump for his "services"? Who knows! All I can tell you is that if you pay that much for anything, as my dear mother would say, "they saw you coming."

Which, also, seems like an apt metaphor for the entire Trump campaign.