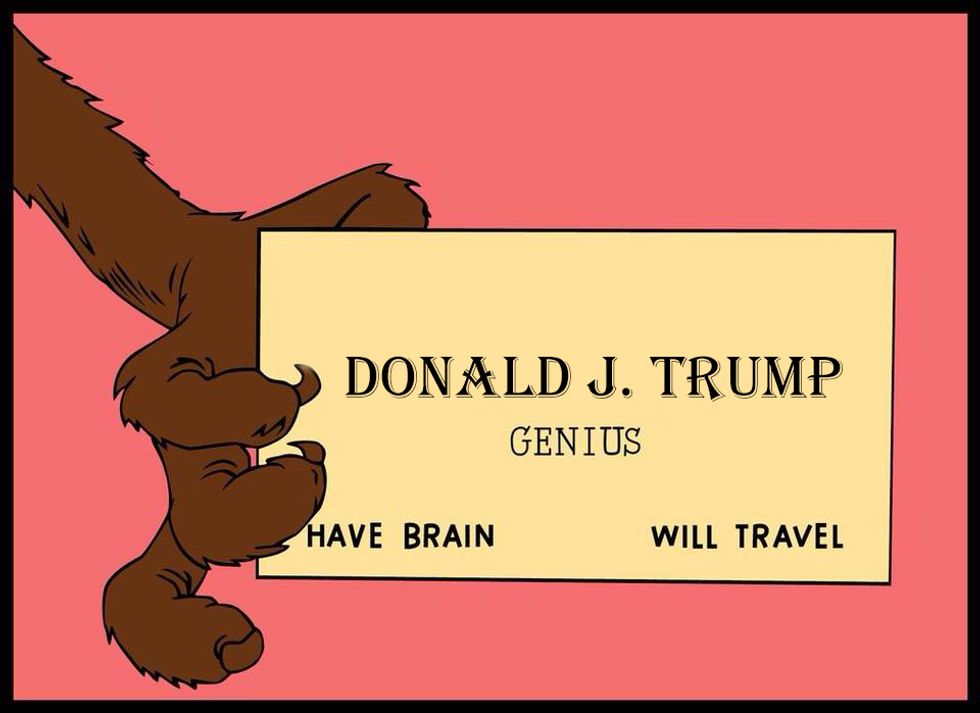 This morning, before anyone was able to finish their first cup of coffee, Trump started railing against reports about his mental instability. In a series of tweets, Trump boasted about how he's a "a very stable genius" and, "like, really smart."

Want Even More Nasty Trump Gossip From Michael Wolff? What A Gluttonous Slut You Are!

Is This Robert Mueller's Favorite Part Of Michael Wolff's Dirty Trump Book? Bet Your Ass It Is!

Oh, lookee here! Another bullshit lawsuit out of Trumpland!

Get The Latest Hot Gossip Before Trump's Smart Lawyers Get Michael Wolff's Book DELETED FROM THE WORLD!

Trump's frostbitten butthurt is clearly aimed at Michael Wolff's new book, "Fire and Fury," which quotes a number of aides as calling him A Idiot, a moran, and, "dumb as shit." At first, we thought maybe Trump read a story from earlier in the week about how Congress secretly met with a head shrink from Yale who warned that Trump is already unraveling, noting his conspiracy peddling and brain farts as evidence, but that's not possible since Trump doesn't read. If he did, he might know that Ronald Reagan actually did have Alzheimer's.

“We feel that the rush of tweeting is an indication of his falling apart under stress. Trump is going to get worse and will become uncontainable with the pressures of the presidency.”

Trump is currently at Camp David making the Secret Service taste test his airdropped Egg McMuffins, and he dragged a bunch of Republicans with him. It's supposed to be a "working weekend," you can tell because some intern tweeted out a photo of them at big table talking about infrastructure, building his stupid wall, and winning bigly in the 2018 midterms.

One face NOT at the table is Jeff Sessions, that's because he wasn't invited to Trump's Siberian slumber party. Sessions is apparently still on Trump's list of bad hombres after recusing himself from the Trump-Russia investigation last year. There's also been calls from Trumplandia for Sessions to be "You're Fired" for being bad at lawyering for Donald Trump. The rumor mill on the Hill has it that Trump has locked his brain trust inside a cabin in the woods in order to murder all the Trump-Russia investigations.

Since Trump's tweets are only window into what's actually going on in Maryland's frozen mountains, we'll just have assume that Trump, is "like, really smart," perhaps even a "genius," and that there's nothing sinister going on in that secluded cabin in the woods.