Trump Demands Dancing Girls Be Washed, Brought To Him 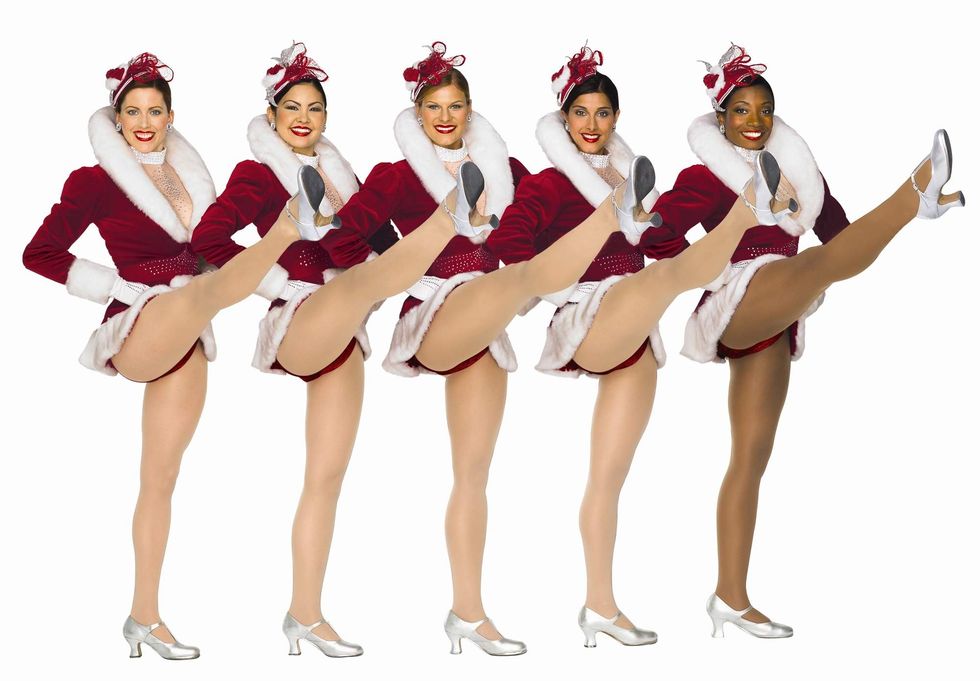 Poor Donald Trump has had a real hard time getting anyone that anyone has ever actually heard of to perform at his inauguration ceremony. Outside of Ted Nugent and Kid Rock and The Mormon Tabernacle Choir, the current line-up includes Jackie Evancho -- who was most notably a runner-up on America's Got Talent back in 2009, a literal wedding band called The Reagan Years that plays '80s cover songs, and The Mixx, which is, I shit you not, the exact same band as The Reagan Years, just playing songs from other eras.

The camp has reportedly asked The Beach Boys to perform as well, and they are taking their time to consider it. Which is shocking, actually, considering that Mike Love will play at the opening of an envelope, and is also the worst. I would sincerely be amazed if Mike Love were like, "No, Donald Trump is too awful, even for me, Mike Love, one of the worst people ever in the history of music. I, a person who is not even ashamed to have wrought 'Kokomo' upon he world, and who had no qualms about taking advantage of Brian Wilson's mental health issues for my own financial gain, draw the line at Donald Trump." What would you even CALL something like that?

But no matter! Donald Trump has some solutions. First of all, he totally didn't even WANT any of the cool kids to come to his party anyway, so the joke is on them for thinking he did! LOL!

His other solution? Well, he got fellow rich person James Dolan -- the CEO of Cablevision, chairman of Madison Square Garden and owner of the Knicks and the Rangers -- to gift him some pretty ladies to dance for his amusement. Dolan, as MSG chairman, is boss of The Rockettes, and has thus commanded them to perform at the inauguration ceremony.

However, many of The Rockettes themselves are not pleased, and soon after the announcement, many of them were reportedly saying they do not want to perform for His Orangeness. One of them, Phoebe Pearl, posted the following to her Instagram account in response:

“I usually don’t use social media to make a political stand but I feel overwhelmed with emotion. Finding out that it has been decided for us that Rockettes will be performing at the Presidential inauguration makes me feel embarrassed and disappointed. The women I work with are intelligent and are full of love and the decision of performing for a man that stands for everything we’re against is appalling. I am speaking for just myself but please know that after we found out this news, we have been performing with tears in our eyes and heavy hearts. We will not be forced! #notmypresident”

Unfortunately for them, however, they are represented by the American Guild of Variety Artists, which says they are not allowed to boycott the performance, because it's part of their job and they are paid to do high kicks, not to have opinions. However, the union also says that those who are not full-time will not be forced to sign up to perform at the event. This was explained in a letter obtained and verified by BroadwayWorld.com:

We have received an email from a Rockette expressing concern about getting "involved in a dangerous political climate" but I must remind you that you are all employees, and as a company, Mr. Dolan obviously wants the Rockettes to be represented at our country's Presidential inauguration, as they were in 2001 & 2005. Any talk of boycotting this event is invalid, I'm afraid."

"We have been made aware of what is going on Facebook and other social media, however, this does not change anything unless Radio City has a change of heart. The ranting of the public is just that, ranting. Everyone has a right to an opinion, but this does not change your employment status for those who are full time."

"This has nothing to do with anyone's political leanings (including AGVA's), it has to do with your best performance for your employer, period. I will reiterate that if Hillary Clinton was the President-elect, nothing would be different, and there would probably be those who would not want to be involved because of her. It is a job, and all of you should consider it an honor, no matter who is being sworn in. The election is over and this country will not survive if it remains divided."

"Everyone is entitled to her own political beliefs, but there is no room for this in the workplace."

At any given time, there are about 36 Rockettes, 12 of whom are full-time year-round. The rest sign holiday contracts that expire after the Christmas Spectacular.

However, as Chris Peterson of OnStage points out, declining the gig -- even if they are part-time and thus "allowed" to -- may not be a possibility for many of The Rockettes, as doing so could impact their career and likelihood of being chosen to be a Rockette again, and there are just not that many career options for professional dancers. According to the Bureau Of Labor Statistics, only 1.4% of all those in New York City who identified as "dancers" on their tax returns are regularly employed.

Donald Trump is, of course, in favor of laws allowing Christian bakers to refuse to decorate cakes for gay weddings, and in favor of laws requiring pharmacists to be allowed to refuse birth control, if it is at odds with their conscience. Apparently, lady dancers are another story altogether, and if he says shake it, they must shake it.

Though many these women will have to dance for Trump whether they like it or not, we and they can all take solace in knowing that while they do, they are probably imagining kicking him right in his stupid face.