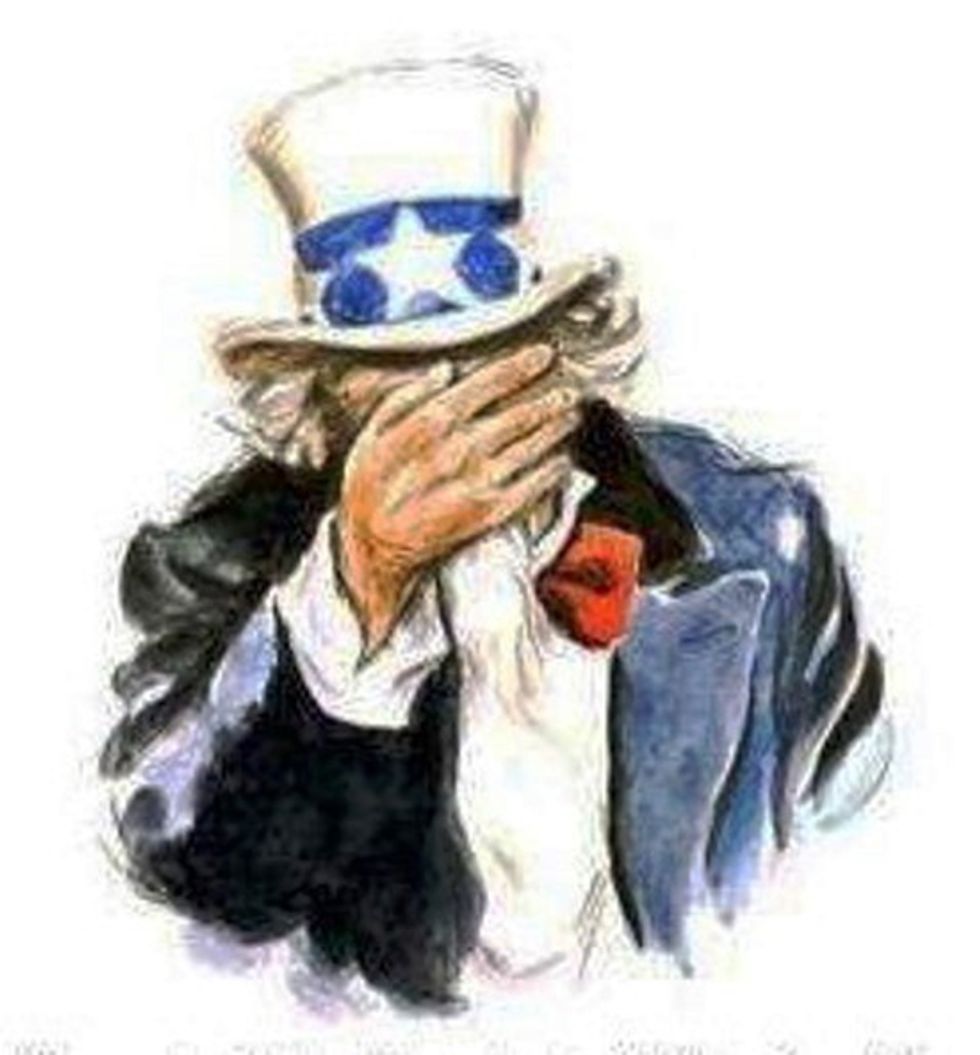 I want YOU to stop being a national embarrassment

Donald Trump took bold action on an issue of national importance today, announcing that transgender people would no longer be allowed to serve in the military "in any capacity" because they are just too weird and icky for him to handle:

Is there anything left for the military to discriminate against, or is this the last one? We think it's the last one!

Trump's announcement -- by Twitter. We have a president who issues policy directives by Twitter, in between rants. That is NOT NORMAL -- reverses a decision announced in June 2016 by Barack Obama's secretary of Defense, Ash Carter. Carter's announcement came after a yearlong review of the policy after it was suggested by Obama; we're betting that, the stuff about "consulting with generals and experts" notwithstanding, Trump's announcement followed something he saw on Fox News. Huffington Post social media editor Ethan Klapper may have found the Smoking Dumb:

Oh, and to appease the Gods of Irony, Trump's tweet reversing civil rights for transgender service members comes on the anniversary of Harry S Truman's executive order desegregating the military in 1948.

Reports are already coming in that the sudden reversal of policy came as a complete surprise to many in the defense establishment; Trump doesn't appear to have consulted the Senate Armed Services Committee:

The Wall Street Journal is also reporting that the Pentagon was taken by surprise by the announcement:

“The tweet was the first we heard about it,” said a defense official familiar with the matter.

As with most of Trump's Instant Policies, it's not entirely clear what will happen to trans people who are already serving, as if they were actually people with lives and careers and families. Trump has decided they are a problem, so they will be dealt with, and someone else can handle the details.

The Washington Postreports that beyond a brief statement promising to "continue to work closely with the White House to address the new guidance provided by the Commander-in-Chief" and to "provide revised guidance to the Department in the near future," the Pentagon is referring all questions to the White House. Translation: Donald Trump consulted with his dick and the television.

The Daily Beast reports that the decision was pushed in part by Vice President and Christianist Weirdo Mike Pence, and that the Pentagon had no idea the announcement was coming, not that officials will ever go on the record with that. One trans service member speculated, "When (Trump) makes a statement that he’s talking to generals, the generals exist in his head."

Some staffers in the Pentagon were every bit as astonished as everyone else, according to reporters from

Buzzfeed and the Military Times:

Secretary of Defense Jim Mattis had announced at the end of June that the Department of Defense would take another six months -- at the request of the Joint Chiefs of Staff -- to review going ahead with allowing transgender recruits. That review related only to allowing new recruits who are trans to serve; there appears to have been no discussion at the time about rescinding the policy protecting serving members of the military put in place last year. It appears Trump's tweet may make any further Pentagon review moot, though of course today's decision will almost certainly result in a flood of lawsuits.

That page also still includes a video on Ash Carter's announcement of the policy, in which Carter says,

Our mission is to defend this country, and we don’t want barriers unrelated to a person’s qualifications to serve preventing us from recruiting or retaining the soldier, sailor, airman, or Marine who can best accomplish the mission.

Carterhad this to say in response to Trump's announcement:

As for Trump's contention that the Pentagon simply can't handle the enormous economic burden of gender reassignment surgery (which only some trans people even want, not that Trump would know), a RAND Corporation study undertaken during the Obama administration's yearlong review found there would be relatively low costs:

As one troublemaking fact-nerd pointed out on Twitter, that compares to $84 million a year the Pentagon spends on Viagra. Or, if you prefer another metric, Brian Sims, a state legislator from Pennsylvania, noted on Facebook that the high end of the RAND estimate is probably well below what the federal government has already spent this year on golf outings for Donald Trump.

An administration official was remarkably open about the real motivation for the decision, telling Jonathan Swan of Axios that the decision was all about culture war politics:

This forces Democrats in Rust Belt states like Ohio, Michigan, and Wisconsin, to take complete ownership of this issue. How will the blue collar voters in these states respond when senators up for re-election in 2018 like Debbie Stabenow are forced to make their opposition to this a key plank of their campaigns?

It's difficult to see how this will really be a decisive issue in 2018, since the people who spend all their time freaking out about trans people in the bathroom are already voting Republican. As for broad national appeal, it seems unlikely, given that just two weeks ago, the Trump-loving House of Representatives couldn't get enough votes to bar the Pentagon from spending funds on gender reassignment surgery; the amendment to the defense authorization died in a 209-214 vote, and 24 Republicans voted against it.

Still, there are plenty of bigots who will now decide that even if he's saying mean stuff about Jeff Sessions and taking away their healthcare, Donald Trump is still their best pal, a regular guy who understands what's good for America: making life miserable for minorities that Trump voters hate.

Yr Wonkette is supported by reader donations. Please click the "Donate" linky to help us help you deal with all this shit.