Trump Grabs French First Lady's Arm By Pussy, Then Pervs All Over Her. Diplomacy!

May I have this weird disgusting dance?

GODDAMMIT, what is wrong with him? When Donald Trump got out of the limo to greet French president Emmanuel Macron in Paris Thursday, their handshake wasn't quite like it usually is. Normally, young, fit, sexually active Emmanuel Macron handles the tiny puss-grabbing hand of Trump with brute force, then stares into the nearest camera and makes love to it in the French language. Today was more subdued, as Macron just grabbed Trump's hand and held it where he wanted it, but more nice-like. So of course Trump had to immediately fuck it all up and remind the world what a gross creep he is, by doing SOMETHING REALLY WEIRD when he shook French First Lady Brigitte Macron's hand. They did the common French hug and kissy kiss on both cheeks, then Trump grabbed her hand WITH THE INCORRECT TINY PAW, held it in the air for a second, and then YANKED IT. You know, like normal people do.

Here, watch them both:

WHAT THE HELL WAS THAT? That was not a human gesture! But we guess the ladies just let Trump get away with it, on account of how he is a celebrity who takes them furniture shopping.

Trump completely made up for it later, though, by explaining to his wife and the French first couple that Brigitte is "beautiful" and "you're in such good shape!" This is a normal thing for the leader of the free world to say to the first lady of France, and it's not at all sexist.

Here's the video. Trump on France's First Lady: "You're in such good shape." pic.twitter.com/DHtI4rxsXZ

Hey remember that time Donald Trump lied and said he was leaving Marla Maples for that OTHER French first lady, Carla Bruni? Bruni was like "Non, connard!" and it later turned out Trump had planted that fake news in the New York Post all by himself. At least he hasn't done THAT to Brigitte Macron.

Trump continued to present America's best face to the world during his joint presser with President Homme Sexy. We already told you he used the occasion to blame Barack Obama for setting up that conspiracy meeting between his fugly son and that Russian lady lawyer. That was special. But he ALSO reaffirmed his commitment to our relationship with France, because "France is America's first and oldest ally." GOOD JOB SO FAR! END YOUR THOUGHT RIGHT THERE.

He did not end his thought right there. He added, "A lot of people don't know that," which is the thing he always adds when he's sharing information he's learned in the last five minutes. Remember when he told a room full of Republicans that a lot of people don't know Abraham Lincoln was a Republican? This was that, but more embarrassing because 1) EVERYBODY FUCKING KNOWS THAT and 2) he was on an international stage. We do not know how Macron made it through this presser without giggling:

"France is America's first and oldest ally. A lot of people don't know that." pic.twitter.com/Z4yNw7QewD

He didn't say it, but he probably wanted to add that he's been hearing Joan of Arc has been doing tremendous work these days.

This post ends where it began, with a question: GODDAMMIT, WHAT IS WRONG WITH HIM? 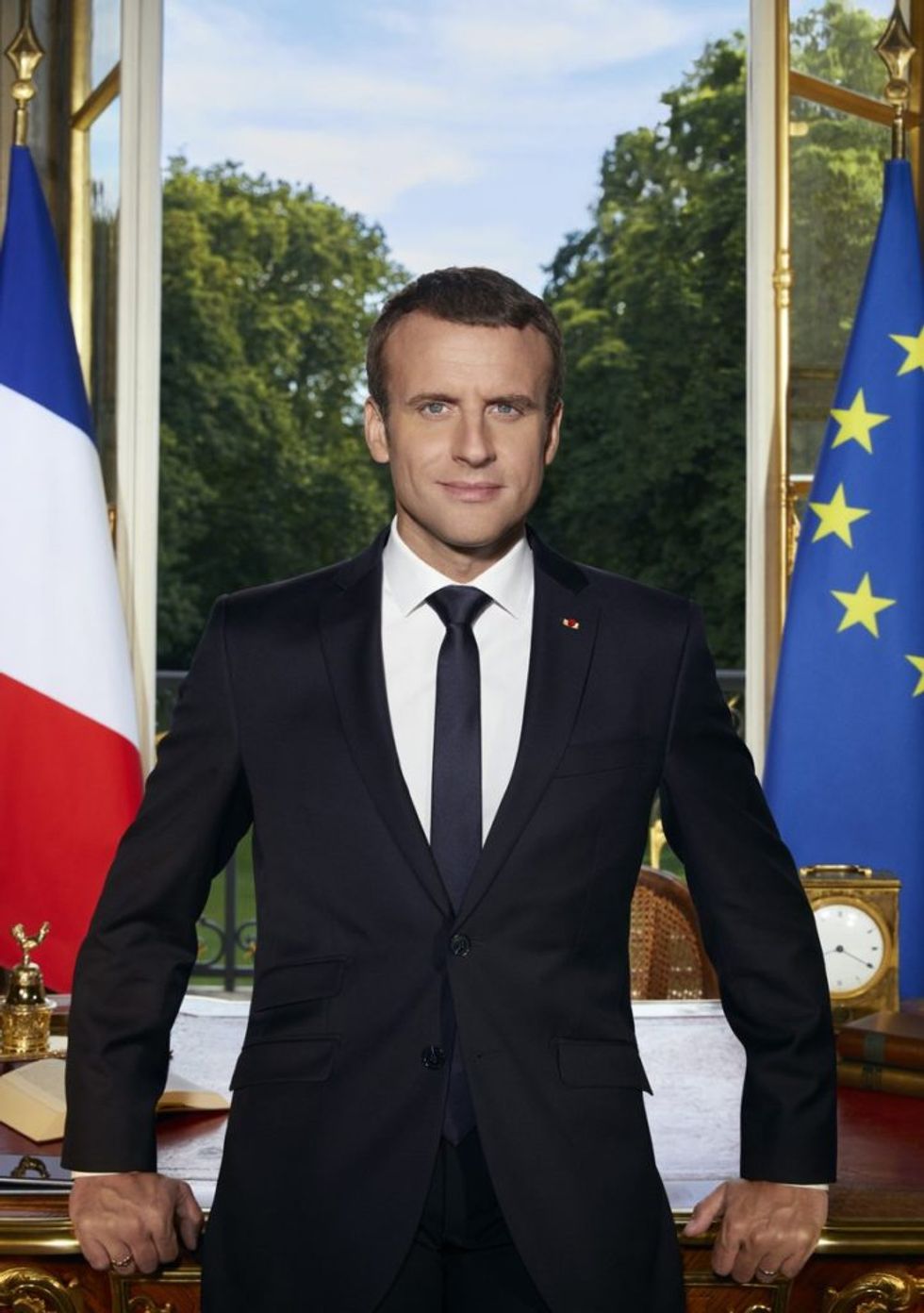 Wonkette salaries are funded by readers like you! If you love us, click below to fund us!

Immigrant Teens Not Yet Being Waterboarded, So Why All The Fuss?

Trump Big, Peach Small! How He Will Fit Into This Roundup?