Trump Hopes Nothing Bad Will Happen To Civil Servants Who Testify Against Him, That Would Be A Damn Shame! 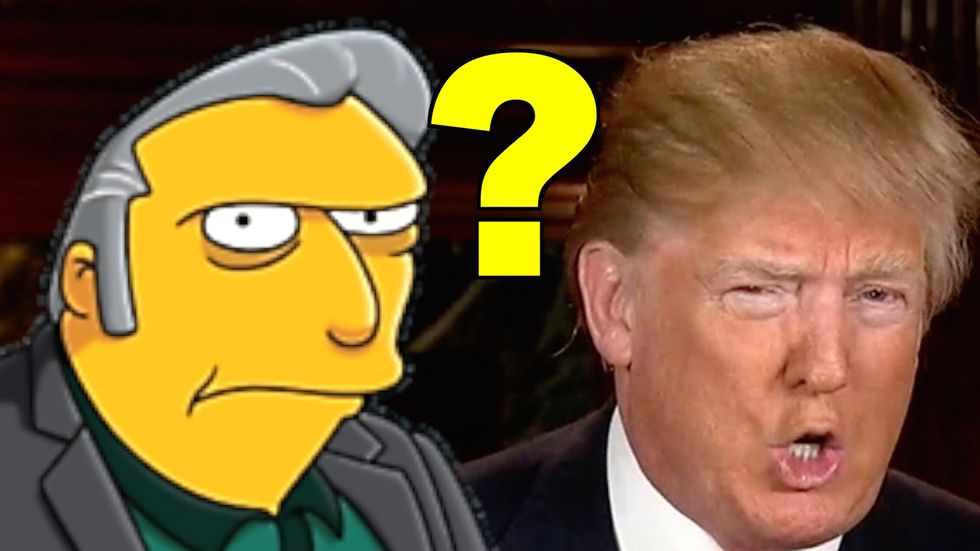 Hey, remember this fall when all of a sudden the GOP Howler Monkey Brigade kicked those attacks on the FBI up to 11? Remember that weasel Devin Nunes flinging feces and shouting THE DODGY DOSSIER and DEEP STATE even though he was "recused" from the Russia investigation? And instead of whacking that little shit with a rolled up newspaper, law and order Senators like Chuck Grassley and Ron Johnson joined in to pretend that civil servants who spent decades serving their country were somehow #RIGGED for Hillary?

Well! In an absolutely amazing coincidence, this all happened right after White House lawyer John Dowd told Commander Spray Tan that top FBI officials Andrew McCabe, James Baker and James Rybicki were potential witnesses against him in Mueller's obstruction of justice inquiry. Because James Comey, sensing shit was about to go sideways when Trump asked him to "just let this go" with literal, actual foreign agent Mike Flynn, looped in his top guys. Weird, huh?

Yesterday, Foreign Policy reported that Trump's takeaway from this conversation was to "fight back harder" against those guys who had the goods on him ALLEGEDLY. And wouldn't you know it, the GOP goon squad was there to answer the call!

Now we're not suggesting that Dowd told Trump to rev up the slime machine -- he's no Tom Hagen. Obviously, Tom Hagen would never have been stupid enough to discuss Corleone family business in public where a New York Times reporter could hear him.

Calm down, dude! We all know you're telling the truth -- you blabbed your whole legal strategy to Ken Vogel months ago. Although, if President Executive Time called up all his pals on the Obamaphone to say, "My lawyer says McCabe, Rybicki and Baker are gonna be a problem," he probably waived attorney-client privilege anyway.

But more to the point, it sure looks like your very stable genius client set out to destroy the reputations of the guys who could corroborate James Comey's testimony against him. And it looks like the GOP was happy to ruin the lives of career civil servants (not to mention endanger their families from those Pizzagate gun nuts), just to protect the president.

FBI owes answers abt "insurance policy" against Trump victory...& if nothing to hide, why would senior FBI leaders use secret phones that "cant be traced" to talk Hillary? DOJ needs to give JudicComm full transparency/cooperation 2 restore public trust. FBI CANT BE POLITICAL