Trump Knows What Native American Veterans Like, And It Is Racist Pocahontas Jokes! 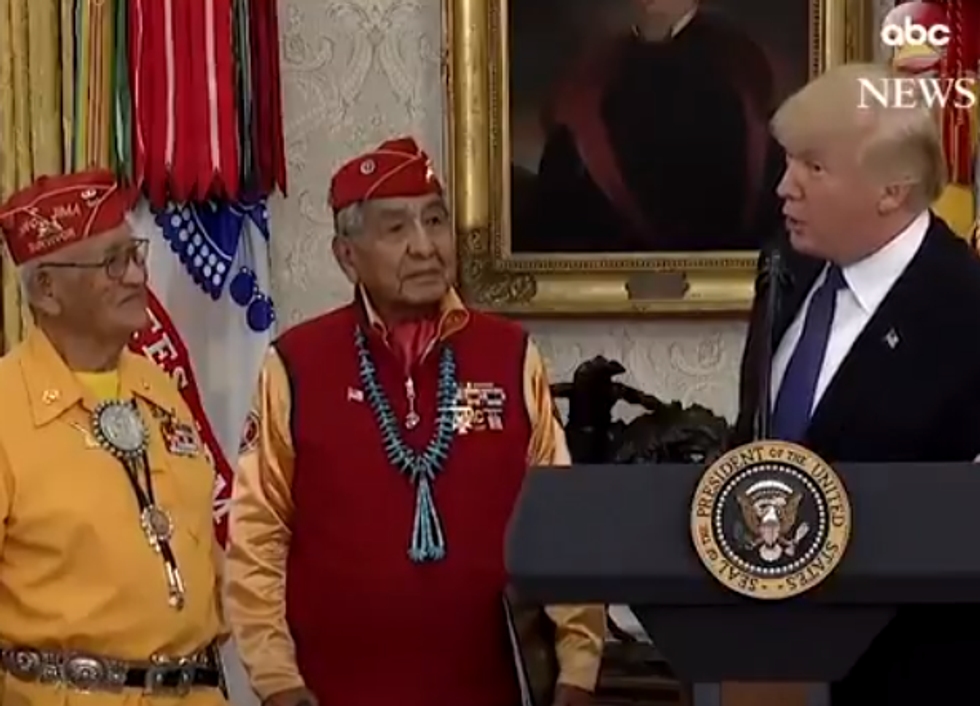 We're running out of ways to say the president is a disgusting piece of shit.

Donald Trump had a nice event at the White House on Monday. At a ceremony honoring Navajo code talkers, who served in World War II and used their language to send secret messages that helped the US win the Battle Of Iwo Jima, he mostly shut his mouth and let one of the veterans do the talking.

Then he decided quiet time was over, and showed those Native American veterans his one true talent, which is hurling racism at the people he's supposed to be honoring:

Pres. Trump at event honoring Native American code talkers: "We have a representative in Congress who they say was here a long time ago. They call her Pocahontas." https://t.co/BnGk3GW3cypic.twitter.com/SOGoXEIT6d