Trump Makes It Official: I'M WITH THE ACCUSED KID MOLESTER! 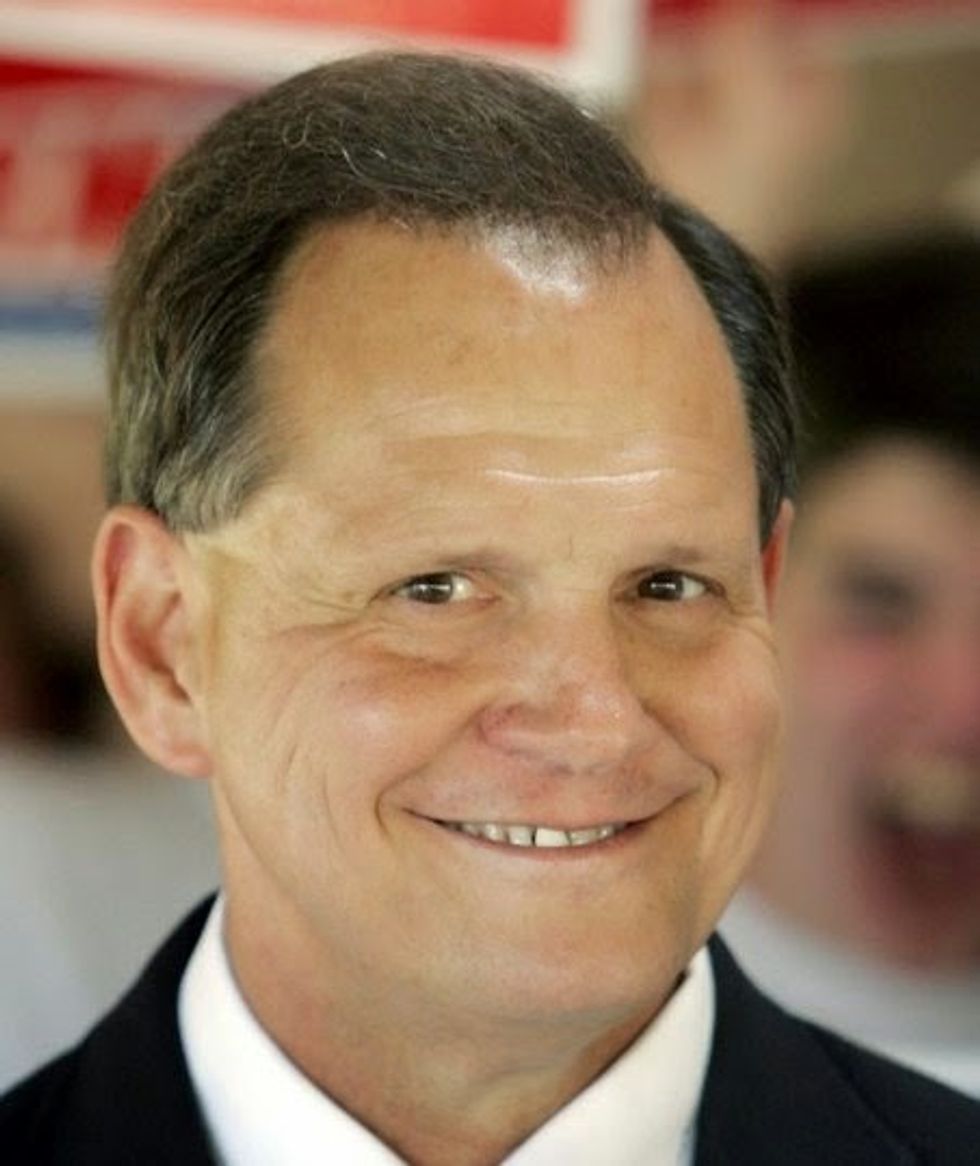 Monday morning, before he rolled his voluminous ass out of bed to go downstairs and begin another week of (ugh) presidenting, Donald Trump tweeted these very important thoughts:

Oh, was that an official endorsement? Sorta kinda, sure why not! It's unsurprising that a president who's been accused of sexual assault and harassment by tons of women would enthusiastically grab hands with a Senate candidate who's been accused of LITERALLY SEX TOUCHING CHILDREN. They're like two little perverted peas in a pod, aren't they, ALLEGEDLY?

Well, the OFFICIAL endorsement has now happened, just in case you weren't clear on how excited Trump is to #MAGA with the accused child molester:

Ah yes. Trump was on Air Force One traveling to Utah to slice and dice some national monuments (including Grand Staircase-Escalante, probably because he's afraid of stairs), so he picked up his Obamaphone to call the old accused kid toucher and endorse him. Don't know how that conversation went, but we wouldn't be surprised if it was something like this:

TRUMP: All my accusers are grown-ups!

MOORE: All mine were kids when I sex-slimed them, ALLEGEDLY!

TRUMP: And they say the Republican party isn't diverse!

Kayla Moore, whose husband spotted her and felt a tingle in his drawers when she was a teenager, was very excited:

This is all just good news for Democrats, regardless of what happens in the December 10 special election. If Doug Jones ekes out a win (DONATE HERE!), we're one seat closer to a majority in the Senate. If Moore wins, literally every Democratic candidate in the nation can run against the god-bothering Alabama pervert and the puss-grabbing White House pervert. Most Americans have higher moral standards than the average Alabama Republican, so odds are Democrats will give the GOP the electoral beatdown it deserves in the midterms.

Feel free to try to figure out what "MAGA" stands for when Roy Moore says it in the comments. Probably "Make America Grope Adolescents" or something.