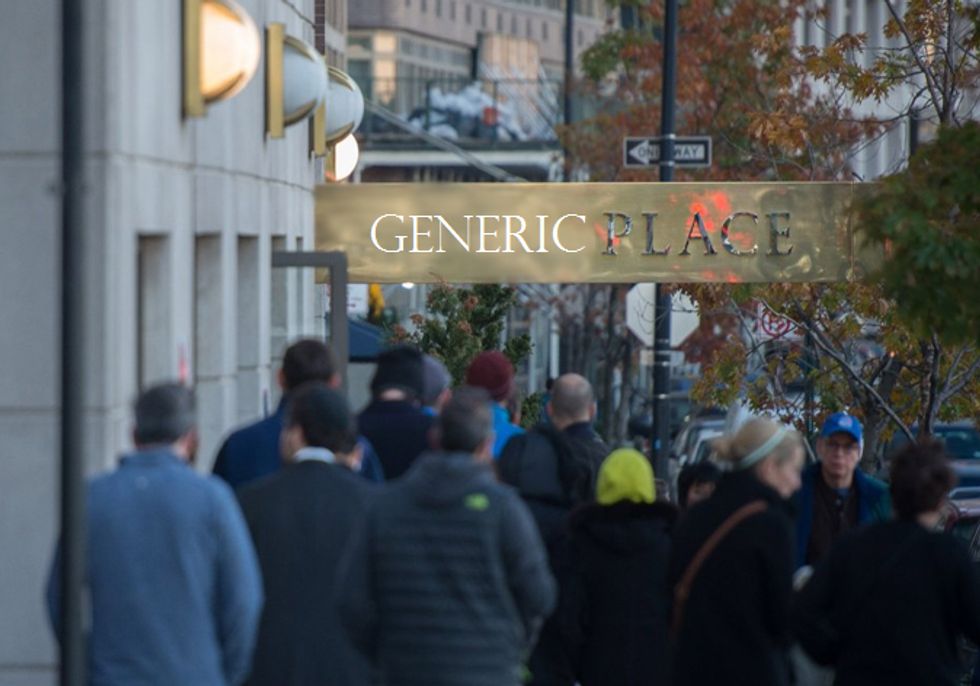 Still working on the branding

Now that even the Trump Organization is running from the Trump name, it should be no surprise that, as of Wednesday, the name "Trump" will be taken off several Manhattan buildings by the owners, who have decided the name no longer screams "Luxury and success" so much as it just plain screams incoherently. The buildings, at 140, 160 and 180 Trump Place on the Upper West Side, were developed by Trump in the 1990s, but Equity Residential, the current owner, will be taking down the signs and actually changing the street name, because "TRUMP" doesn't quite appeal to renters like it used to.

“We are in the process of rebranding the buildings using their street addresses as the property names,” said Marty McKenna, a spokesman for Equity Residential.

“The goal is to assume a more neutral building identity that will appeal to all current and future renters.”

You know that when "neutrality" is seen as preferable to a name, that name has a taint. Or is acting like one. The Guardian reports that "hundreds of residents" signed an online petition started by renters to "Dump the Trump Name" from the buildings. One resident, Juliet Herman, said she was "thrilled" by the prospect of not living in a "Trump" anything anymore:

“I couldn’t be happier,” Herman said. “Because honestly I believe in treating people equally, so to me I’d say to feel that my building is no longer a part of the political atmosphere makes me feel good.”

Herman said in the past month there had been incidents in which people had thrown eggs at the outside of the buildings. She said she had experienced negative reactions when she told people her address.

“I’m looking forward to people not bringing politics into it any more when they come visit or see where I live.”

Another resident, Erin Kelly, who had campaigned for the name change, said a simple street number would demonstrate "more respect for the diverse community of residents and employees who live and work here than anything the buildings’ now-former namesake has ever said or done," and said she was "personally grateful to Equity" for listening to residents and others who signed the petition.

Equity had already removed Trump-branded doormats from in front of the buildings before the election, and the big "TRUMP PLACE" signs will be taken down today. While the buildings will now simply go by their original street addresses on "Riverside Boulevard," sources close to Yr Wonkette inform us that market research showed "Bedbug Terrace," "Sucking Chest Wound Plaza" and "Mangled Baby Duck Place" all had greater appeal to New Yorkers than any name involving Trump.

Trump spokesperson Hope Hicks did not reply to a request for comment from the Guardian, presumably because she was still helping her boss figure out what exactly it is that the president of the United States is supposed to do, anyway.